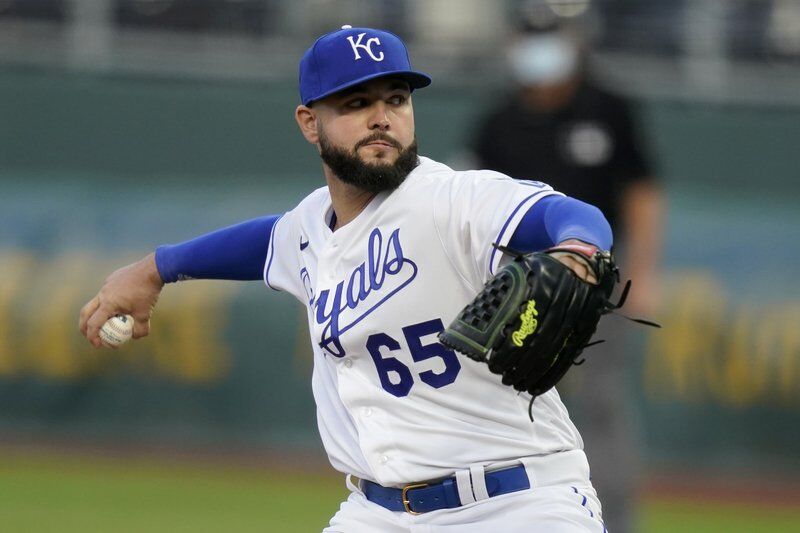 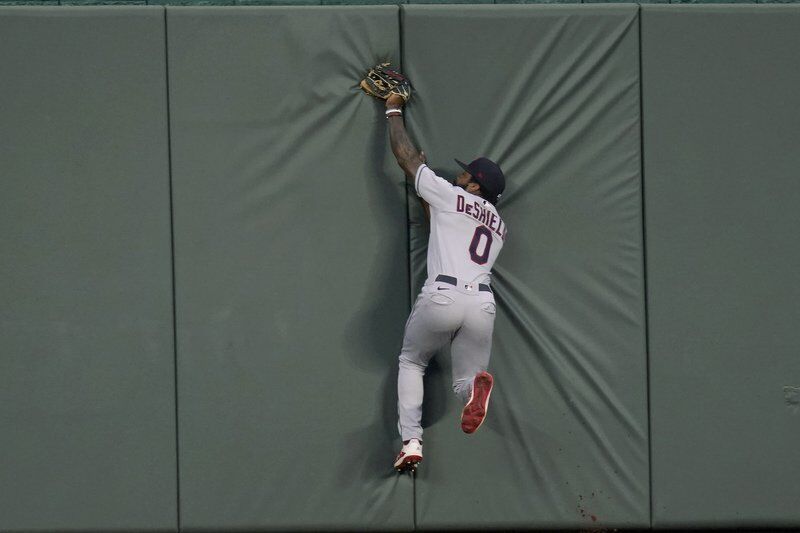 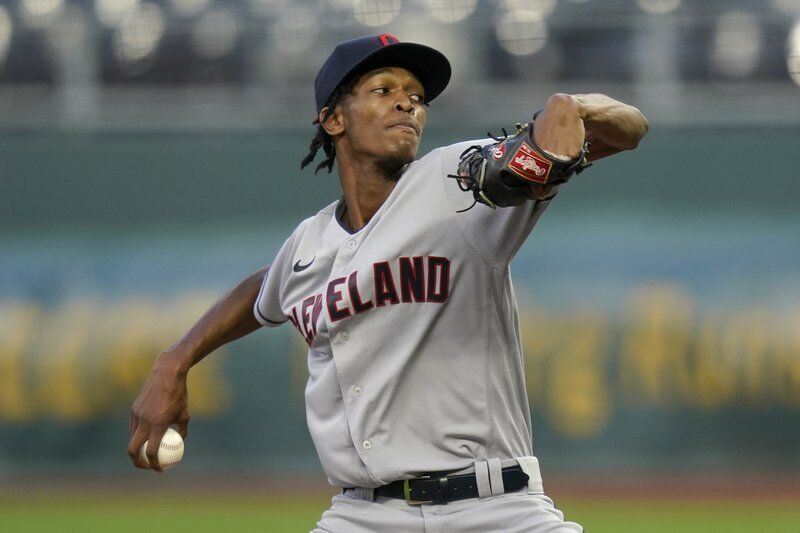 KANSAS CITY, Mo. — Triston McKenzie tossed six innings of three-hit ball to celebrate his 23rd birthday, Tyler Naquin hit a pair of homers for the only runs of the game, and the Cleveland Indians beat the Kansas City Royals 5-0 on Wednesday night.

McKenzie (2-0) needed just 81 pitches thanks to six strikeouts, no walks and some slick defense behind him. His bullpen went the rest of the way, holding the Royals without a hit over the final three innings.

Naquin's first homer was a two-run shot off Jakob Junis (0-1) in the second inning. Naquin then provided his relievers with some much-needed breathing room by adding a three-run homer off Scott Barlow in the ninth.

The result was the fifth consecutive loss in a series-deciding game for the Royals, and their 10th straight defeat in rubber games involving Cleveland. In fact, Kansas City has won just three of its last 35 games to decide a series.

McKenzie had a lot to do with it Wednesday night. The youngster, who missed all of last season with injuries, retired the first 10 batters he faced. And when he ran into the slightest bit of trouble, his defense was there to help.

The first time came when Hunter Dozier hit an infield single to deep shortstop; he was wiped out by an inning-ending double play. The next came when the Royals put runners on second and third with one out in the fifth, and Carlos Santana snared a sharp grounder by Adalberto Mondesi, stepped on first and then doubled Ryan McBroom off third.

And when McKenzie whiffed on a grounder in the sixth, Francisco Lindor was there to field it and throw the runner out.

Junis was nearly as good with the exception of a couple of base hits and the big mistake to Naquin. The right-hander set down the Indians in order in the first and third, and he was cruising along in the fourth when Josh Naylor's line drive hit Junis in the right arm between the biceps and triceps — he recovered to throw out Naylor and end the inning.

Junis was removed before the start of the fifth for precautionary reasons.

The single by Franmil Reyes in the first inning was his eighth consecutive hit, the longest streak by an Indians player since Julio Franco also had eight hits in a row in June 1988. Reyes' streak ended with a fly out to right field in the fourth.

Indians RHP Shane Bieber was voted American League pitcher of the month for August after piling up 57 strikeouts with a 1.63 ERA over six starts. He had at least 10 strikeouts in five of those outings, and the 2019 All-Star Game MVP now leads the AL in ERA (1.20), wins (six) and strikeouts (84).

Indians: C Roberto Perez started behind the plate and struck out in the second inning before departing with what the club called shoulder fatigue. Sandy Leon finished the game in his place.

Royals: DH Jorge Soler left with tenderness in his right oblique and tightness in his back. Ryan O'Hearn struck out batting for him in the seventh and then finished out the game.

Royals LHP Danny Duffy (2-2, 4.11 ERA) makes his second straight start against the White Sox on Thursday night when the clubs open a four-game series at Kauffman Stadium. The Indians have a day off before starting a three-game series against Milwaukee on Friday night in Cleveland.