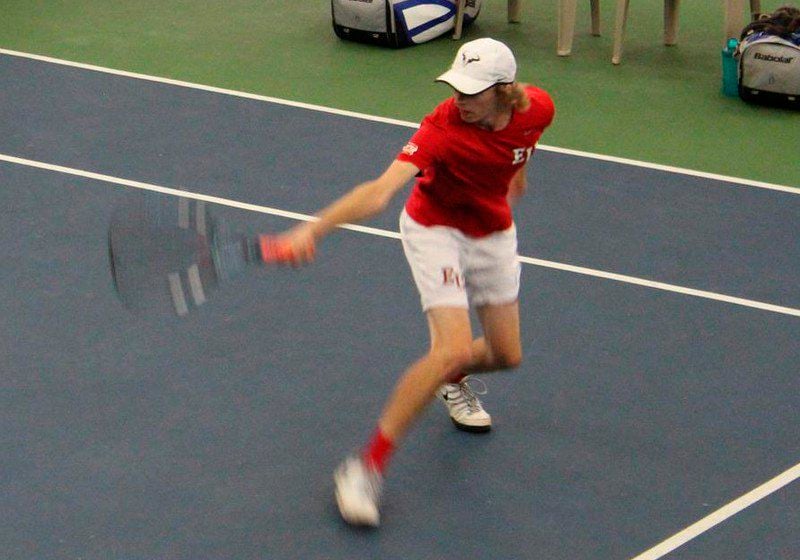 In this file photo from September 2018, Geneva graduate and Edinboro tennis player Louis Murphy follows through on a shot during the ITA Atlantic Region tournament. 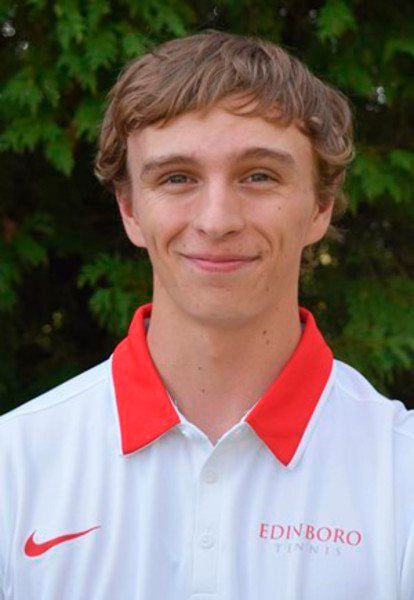 In this file photo from September 2018, Geneva graduate and Edinboro tennis player Louis Murphy follows through on a shot during the ITA Atlantic Region tournament.

Louis Murphy still recalls what his junior high coach Arnold Bradshaw always told him — “Tennis is a sport of a lifetime.”

For Murphy, the game of tennis has introduced him to some experiences of a lifetime — namely with the people he’s been able to meet. Not only a coaching legend such as Bradshaw, but players from all over the world, as well.

Murphy, a 2016 graduate from Geneva and the son of Jefferson coach and Geneva playing legend Lou Murphy, is putting the wraps on his collegiate tennis career at Edinboro.

Though he probably did not have as much success on the court as he’d like with the college game, looking back he draws upon a unique and fulfilling experience that the game introduced him to.

Murphy grew up playing on the courts of Geneva with a group of local players, guys he went to school with, spent summers with and did all the typical things teenage boys do. When he got to college, there was nothing typical about what he would experience, though.

“Growing up, we had a bunch of local players who were tight-knit and knew each other from elementary school and junior high,” Murphy said. “Transitioning to college was a whole ‘nother boat.”

At Edinboro, the same school his father played for in the 1980s, Murphy did not necessarily become a star on the court, but he did gain a world of new experiences that he values every bit as much as a powerful forehand stroke.

“I was one of only two Americans on the men’s and women’s team,” he said. “They [Edinboro] recruit from all over the world, which is just incredible. To get to know everyone’s culture and different perspective on everything — it was an amazing experience.”

Players come to Edinboro from places all across the globe. From European countries like Germany and Spain, to below the equator like places such as Brazil, and as far east as Taiwan. Not only were the players diverse in their culture and background, they were also very good tennis players.

“They were all recruited specifically to play tennis,” Murphy said. “I knew they were good, but I had no idea they recruited internationally. Walking in, I didn’t expect anything like this.”

Because of the depth and talent, Murphy did not always get as much match time as he would have liked to experience. But, it was other experiences that he values now as he looks back.

“We practice about two and a half hours a day,” he said. “But, then we spend a lot of time together, have lunch, dinner together.”

For Murphy, it was a lot of time learning about them, as well as helping them adjust to life in the states.

“Some of them didn’t have the English language completely mastered yet,” he said. “They’d ask me on occasion to grade something or how a particular item is spelled. That’s just part of the unique experience that I enjoyed being able to help them out and learn a little about their own culture, too.”

Murphy, who still comes home to play in the tennis ladder at St. John every summer, will graduate next spring with a degree in environmental science. Aside from that, he’s also a gifted saxophone player and was crowned homecoming king during the school’s celebration in October.