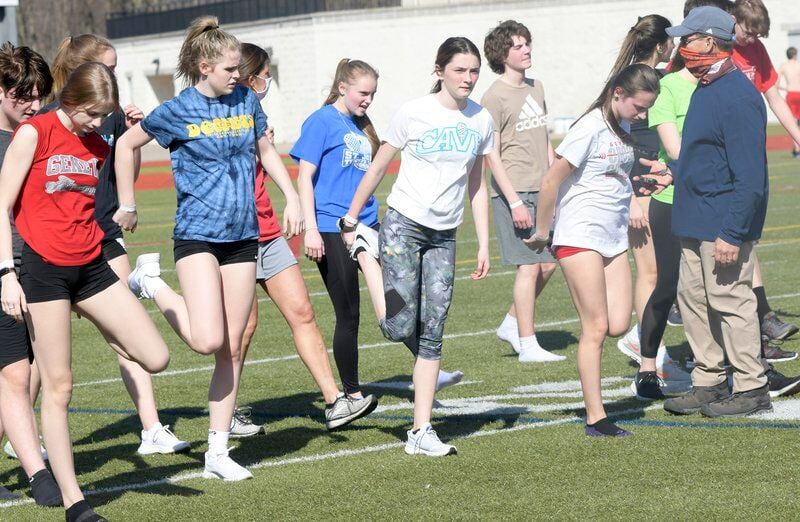 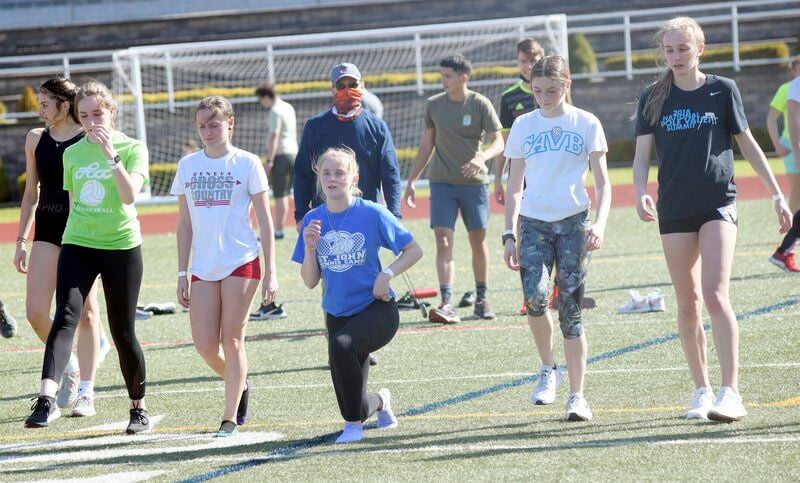 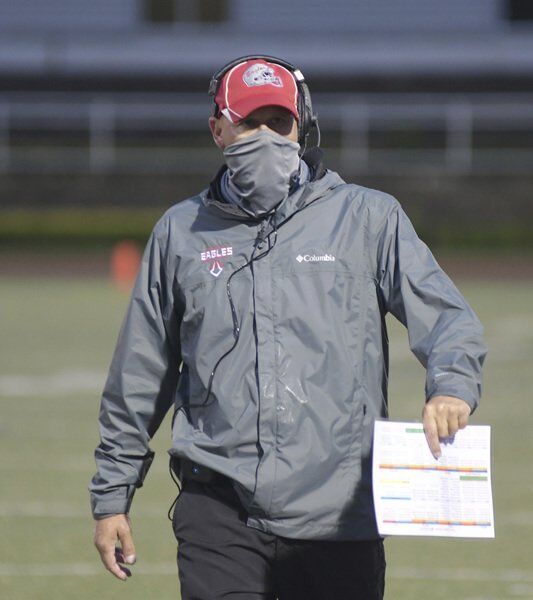 In this file photo, Geneva head football coach Chip Sorber roams the sidelineduring a home game against Madison at Spire Institute in Harpersfield Township. In addition to coaching football, Sorber will lead the Eagles girls track and field team this spring. 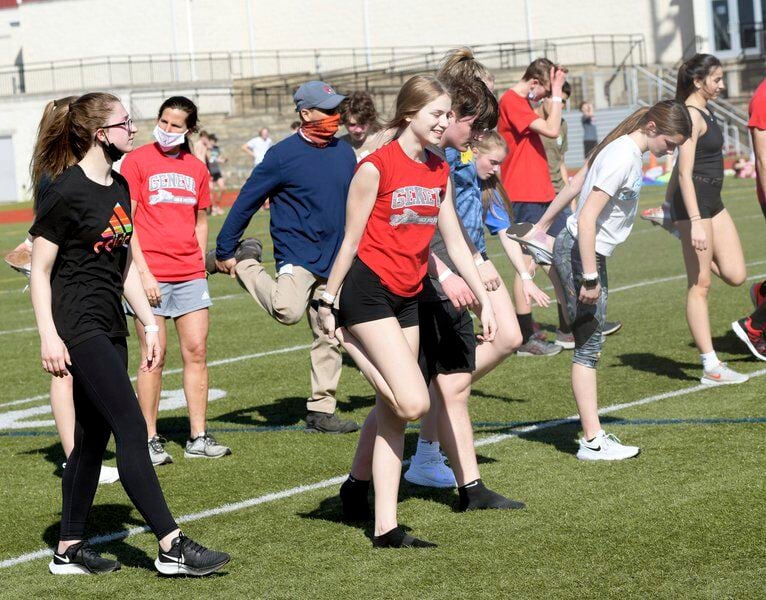 In this file photo, Geneva head football coach Chip Sorber roams the sidelineduring a home game against Madison at Spire Institute in Harpersfield Township. In addition to coaching football, Sorber will lead the Eagles girls track and field team this spring.

A different sport and a different gender, but Chip Sorber said he’ll attack his new coaching job the same with the same approach and same intensity he has for his current gig.

Sorber, the Geneva football coach the past six years, will coach the Geneva girls track and field program. He takes over for Bobby McQuoid, who resigned after last season.

Sorber previously coached junior high track for nine years during the early 2000s and has experience in coaching girls with basketball.

When the track assistant coaches approached him about the opening, it did not take too much to convince him, especially with the suggestion that it could give the Eagles football program a boost.

“They kind of approached me and thought that if I was in charge of the girls program that could be good for the girls program and that I could help build the boys program over time and bring track and football more together,” Sorber said.

“It’s kind of what we’ve been doing already here this year. I accepted the position. My daughter [Sydney] is also on the track team and I wanted to make sure that it would be a good situation for her and all the people involved.”

The coach expects challenges as he stays on top of the football program, which can entail a lot even in the spring.

Sorber said he met with his football coaching staff to make sure they were all comfortable with him taking on the new position.

“Football takes up very much time all year around constantly,” he said. “I had to talk to all my assistant football coaches who are excellent coaches about having to pick up a little bit more. They were all onboard with it.”

Sorber has built the Eagles football program from a team which had grown not used to winning to a 16-4 mark over the past two seasons. Last year, Geneva won two Division III playoff games in the expanded playoff format, before running into eventual state champion Chardon.

The Eagles girls track program has had huge success for several years. The program has been sprinkled with state qualifiers and current alumni now competing for Division I college programs.

In spite of the tradition, though, Sorber said the program had a setback with the cancelation of last season due to COVID-19. He added this year will be mixed with expectations of success, but also an understanding of the need for some patience while young athletes develop.

“The track program is well known for being very successful,” Sorber said. “But, with the COVID shutting down everything last year, this year is going to be a rebuild for sure.”

Sorber said 36 girls are out for the team with only six seniors, There are 15 freshmen out.

While names such as Brittany Aveni, Deidra Marrison, Allie Thompson, Bri Aveni and other past greats may not be on the team, Sorber said he’s excited to see the young athletes compete.

“I kind of know that there’s a few girls coming back that are expected to contribute I think,” Sorber said. “But there’s no major names that are going to jump off the page at you immediately of someone that is dominant on the track before the pandemic.

“We’re going to be new, there’s a very small handful of kids that are going to contribute at a varsity meet this point. Our numbers are good, we’re working real hard. We have a very talented freshman class and we are going to expect to win. We have some goals that we want to attain. Even though we know it’s going to be kind of a rebuilding year, that doesn’t mean we have to sacrifice success at that cost.”

CONNEAUT [emdash] Thomas Askey, 65, passed away unexpectedly on April 8, 2021. In honor of his wishes no public services will be held.

PAINESVILLE [emdash] Kevin Piercy, 62, passed away on April 1, 2021 at Tri-Point Medical Center. He leaves behind his 3 children and 8 siblings. Private family graveside services will be held. www.czupfuneral.com