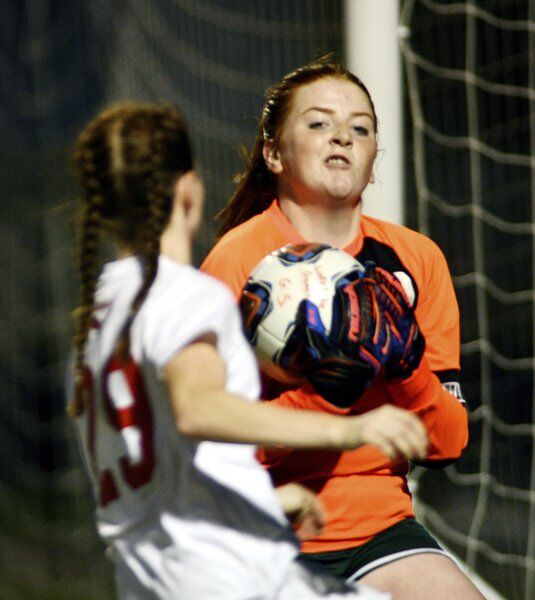 Lakeside goalie Jeanelle Bryan, right, makes a save in front of Geneva's Lily Schiemann (29) on Thursday evening at Lakeside. 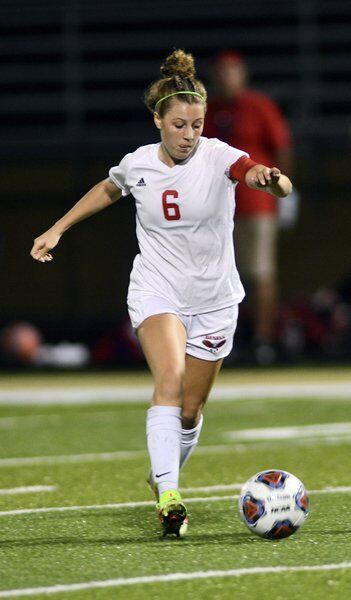 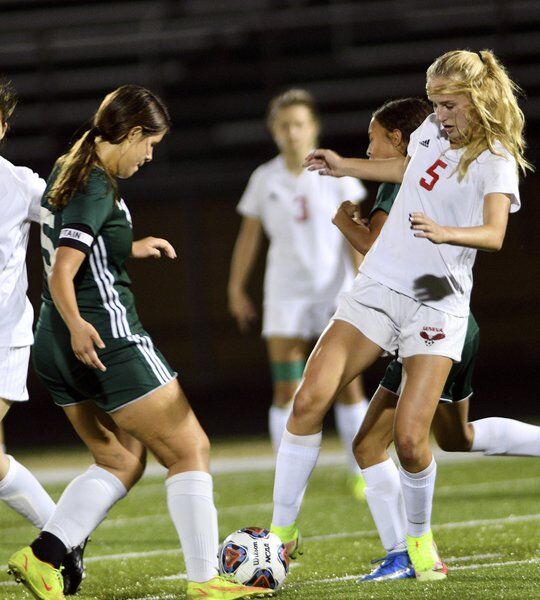 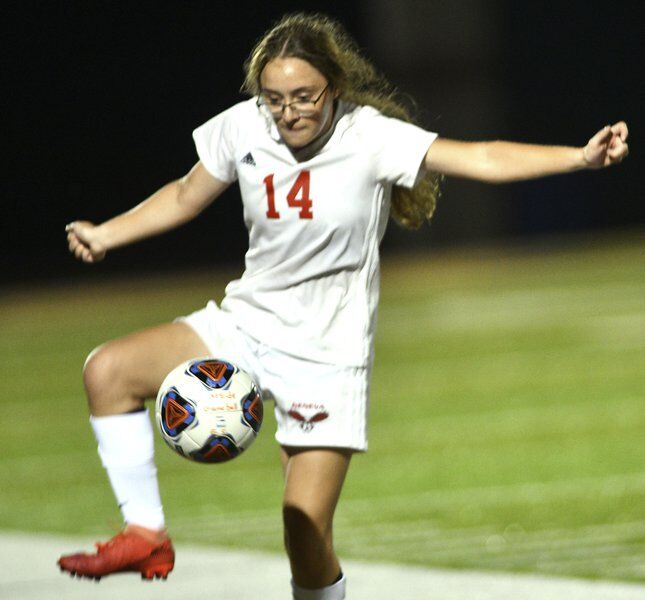 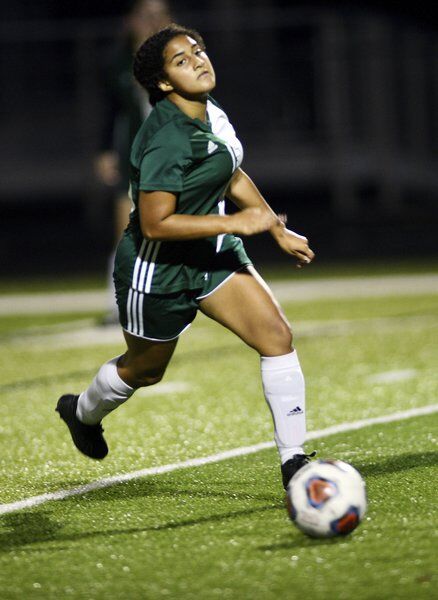 Lakeside's Natalia Cruz dashes for the ball on Thursday evening during a home game with Geneva. 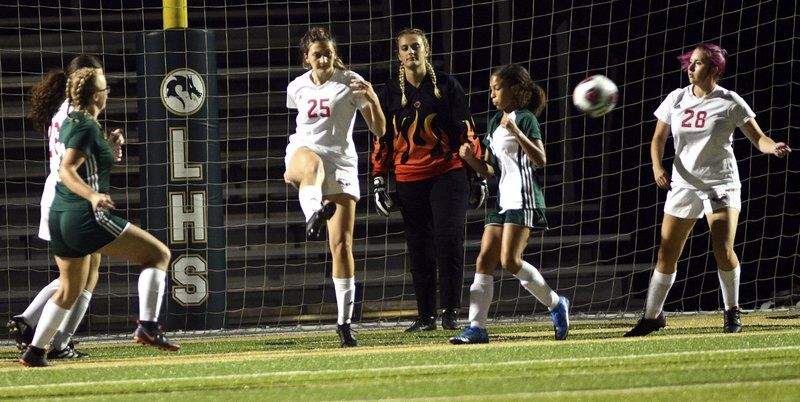 Geneva's Olivia Wilms (25) clears the ball from the Eagle's goal area on Thursday evening at Lakeside.

Lakeside goalie Jeanelle Bryan, right, makes a save in front of Geneva's Lily Schiemann (29) on Thursday evening at Lakeside.

Lakeside's Natalia Cruz dashes for the ball on Thursday evening during a home game with Geneva.

Geneva's Olivia Wilms (25) clears the ball from the Eagle's goal area on Thursday evening at Lakeside.

SAYBROOK TOWNSHIP — Geneva’s Kylie Schiemann is certainly not someone to back down from a challenge, even if it’s a challenge as unique as the one she’s facing this year.

The reigning Ashtabula County Player of the Year in girls soccer has been back on the pitch this fall,albeit of a different role.

“We’ve had some hard games this year, but we’ve been growing as a team,” Schiemann said. “We’re a young team, we do have five seniors that will be graduating, so next year will be quite the challenge. But every practice we’ve been pushing through, trying our best, pushing everyone and themselves to do better.”

Schiemann showed off a bit of her arsenal Thursday night in a Lakeside win over Lakeside 5-0 at Lakeside. Early in the match, she took a vertical pass off the foot of freshman Joanna Armington and buried it in the back of the net for the Eagles’ first score of the night. She added an assist later, finding fellow senior Ashlen Horowski.

In the second half, Schiemann showed off some of the ball skills and footwork she possesses. She cleared a defender, then fired a rocket from 20 yards out past Lakeside keeper Jeanelle Bryan for a goal.

On the season, Schiemann has found the net 21 times. Seeing the ball go into a net never gets old, but the extended leadership role is something Schiemann is also enjoying this season.

“Oh year, for sure,” she said. “Some of the higher teams I play for it’s a lot more competitive, it’s a lot more challenging. You have to be more responsible for yourself. For high school, it’s more of a leadership thing, where you’re trying to get each other better ... teaching people what to do, where to move. It’s about learning about leadership.”

Soccer is a year-round activity for Schiemann. Over the summer, she played with the Croatia Juniors of the Women’s Premier Soccer League. Schiemann also has her eyes set on playing at the college level.

Right now, though, she knows first-year coach James Restad and her teammates are counting on her to provide direction and lead by example.

Restad said the efforts of Schiemann, along with the other seniors, has gone above and beyond this fall.

“Kylie and all of our seniors for that matter have done a great job of taking the whole team under their wing and have been instructional to them from the very first day of practice,” Restad said.

Seeing what she can do on the field is also something that lifts the play of everyone around her.

“She plays the game fast,” Restad said. “She practices fast, she works hard and she’s 100% effort. The other girls see that and they all of a sudden do not have an excuse for not going out and matching it.

“It’s a great motivation for the rest of the team and for myself as a coach. I feel more responsible to be prepared, especially knowing the effort my seniors have put in.”

Geneva’s other scores against the Dragons were from Gabby Carly and Delaney Marrison with an assist from Carley.

Geneva (6-11) outshot the Dragons 31-5 in the match, including 21 shots on target. Bryan, under siege for much of the game, finished the match with 17 saves.

Lakeside will take on Perry Saturday before wrapping up the season with Bedford and Edgewood next week.

Lakeside coach Angelo Velotta said his team played hard and is hopeful the same type of effort will give his team a chance to finish on a positive note.

“It was a gutsy performance [tonight],” he said. “You never saw us quit, even in the final minutes, we were trying to make runs in the final minutes. We started a little sloppy, but I think we were able to string some things together as the game went on. I think we proved we can still work hard and end the season on a nice note.”