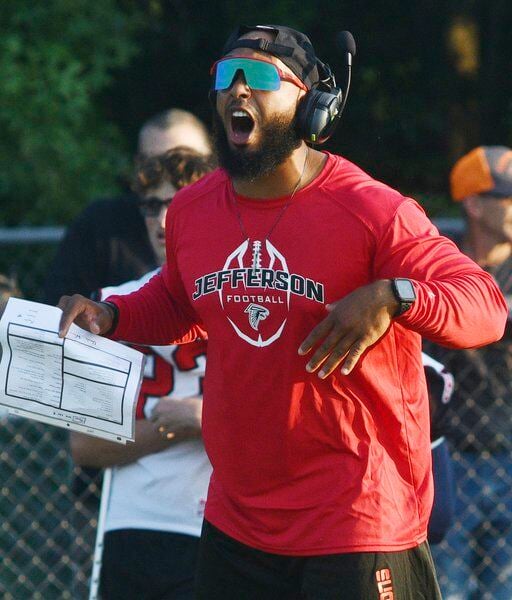 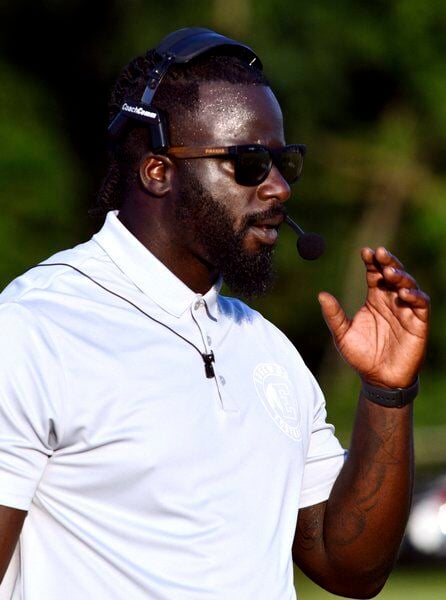 Years ago, interim Edgewood football coach Olajuwon Cooper was growing up on Station Avenue in Ashtabula. He admits that the neighborhood at the time wasn’t the best, but he overcame the challenges and misconceptions to become a star athlete and eventual coach.

Around the same time, now-Jefferson head coach Brandon Hanna was just starting to learn the game of football. Both were on the verge of similar but different paths.

Both became stars at Lakeside High School under the Friday night lights and played college ball. And now the pair are about to make history as the Jefferson and Edgewood football teams feature Black head coaches for the first time in the rivalry.

“We don’t take it for granted,” Cooper said. “We take it serious because we understand that it’s never been done before.”

The Hoadley Cup has had a historic tie to Ashtabula County’s football culture. The award has been given to the Jefferson-Edgewood winner since 1952. Edgewood has controlled the rivalry, but Hanna said both coaches and communities were winners, regardless of the outcome.

Both coaches also had support while entering their first year as head coaches. Hanna was hired to replace Ed Rankin during the offseason with his roster’s blessing. Cooper was named the interim coach shortly before camp opened with support from the Buckeye School District administration.

The coaches have also supported each other over the years. Hanna said he’s gone to Cooper for advice and offered support after the Warriors dropped their opener to Conneaut this season.

“I couldn’t be more proud of him or myself,” Hanna said.

Hanna and Cooper are the only Black head coaches in Ashtabula County. But that’s still 25% of the teams with a Black coach, which is significantly higher representation than the county’s demographic.

Ashtabula County’s Black population only accounted for 3.8% of total residents, according to the most recent available data from the U.S. Census Bureau. The data set, which is from 2019, has the Black demographic totaling 12.8% of the national population.

“We realize this is something no one will be able to take away from us,” Cooper said. “We’re just trying to live in the moment, understanding that by us doing the things that we do, we’re kind of generations to come in the future to be able to do the same things.”

Meanwhile, the Warriors beat Grand Valley on Friday for their first win under Cooper in two tries. After practice, he stressed the importance of work ethic and preparation.

Cooper said people would understand why Friday’s game between the two teams is so important if they knew the journeys of both coaches. He said that preparation, work ethic and determination were the reason they are working the sidelines in Week 3.

“We just want the belief to be there,” Cooper said. “And for us to do it the way we’re doing it, it was almost blind faith and hard work and dedication that one day something like this could happen.”

Cooper and Hanna’s journeys have crossed paths at multiple points. Hanna joined a fifth grade boys basketball coaching staff that was led by Cooper, who’s son played on the team.

Both dreamed of becoming high school coaches and helping children and young adults. Hanna became a personal trainer, while Cooper went into teaching. They never envisioned themselves coaching against each other. Instead, they always felt they’d be on the same staff at Lakeside.

Whenever he’s been asked about his coaching job, Hanna said, “God doesn’t make mistakes.” He’s said it on several occasions since becoming the head coach at Jefferson. And Cooper echoed that statement on Wednesday after practice.

Now their paths will intertwine again, this time at Jefferson High School. And while some of their adventures were not noteworthy, they helped set up a historic matchup.