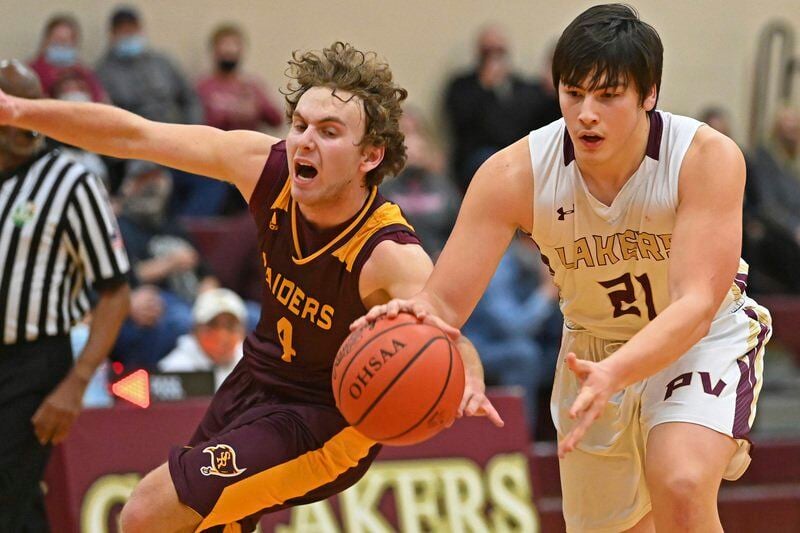 Pymatuning Valley’s Robert Verba, right, plays the ball ahead of the reach of South Range’s Brandon Mikos during the second half of a Division III district semifinal game Wednesday night at PV High School. 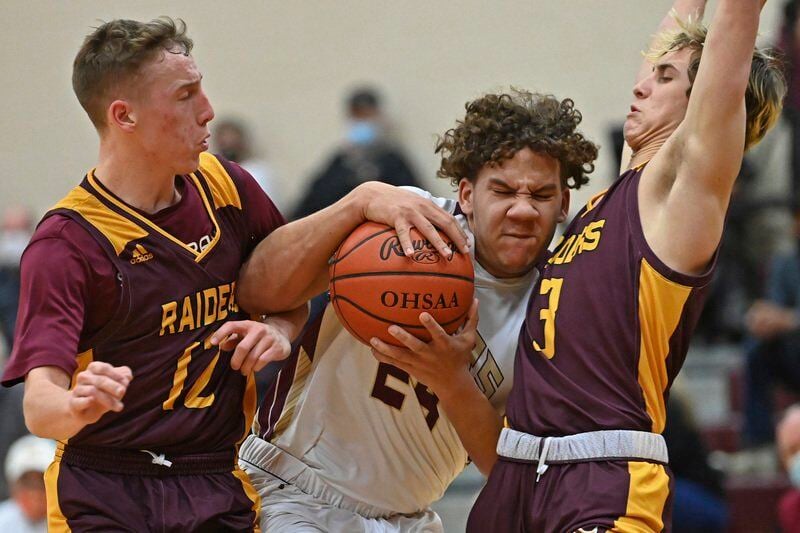 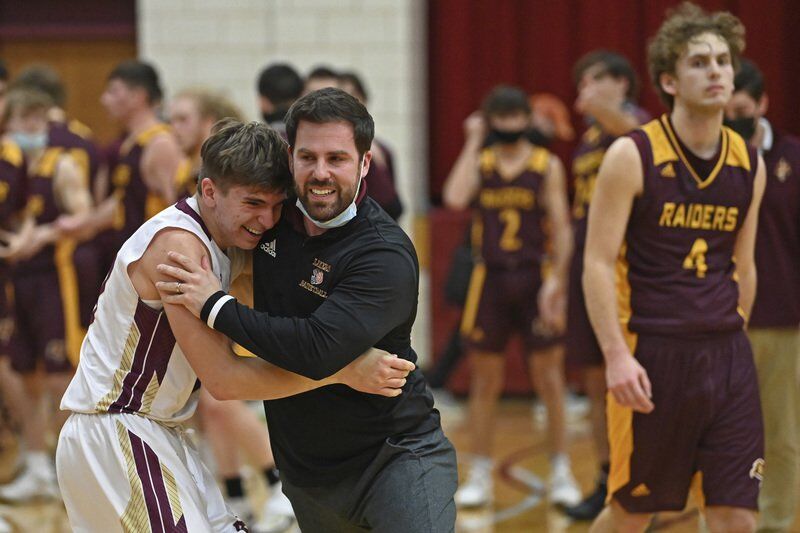 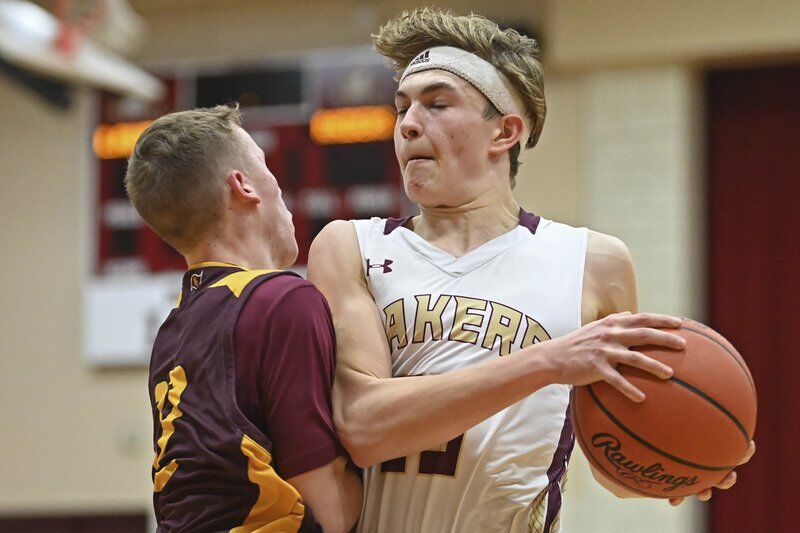 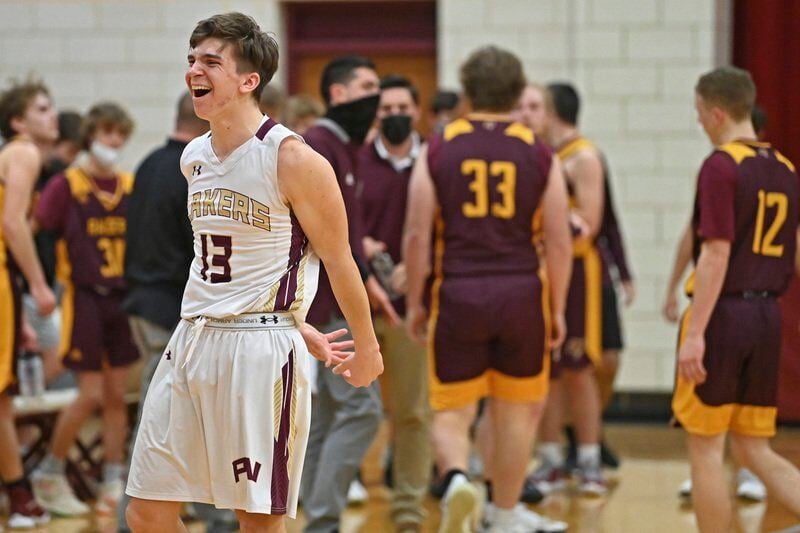 Pymatuning Valley’s Robert Verba, right, plays the ball ahead of the reach of South Range’s Brandon Mikos during the second half of a Division III district semifinal game Wednesday night at PV High School.

ANDOVER — With 6:23 left in the third quarter, Jonah Wilkerson tried to draw a charge on the baseline, but instead picked up his third foul.

Pymatuning Valley’s offensive catalyst headed to the bench with four points, as the Lakers held a 25-24 lead.

After South Range took a one-point lead later in the quarter, seniors Tanner Rhoades and Mason Inman responded. The pair scored nine of PV’s final 11 points in the third quarter, helping it take a 36-30 lead into the final quarter.

The duo combined for 25 points and led the Lakers to a 41-40 win over South Range in a Division III district semifinal Wednesday at PV. The Lakers advance to the district final for the first time since 2008, and will play at New Middletown Springfield at 7 p.m. Friday.

PV’s experience playing together was a key component in the win, especially with Wilkerson in foul trouble and South Range clogging the lane to limit Robert Verba’s effectiveness.

Wilkerson returned later in the third quarter, but he didn’t score the remainder of the game. He continued to draw double teams and put pressure on South Range’s defense, which helped free up his teammates.

“Even on an off night, which is rare, he’s still affecting the game because he’s still having two kids run at him all the time, drawing a double team,” Inman said. “One of us is wide open so we get the basket. We look like the heroes, but it all started from him being so good.”

Even with Rhoades and Inman’s play down the stretch, South Range’s defense kept it in the game. The Raiders held every other PV player at six points or less, and only allowed five points in the fourth quarter.

PV took a 39-32 lead with 5:35 left, but South Range answered. The Raiders made two 3-pointers and had a chance to tie the game following an and-one layup by Brandon Mikos with 1:29 left. Mikos’ free throw attempt missed.

PV couldn’t score on the other end, and South Range called timeout with 30 seconds left.

“I was just panicking,” PV coach Ryan Shontz said of PV’s defensive stand. “We say out here, there are a lot of farms out this way, ‘The hay’s in the barn at that point.’ We had a timeout [before the play]. We talked about what we were going to do, and now it was just about going out there and doing it … I’m really, really proud of them.”

For Shontz and the Lakers, the win solidifies the hard work and flexibility they played with during an uncertain season.

“This has been their life,” Shontz said. “I don’t drag them out here. They drag me out here. They love this game. It really validates all the time, effort and sacrifices they’ve had to make … I wish I could put all their initials up on that banner if we get this win because they really deserve it.”