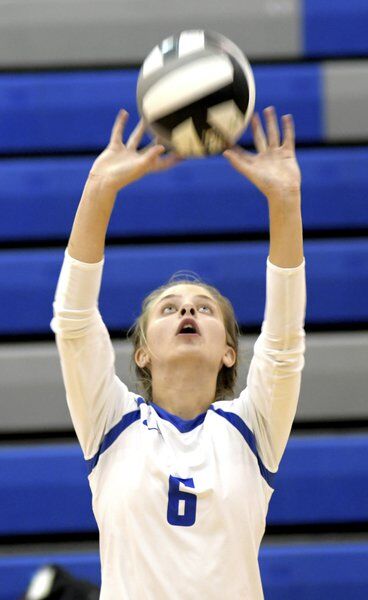 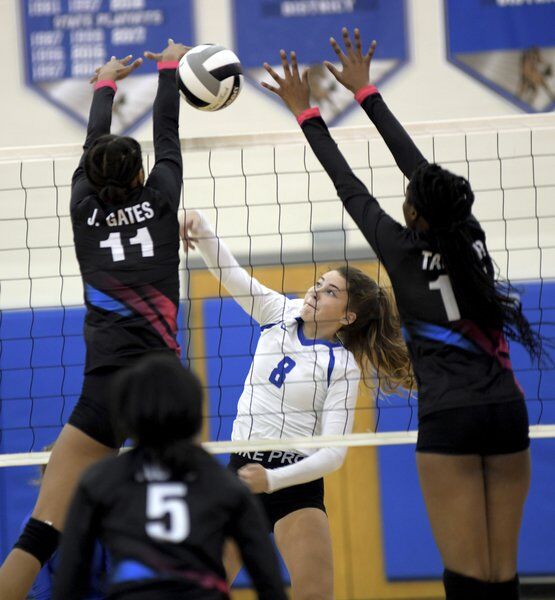 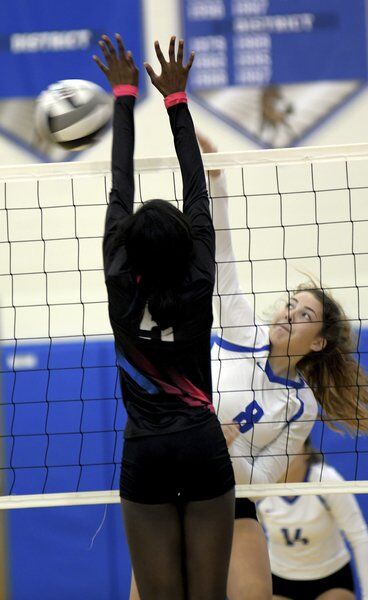 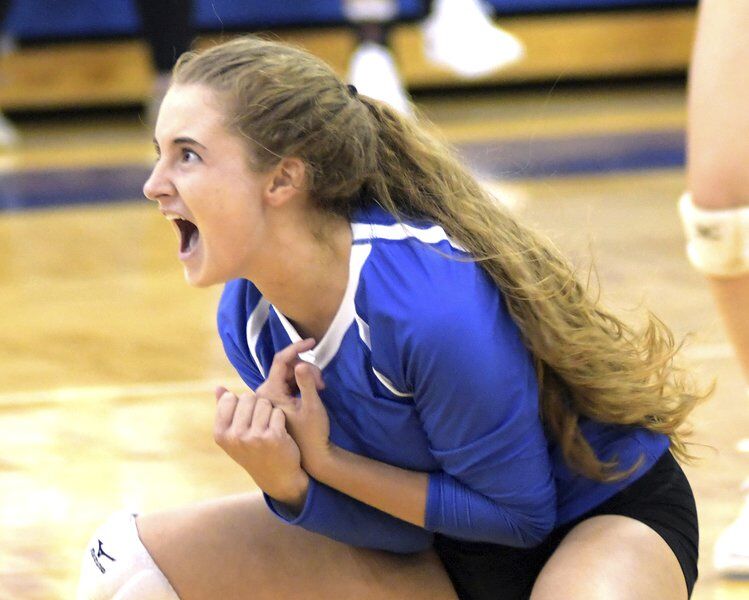 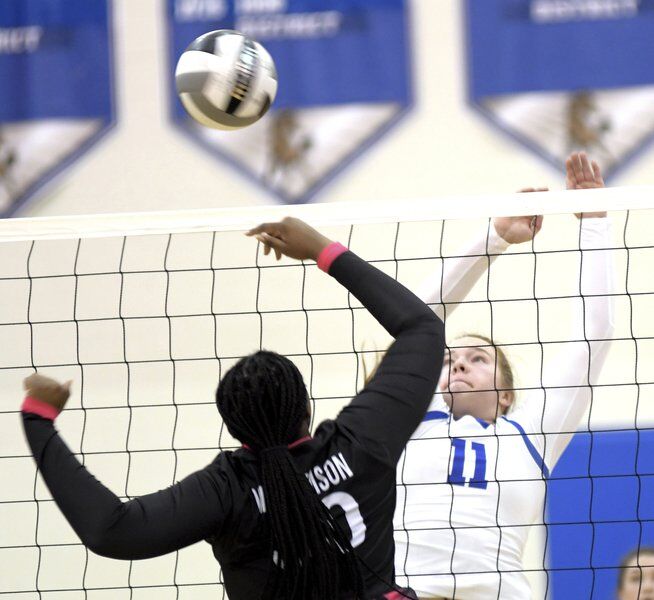 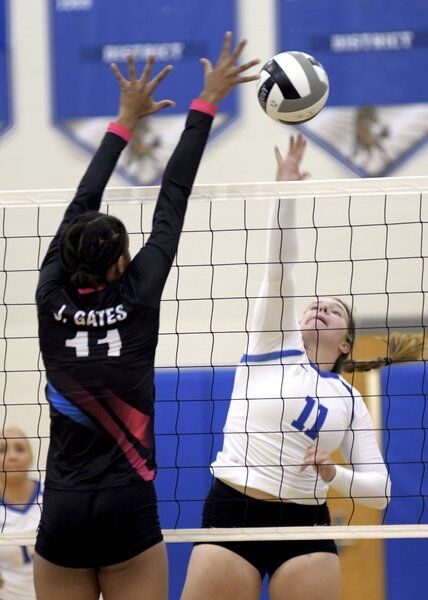 ORWELL — During the first set in Tuesday’s Richmond Heights-Grand Valley volleyball match, the Spartans went on a 10-3 run to cut the Mustangs’ lead to 19-17.

GV had jumped out to a 16-7 lead with a combination of quality serving and front line play by senior Madison Roskos and junior Courtney Hivick.

But a flurry of tough Richmond Heights’ serves, miscommunication by the Mustangs and a stretch of dominant front line play by the Spartans sparked the run.

“[The key was] just getting our head back on straight,” GV coach Erin Smolinski said. “Sometimes you get jumbled up with tipped balls or miscommunication, but they did well.”

The Mustangs opened the second set with an 8-2 run, as the result of  powerful serves by Roskos the Spartans couldn’t return.

“[Roskos] really stepped it up tonight,” Smolinski said. “We do this thing after each game where we put our wins and losses on the board, and they all voted her as the one who should put it up. So I think that speaks volumes of what the team thought of her [tonight].”

Great team serving created scoring opportunities for the Mustangs. After Richmond Heights tied it at 5-5 on another miscommunication at the net from GV, the Mustangs pulled themselves together. They became more vocal and decisive in their movements.

As a result, their front line play improved. For example, Roskos met a taller Josephine Gates at the summit on a 50/50 ball above the net. Roskos finished the play, giving GV an 11-7 lead. The Mustangs ended the set on a 20-3 run, and the Spartans only mustered one score after Roskos’ play.

Fellow senior Mariah Riffet put pressure on Richmond Heights with her serving during the run. She scored seven straight points, including a few aces.

“Serves and then I told the girls your goal is first to five, first to 10 and then after that it’s just five benchmarks,” Smolinski said. “So I think they responded to that goal.”

GV’s serving success continued during the third set. After taking a 15-8 lead, senior Marley Canfield stepped up to serve. Her serving, paired with Roskos prowess on the front line, helped the Mustangs take the third set, 25-11.

During other important stretches, seniors Alexis Cooper and Olivia Prah each provided a spark, both offensively and defensively. If Roskos didn’t score, the next most likely player was Cooper. She provided a few spikes that scored or forced the Spartans defense off balance, which created scoring opportunities for her teammates.

Prah’s late match serves helped the Mustangs close out the win. She gave them a 23-8 lead, putting constant pressure on Richmond Heights’ defense.

The team-oriented approach the Mustangs orchestrated Tuesday night is consistent with Smolinski’s goals for the team.

“Keeping the intensity and building along with each other, not just focusing on one player, but making everybody a key component to what’s gonna happen this year [is the goal],” Smolinksi said.

GV is scheduled to host Lutheran East on Thursday.