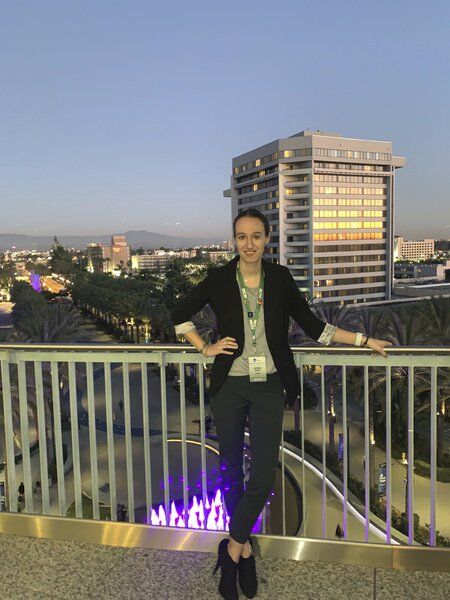 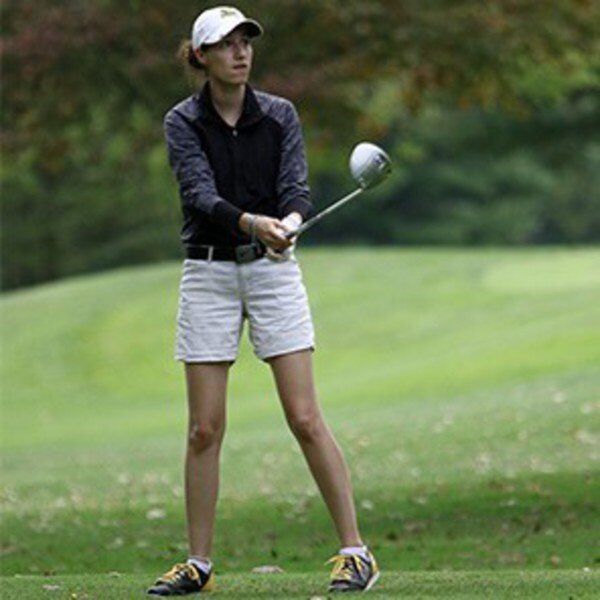 Madison graduate Hannah Durst follows through on a shot at a tournament for Baldwin Wallace. Durst ended her golf career with a career-low 94 in March. 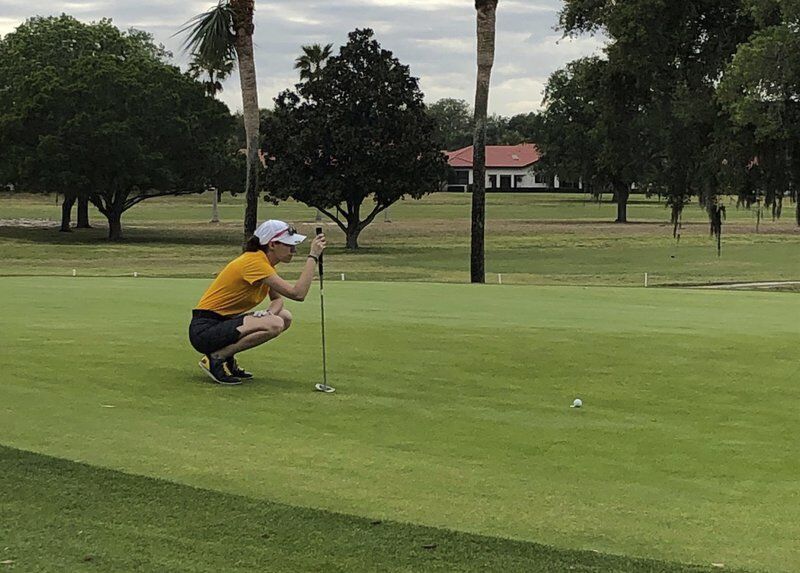 In this March 2020 file photo, Baldwin Wallace senior and Madison graduate Hannah Durst sizes up a put during a tournament in Florida.

Madison graduate Hannah Durst follows through on a shot at a tournament for Baldwin Wallace. Durst ended her golf career with a career-low 94 in March.

In this March 2020 file photo, Baldwin Wallace senior and Madison graduate Hannah Durst sizes up a put during a tournament in Florida.

Durst, a senior, and her Baldwin Wallace teammates were on a spring trip to Florida in March when sports were halted due to the coronavirus pandemic.

"I was devastated," the Madison graduate said. "Everyone was crying and upset. We had all wanted to play, but I had basically four good years of golf so I could understand why they did it."

Durst was surprised by the announcement, though.

"We didn't know it was coming down," she said. "My old coach at BW [John Kapusta] was having us over and the news came down the season was cancelled."

The silver lining for Durst, though, was she carded a season — and career-low — round of 94 at the Webber International (Fla.) Invitational in Lake Wales, Florida on March 10 in what turned out to be her final collegiate match.

"I was striking the ball really well," she said. "I was able to keep my drives in the fairway and my irons were giving me shots into the green close to the pins which I was able to convert and the set me up for success.

"It worked out for the best as I was able to shoot my career low for what would end up being my last round as a student-athlete."

Durst started playomg golf for the Blue Streaks in her sophomore season. She said entering the collegiate ranks was an adjustment.

"It was hard," she said. "The distance change really challenged me. I love golf and I knew I wanted to play. I met the coach, who is now retired, as a freshman. My game has improved."

Durst recorded a season low 96 as a freshman As a sophomore, she collected a low of 95.

Last season, Durst picked up her third letter, before this season ended abruptly.

"At Madison, we played at Erie Shores and played the front tees," the four-year letter-winner said. "In college, the courses were 5800-6000 yards long. I knew I had to change my game."

Durst came up with a mindset while playing at BW.

"Bogey golf," she said. "I had to work out the yardage. As I went through the courses and season, I realized it wasn't as bad as my freshman season."

The Ohio Athletic Conference recently announced the cancelation fall sports. Durst could have used another year of eligibility, but she's scheduled to graduate in December with a degree in biology and minor in national security.

"I worked at the Cleveland Metroparks," she said. "I shadowed zoo keepers and worked with animals."

Aside from performing on the golf course, Durst also has the distinction of being on the the Division III Student-Athlete Advisory Committee (SAAC) not only as BW's representative, but the entire OAC.

As part of the effort to enhance the all-around student-athlete experience, the National SAAC Committee was created, consisting of student-athletes from around the nation.

That distinction, along with being on the Michigan Intercollegiate Athletic Association board, runs through January.

"I was nominated in my sophomore year," Durst said. "Other schools put people up. I didn't know if I had a shot. I get the inside scoop on everything. It was a huge to be on that committee.

One of the ways Durst stayed connected with the Division III SAAC throughout the year is the annual NCAA convention. She's been able to meet and network with athletes, athletic directors and university presidents from all divisions. This is also the time the committee members will vote on NCAA legislation, and the Division III committee will host their Unified Special Olympics event.

"I was able to travel to such places as Florida and California," Durst said. "I've made so many connections, especially with national SAAC. I've met student-athletes from other schools I never thought I would meet."

Durst is glad she made BW as her college choice.

"It's definitely been a family for me," she said. "Moving in my freshman year, my parents said, 'This is the place for you.' It's been home and family for four-plus years."