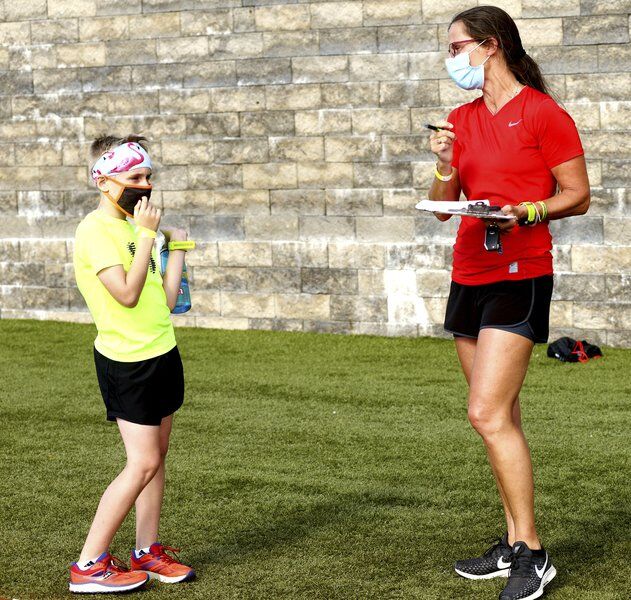 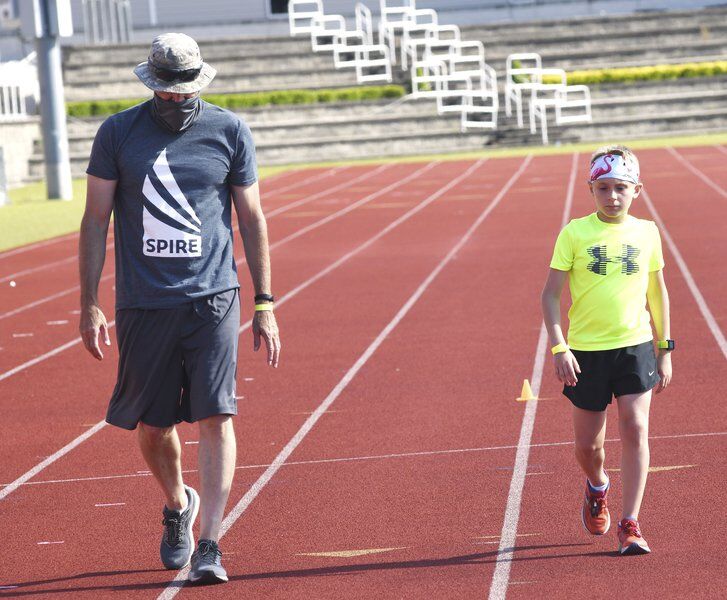 A few months ago during an indoor track and meet at Spire Institute, Geneva cross country coach Emily Long and former Olympic gold medalist Tim Mack had a discussion.

They wanted to create a camp for pole vaulters and cross country athletes, as well as the construction of a cross country course at Spire.

“[Mack] was like, ‘I don’t really know a lot about cross [country],’” Long said. “Do you want to be involved and help with the course?”

Long accepted his offer, and now they’re trying to build on those ideas at the Spire. Although the details involving the construction of a cross country course are murky, the two have created the camp they discussed.

Currently, Long has one camper, Christian Jones, age 11, who attends Lawrence School in Brecksville. Lawrence School will not compete in cross country in the fall due to the coronavirus pandemic, but Jones plans on continuing his training.

Long usually takes Jones through short distance workouts on the outdoor track Mondays and Wednesdays. Regardless of whether there’s a cross country season in the fall, Long wants to continue to train Jones.

“I should be able to help either way,” Long said. “I do think if there isn’t a fall season we might get a few more kids out.”

The goal of the camp is to provide consistent guidance and help athletes improve prior to the beginning of the season.

“We take high school kids who want a little bit extra help or are unable to train at their high school track or with their club, and we have training sessions throughout the week,” Mack said. “Whatever they’re in need of they get help with.”

Ultimately, the goal is to get more people involved. Mack, who’s served as track and field training/development director at the Spire since December, wants the camps to evolve into more of a consistent basis where each coach can provide more guidance to athletes.

“We will continue with our high school track and field program three days a week [in the fall],” Mack said. “[The athletes] will get in some lifting, too. So they’ll have weight training and we talk about some goal setting, trying to stay motivated and overcoming failure.”

Mack’s journey to the Spire began in 2010 after he retired from competition. He began coaching a group of pole vaulters in Tennessee, and they came to the Spire for a training camp prior to the indoor track season. Mack used the opportunity to prepare for the season. Then, the following week, he took the group to Akron to compete in the annual pole vault convention.

After Axxella, a Maryland-based company affiliated with Blue Ocean Realty, purchased Spire late last year, Mack reached out. His goal now is to provide coaching and access to the Spire’s state of the art facilities.

“We’re trying to hit it full force, and we feel like we have an unbelievable place to train,” Mack said. “Now, we just need to bring in the people to train there.”