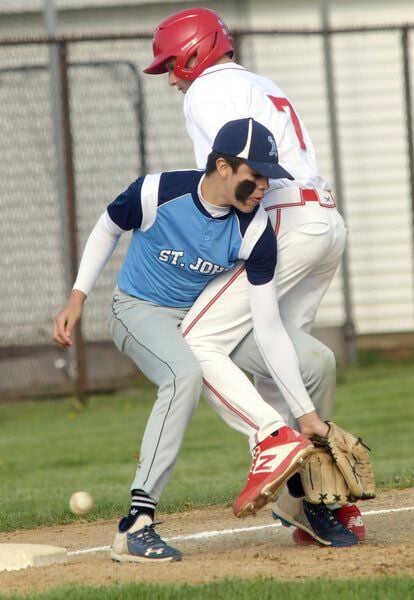 St. John's Jesus Hernandez and Edgewood's Logan Kray (7) get tangled up at third base on Friday at Edgewood. 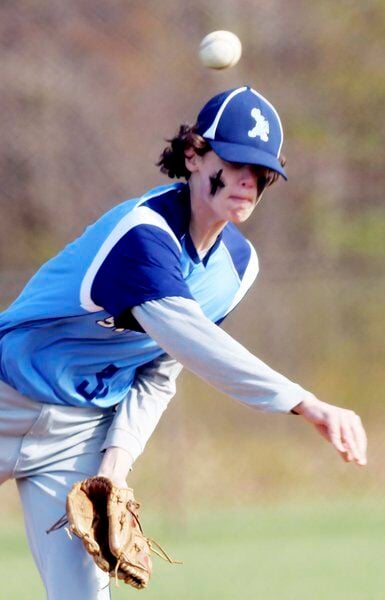 St. John’s Bryson Venitti pitches on Friday during a game at Edgewood. 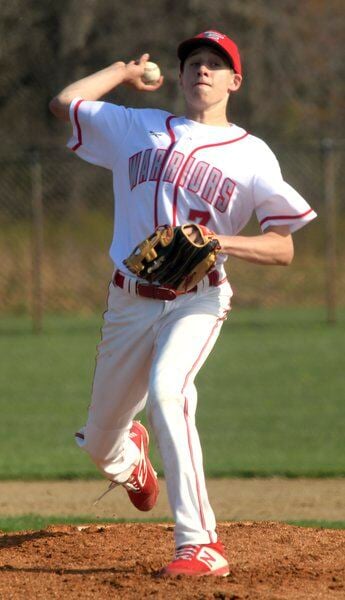 Edgewood’s Logan Kray pitches on Friday during a home game against St. John. 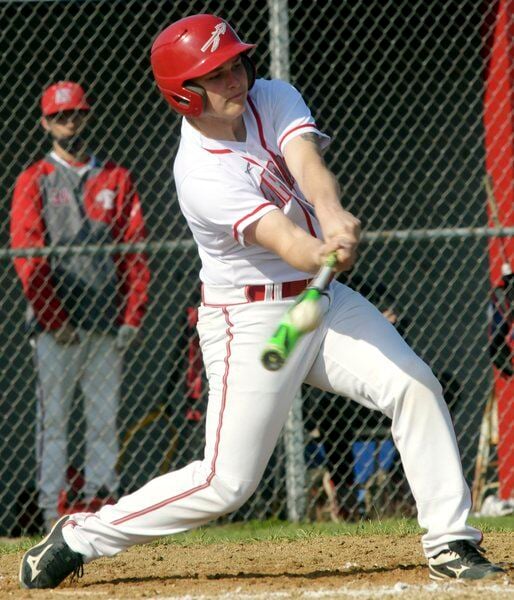 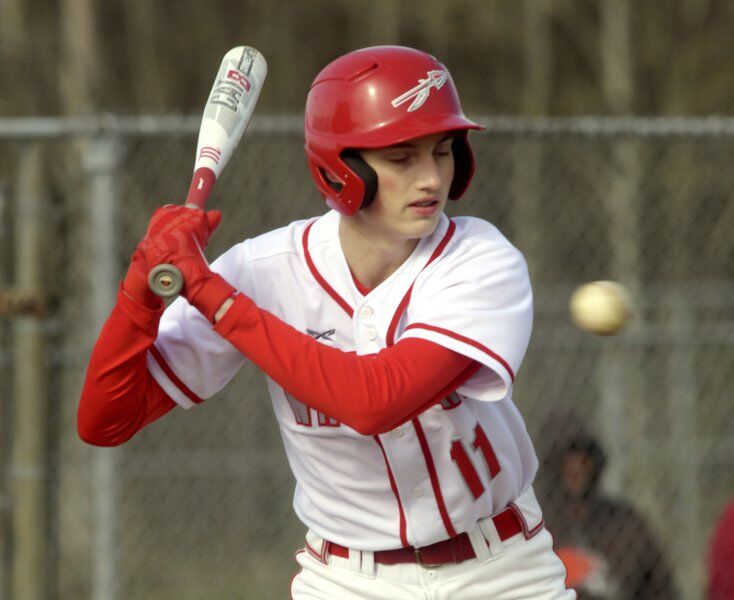 Edgewood's Zach Vencill watches a high pitch go by on Friday during a home game with St. John.

St. John's Jesus Hernandez and Edgewood's Logan Kray (7) get tangled up at third base on Friday at Edgewood.

St. John’s Bryson Venitti pitches on Friday during a game at Edgewood.

Edgewood’s Logan Kray pitches on Friday during a home game against St. John.

Edgewood's Zach Vencill watches a high pitch go by on Friday during a home game with St. John.

ASHTABULA TOWNSHIP — Logan Kray is not someone who glazes over his line in the box score. He’s just happy to be playing baseball and contributing any way he can.

“I don’t care what my stats are,” the Edgewood freshman said following a 14-0 five-inning win over St. John at Higgins Field on Friday. “As long as you’re winning, that’s all that matters.”

The Warriors have been winning, and the numbers that Kray’s generating have a good bit to do with it.

He retired 10 of the first 11 batters he faced before Dan Miller took him to the gap in left-center for a double to break up his no-hit bid. By the end of the afternoon, Kray struck out 11, while walking one and giving up just the one hit.

After the game, though, he simply shrugged it off, as an off-day for the opposition.

“That team is not that bad at all,” Kray said of the Heralds.”We’ve seen them play, and they can be pretty good.”

Kray would know. He may be getting his first taste of varsity baseball, but it’s been enough of a spoonful to understand how good the competition can be at this level.

“My first game, I think I gave up seven runs in the first inning,” he said. “That was rough.”

That was against Berkshire. He was not exactly lighting it up at the plate either in the early going.

Since the slow start, though, Kray has turned it around in a hurry.

Last week, he captured Chagrin Valley Conference Player of the Week honors by going 9 for 12 with a pair of doubles, two RBI, and five stolen bases.

He may be barely 15 years old, but Warriors coach Jeff Barger said Kray has shown the ability to not only learn, but to apply the lessons quickly.

“As a freshman, it’s all learning experiences at this point,” the coach said. “He and the other young guys that I have playing have been so good. It’s usually not great to start freshmen on a varsity team, but they’ve all stepped up and done a great job and Logan is definitely the leader of that bunch.”

Along with Kray, the Warriors have also had two other ninth-graders in the lineup, including Aiden Hernandez and Tony Hall.

While Kray shut down the St. John lineup, the Warriors’ offense was busy early and often. Ben Welty, Jacob Bell, and Kray each had two hits. Bell and Kray each drove in three runs and Nick Welty knocked in two.

After dealing with the frustration of COVID-19, along with the typical changing weather April always brings about, Kray said he’s simply more excited about how his team is playing than any personal accolades

that may come his way.

“I’m just so happy to be here,” he said. “We’re on a hot streak right now. We’ve been putting up a lot of runs. Our defense has been way better than we’ve had it at times. We had a lot of errors early in the year, but we’ve cleaned that up. We’re playing our best baseball right now. These guys have welcomed me onto the team and I’ve been

able to help them out and that’s all that matters.”

The loss dropped the Heralds to 4-4-1. First-year coach Alvin Rodriguez said it’s been a challenge with a young team this season, but his players have responded well.

“It’s been a little tough,” Rodriguez said. “Numbers are always going to be a little hard to deal with.

“We don’t have a ton of pitching, but we’re working with what we have, trying to stay positive, trying to teach baseball, and teach the love of the game. We have a long way to go, but we’re getting one percent better every day.”

Edgewood will head to Geneva today for a doubleheader with the Eagles, while St. John will be at home Monday to play Cardinal.