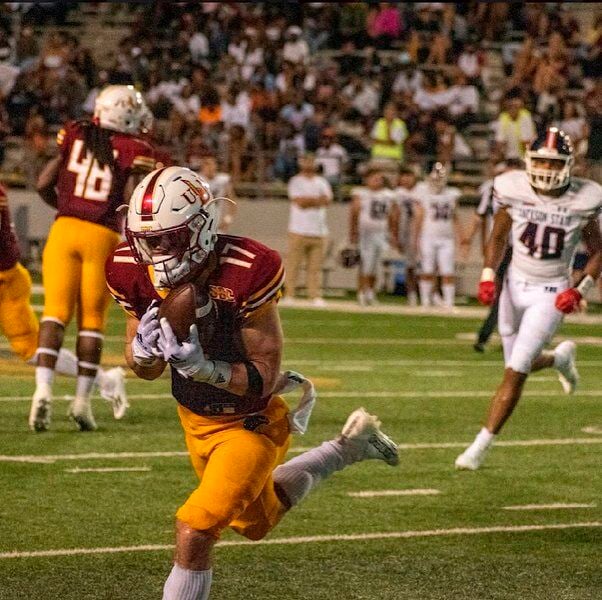 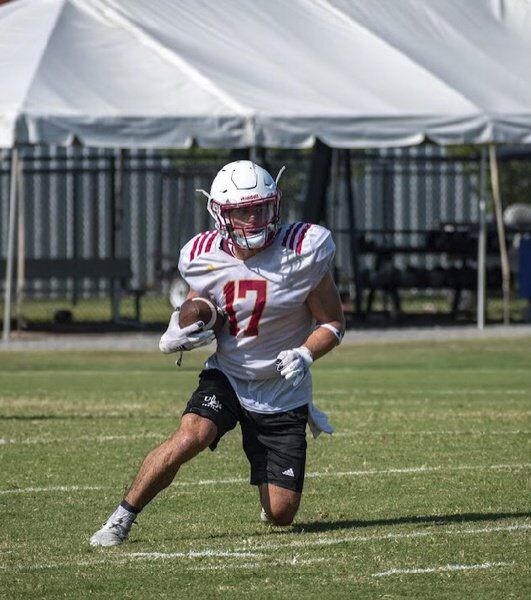 The Jefferson graduate is starting at slot receiver for the University of Louisiana Monroe after transferring during the winter.

Through two games this season, Knight has a team-high 12 receptions for 136 yards. He’s had six catches in each game.

ULM hosted Jackson State, which is coached by Deion Sanders, and posted a 12-7 win on Saturday. It was the Warhawks first win since defeating Coastal Carolina on Nov. 23, 2019.

Knight was excited to play against Sanders, a Hall of Famer, in ULM’s home opener.

He helped extend multiple scoring drives with crucial third-down conversions to lead to the victory.

Off the field, Knight has created a buzz on social media with his nickname of “Boogie.”

He recently announced a partnership with TC Designs, a signs and designs store in West Monroe, Louisiana, for new Boogie Kn1gh7 apparel.

The NCAA recently approved the NIL rights, providing athletes with varying degrees of new protections and opportunities to make money by selling their name

There is a hometown discount for t-shirts. KN1GH7 is the promo code. The website is https://twincitydesigns.com. Knight’s apparel is under campus collection.

Warhawks coach Terry Bowden recruited Knight, who started his college football career at Ohio State, when Bowden was at Akron.

“Coach Bowden asked me to come with him when I entered the transfer portal,” Knight said. “Coach Bowden and I built a strong connection. He says I remind him of the player he was. He gave me the opportunity to start.”

A former Ashtabula County Player of the Year, Knight is getting used to his new atmosphere.

“Doing my summer workouts here helped me get ready to go.”

ULM competes in NCAA Division I (Division I FBS for football), and joined the Sun Belt Conference for all sports in 2006.

Knight earned an undergraduate degree from Akron in Sports Management.

He has two years left of eligibility and is pursuing a masters degree in Criminal Justice.

At Akron, Knight played in all 12 games with six starts as a receiver in 2019.

During his career with the Zips, he also returned a punt 70 yards for his lone career collegiate touchdown score in 2018.

But Bowden wasn’t retained as coach following the 2018 season.

Concerning his time with the Warhawks, Knight has personal and team goals.

“We want to change the culture, and I’m looking forward to competing and winning conference titles,” he said. “I want 1,000 yards receiving, eight touchdowns and to be an All-American as a punt returner.”

Knight said his life-long goal is to play in the National Football League.

“I set high goals,” he said. “I build my foundation on hard work. My goals have become realistic with hard work.”