Search on for 2 parents charged in Michigan school shooting 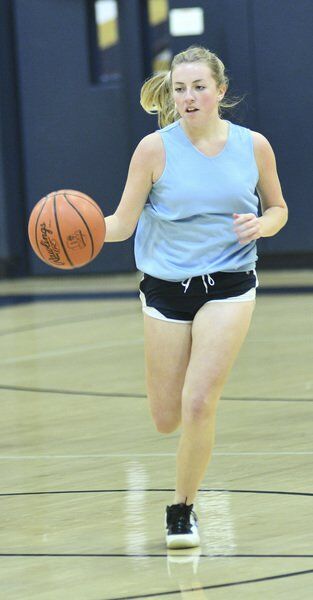 St. John's Colleen Andersen brings the ball up court during a scrimmage at Conneaut on Friday afternoon. 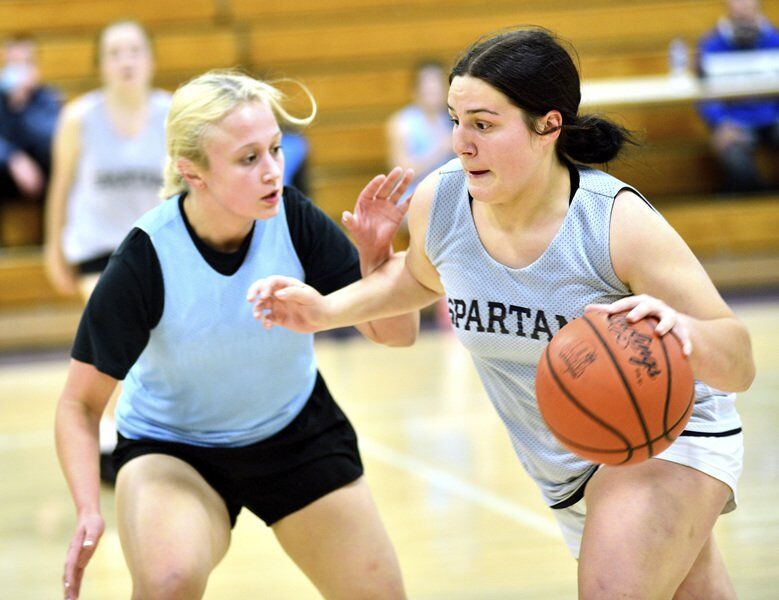 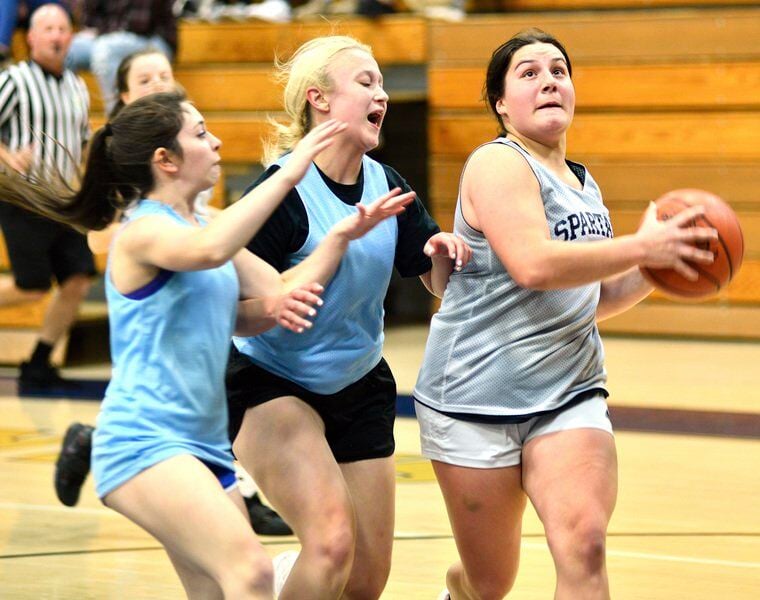 St. John's Colleen Andersen brings the ball up court during a scrimmage at Conneaut on Friday afternoon.

Fans may not recognize the style of play of the St. John girls basketball team this season.

In the past, the Heralds put scorers Emily Cevera, Sydney Carpenter and Lati Fleming on the court.

Those three have graduated, so veteran coach Nick Iarocci is changing things this season.

“In the summer league, we had to figure out our identity,” Iarocci said. “This is a very gritty team. They’ve bought into the drills.”

Those drills are consisting of playing tough, man-to-man defense.

“We want more ball pressure across the half-court line,” said Iarocci, who is in his 23rd year coaching St. John.

Players like Eva Oster are buying into the scheme.

“We want our base defense to be man this year” the junior said. “Everyone on the court is working to get better as a whole.”

Oster is one of five returners. The others include juniors Colleen Andersen and Harley Shellenberger and sophomores Grace DiSalvatore and Rylie Schor.

As far as scoring, Iarocci likes the balance his team offers.

“We don’t have one main scorer,” he said. “We have five to seven kids with the ability to score. We feel like this makes us harder to defend.”

Cevera was recently selected as the Ashtabula County Player of the Year in girls tennis.

Andersen said the new players have caught on quickly to the change.

“We have good chemistry,” she said. “We have been together, and I think we’ll adapt well.”

The Heralds will get the chance to showcase their scheme against all the county teams except for Pymatuning Valley.

Oster is looking forward to the schedule.

“Playing schools bigger than us will give us the opportunity to get better,” she said. “Our rival schools are probably Conneaut and Edgewood. We hope to leave everything out there.”

The Heralds will also go against teams from the Northeastern Athletic Conference. St. John is scheduled to join the league next school year with the majority of the team expected to return.

“That’s the nice thing about this group,” Iarocci said. “We can talk about the present and the future.”

The one caveat every team faces is the coronavirus pandemic still in existance.

“We take one day at a time, and do what we can,” Iarocci said. “We want to try and hang our hat on our defense, and use that defense to score.”

Still, there is optimism with the Heralds this season.

“We’re super-excited,” Iarocci said. “With one senior, we are hanging our hats on defense, and using that defense to score.”