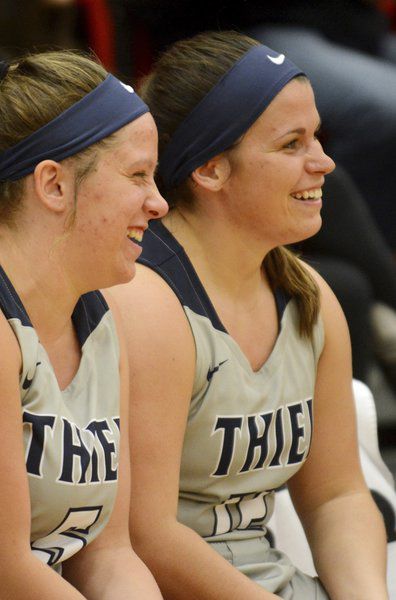 Geneva High School graduates and Thiel College’s Emily (left) and Courtney Harriman a share laugh on the bench during a women’s basketball game at Youngstown State University on Thursday. 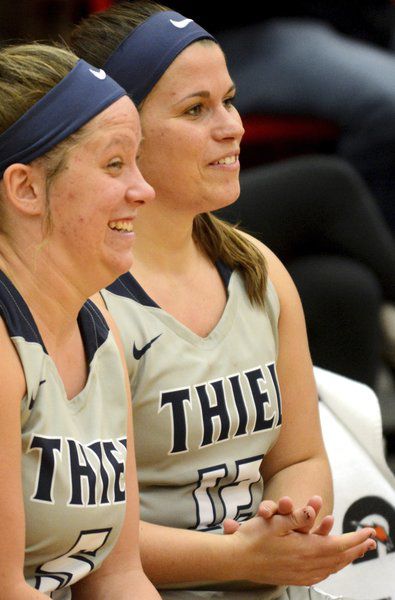 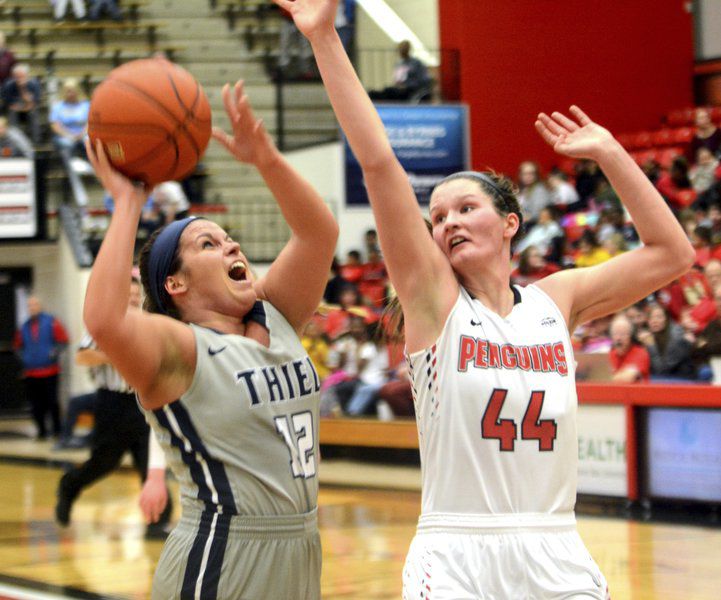 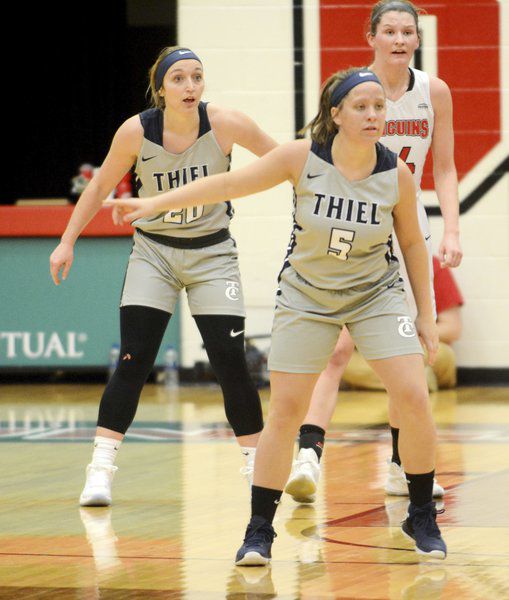 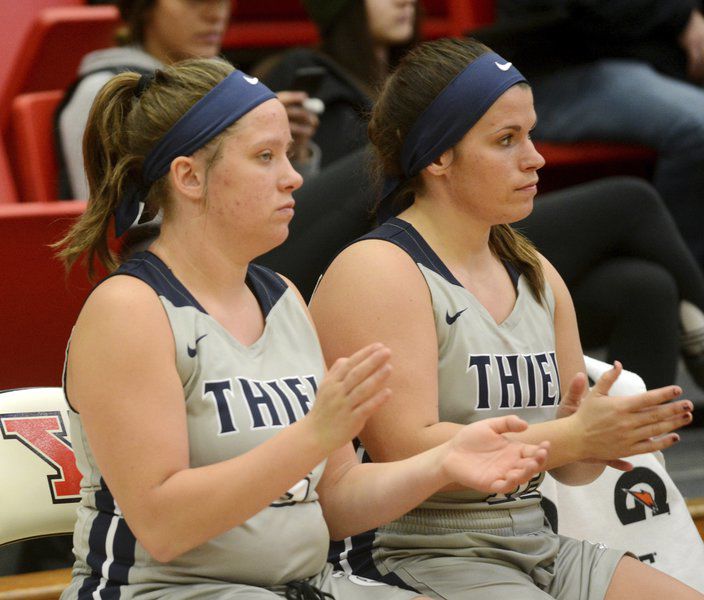 Geneva High School graduates and Thiel College’s Emily (left) and Courtney Harriman a share laugh on the bench during a women’s basketball game at Youngstown State University on Thursday.

YOUNGSTOWN — Courtney and Emily Harriman grew up playing basketball together.

Sisters separated by two years, the Harrimans played “Pig” in their driveway and challenged each other to games of one-on-one. Most contests between the two finished the same way.

“Normally it ends because we get in fights,” Emily said, provoking laughs from both sisters in the hallway of Youngstown State University’s Beeghly Center, following a recent women’s basketball game. “Someone wins, someone loses, but those memories are going to last forever.”

The Harrimans continued playing basketball together in high school, where they shared the court at Geneva for two seasons — during Courtney’s final two years with the Eagles and Emily’s first two.

After those two years ended, the Harrimans’ time spent sharing a basketball court appeared as if it too would be ending. Courtney went off to Thiel College to play basketball for the Tomcats and Emily still had two more years left at Geneva.

Emily looked at many different schools when trying to plan out her own future and said she “really put Thiel off,” but that didn’t stop her older sister from trying to persuade her otherwise. Eventually, Courtney’s efforts paid off and Emily, now a college freshman, joined her at Thiel.

“I just kept reminding her I’m also an education major, I love the department, I love the basketball team,” Courtney said. “We all come from around the same area, so we’re all just a bunch of small-town girls coming together and I just knew she’d really like the bond that we all have and it’s something that’s really special to be a part of.

“I knew she’d enjoy it, so when she finally decided that she was going to, I was really excited and we’re thankful that we can play together.”

Being able to play with her sister once more played a large role in Emily choosing Thiel.

“I thought about my sister and we’ve been playing basketball in the driveway since we were six, eight, so just to have the opportunity to play two years with her means a lot to us both,” the younger sister said. “She definitely pulled me over, but I wanted to (come to Thiel). In the back of my mind, I knew it was the right choice.”

Emily has appeared in all 11 games for the Tomcats this season. She scored six points in a 95-65 loss to Hiram on Nov. 28.

One of last year’s top playmakers in Ashtabula County and a second-team all-county member, Harriman has dished out nine assists, three of which she recorded in just 12 minutes of playing time against Alfred University on Nov. 17.

“Emily’s one of the players that has a unique thing about her, she’s a great ball-handler, quick, low, and she does a good job of getting to the basket,” Thiel women’s basketball coach Rob Clune said. “She has to work on her shot, but that’s the next phase. She’s a freshman and she’s done a great job developing as a player and she’s going to have a great career.”

Emily’s play is very reminiscent of her older sister.

Both pound the ball into the hardwood court with a powerful dribble, navigate their way to any spot on the court and create for their teammates.

Recruited as a shooter, Courtney is in her second season as a starter for the Tomcats. She started every game as a sophomore and finished sixth in the Presidents’ Athletic Conference in minutes played, while recording 38 assists and averaging 4.2 points per game.

This season, Courtney is shooting 40 percent from 3-point territory and scored 10 points in her team’s 77-70 win over Alfred.

“She’s just a little battery that keeps on going,” teammate and Grand Valley graduate Jess Vormelker said. “She pushes us, she runs up and down the court, she’s just really the energy that our team needs.”

Clune commended Courtney for the growth he has seen during her two-plus years at Thiel.

“She came in kind of one-dimensional and you could see she has developed the second phase of her game and works extremely hard and you can’t ask for a better person,” Clune said. “Her development has just been terrific and she keeps developing. She keeps getting better. You see from last year to this year and I’m sure going into next year she’s going to keep developing.”

Thiel (2-9) is a young team with eight freshmen. The Tomcats recently returned from a trip to Miami, Florida, which the Harrimans called “an awesome experience” that included pool days, strong competition and team bonding.

Courtney said her team just has to continue to “keep growing and working hard.”

“Now we gotta focus on our PAC play,” she said. “That’s what we’re going for.”