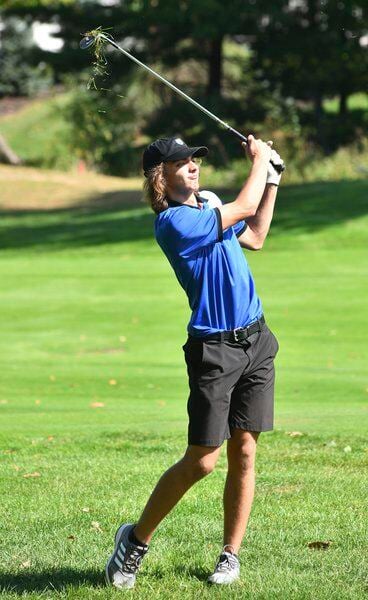 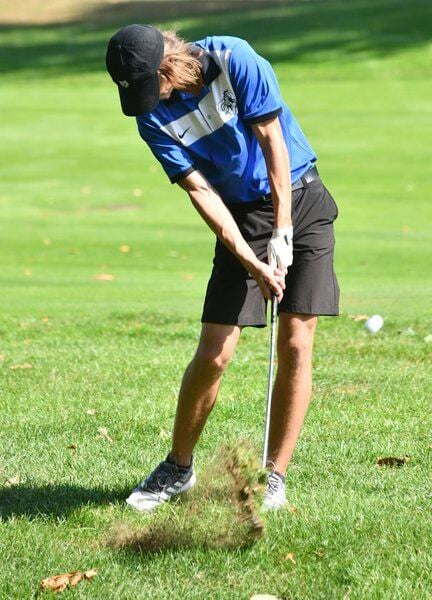 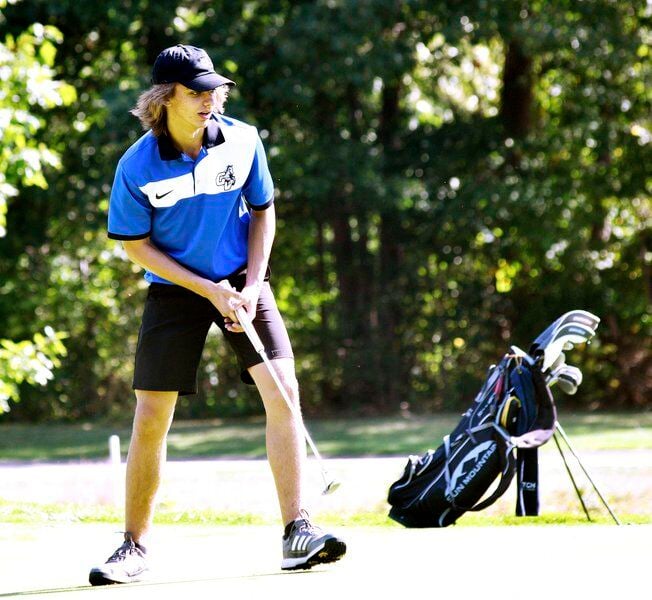 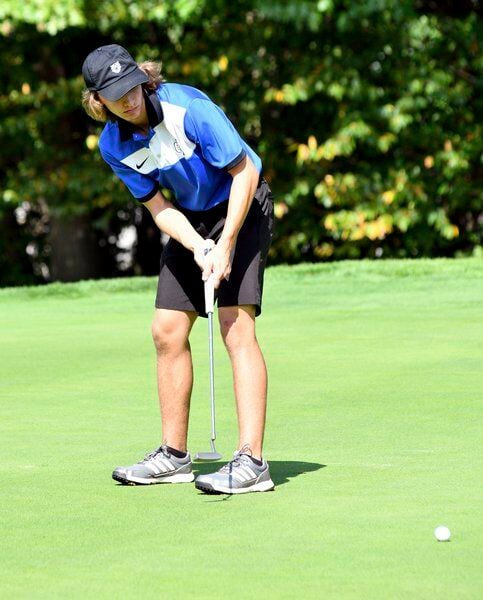 JEFFERSON — Hagan Hejduk pulled into Hickory Grove Golf Club in Jefferson. In the back of his car sat some golf clubs roughly as old as the Grand Valley senior.

He was getting ready to get some swings in with the Jefferson boys golf team.

Hejduk has a reputation on the baseball diamond and the basketball court. He’s played both sports for years. But his connection to golf goes back to his time as an infant.

His full name is Hagan Eldrick Hejduk. His father, Terry Hejduk, named his son after legendary golfers Walter Hagen and Eldrick “Tiger” Woods. Hagan Hejduk was always destined to find his way onto the course.

“My dad was a big time golfer when I was born, which still he is,” Hejduk said. “So that’s how I got into it, through him.”

Around 3 or 4 years old, Hejduk started to play with his father’s clubs. It wasn’t serious, just acting like a playful preschooler. But by the end of elementary school, he started to focus on golf and learning the ins and outs of his father’s pastime.

Eventually his time on the course dwindled as his time in the batter’s box and gym increased.

But that itch for the fairway returned after attending Grand Valley.

The only problem was the school didn’t have a golf team.

Hejduk’s father was GV’s athletic director. Hejduk convinced his father to push for a boys golf program shortly after stepping down as AD. Following some conversations with the school, boys golf had returned to Orwell after being cut years prior.

After becoming official, roughly 17 boys looked into joining the team. Only Hejduk followed through, however. He was the only member of a reborn golf program.

The Hejduks bonded together as father and son as the pair formed a coach-athlete relationship.

Despite the individual nature, golf is a team sport at the amateur level. And Hejduk was used to showing up at practice with teammates putting up shots or playing catch. Arriving at Hickory Grove alone was a different feeling.

He didn’t have teammates to interact with or someone to give him advice during his practice rounds. Eventually, he started practicing with the Jefferson boys golf team. His father, members of Hickory Grove and even GV girls basketball coach Bob McKinney started giving him pointers as he continued to pick up the game.

“Everyone in the community that I know has helped me to be a better golfer,” Hejduk said.

Hejduk didn’t spend much time with the Falcons over the summer. His summer baseball season ran through August, so he didn’t hit the course until later that month or early September.

To fill the void in his schedule, Hejduk joined his father and cousin on various golf outings around Ashtabula County.

It wasn’t the same as a structured training regiment, but it got the competitive juices flowing.

He also didn’t get a chance to compete in many tournaments during the regular season. His only regular-season tournament was the Karl Pearson tournament in August.

Hejduk finished second in the tournament with a 37.

Despite the lack of competition, the senior still found success.

He tied for fourth place with Cardinal’s Connor Callison with an 87 in the Chagrin Valley Conference Division tournament.

And Hejduk finished tied for fifth at the Division II boys golf sectional tournament at Quail Hollow Country Club. He shot 41-40-81 and was five shots off the leader, Lake Catholic’s Dominik Cosic.

“Getting out of sectionals was my goal at the beginning of the season,” Hejduk said. “Now it’s districts. I didn’t think I’d have a shot at competing in sectionals, let alone top five.”

When Hejduk takes the course at Windmill Lakes Tuesday in the district tournament, he’s taking it just as seriously as his prior three appearances.

He has gotten some college looks for baseball and could consider golf if he gets a scholarship offer.

But whenever he decides to stop playing competitively, Hejduk already knows how he will spend his free time.