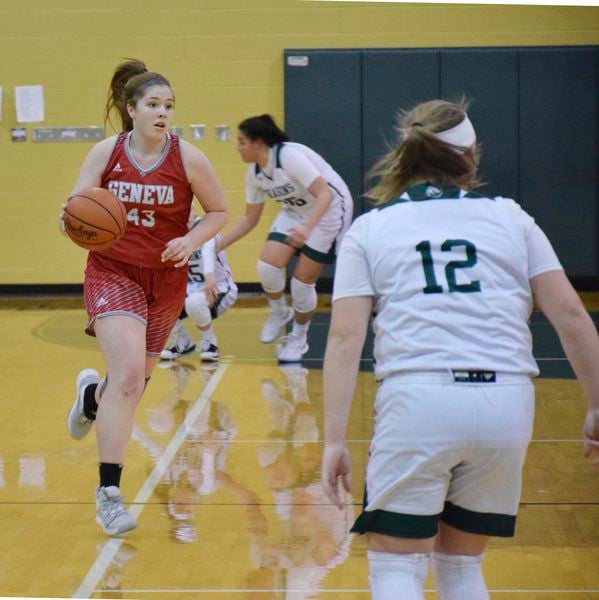 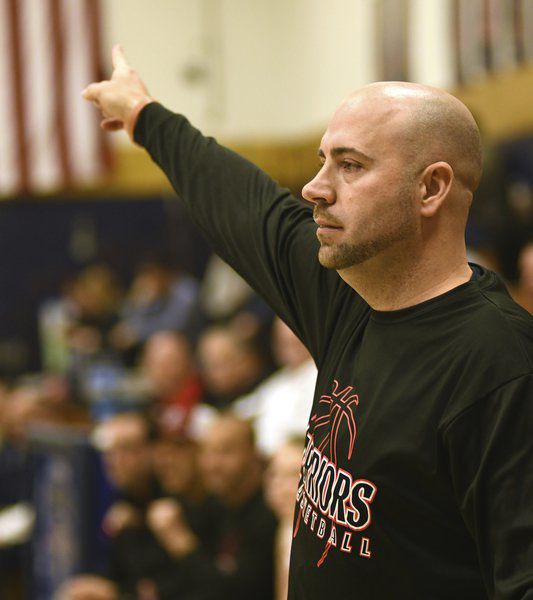 ASHTABULA TOWNSHIP — The date has been circled for months and the wait is almost over.

In less than 48 hours, a Chagrin Valley Conference girls basketball conference will pit father against daughter, as the Randy Vencill-coached Edgewood Warriors play host to Jordan Vencill and the Geneva Eagles on Saturday.

The trash talk has already started.

“I tried [Monday] night,” Randy Vencill said. “I just told her that we were going to shut her down and she just kind of laughed about that. So a little bit. Nothing major yet.”

While Saturday will mark the first time the two go head-to-head in a high school game, they have had their fair share of non-regulated games against over the years.

Her dad, however, remembers things a bit differently.

“She’s never beat me,” a straight-faced Randy Vencill said. “I think she did beat me once, probably the last time we played, but I wasn't playing hard. I didn’t stretch or anything like that.”

The Edgewood coach said most of the hype surrounding Saturday’s contest has been created by other family members and friends, and he’s been asked how he plans to slow down his daughter, Geneva’s leading scorer.

Aside from all of the fun banter, and after the much anticipated pregame handshake between Geneva’s center and Edgewood’s coach, Saturday’s matchup is big for a Geneva team with hopes of contending for a conference title and an up-and-coming Edgewood team looking to make a statement.

Both teams are playing some of their best basketball entering the showdown.

The Eagles (9-4) are winners of four straight and three victories were decided 24 points or more. Sparked by its pressure defense from guards Hope Stanley, Jordyn Jamison, Gabbi Selman and Reign Cribbs, Geneva forced 37 turnovers in Wednesday’s win and have not allowed a team to score 40 points on them since Dec. 18.

“Defense is all we preach and that’s what’s been carrying us through these great wins,” Jordan Vencill said. “Just ball movement, communication and hard defense.”

The Warriors own a 6-7 record, which is already a major step up from last year’s two-win campaign. They owned a four-game winning streak and a .500 record before running into Perry on Wednesday.

Sidney Melaragno and Kaci Kanicki have handled the bulk of Edgewood’s scoring responsibilities, and Nikki Pendleton, Heather Farr and Alaina Neczeporenko all have scored 10-plus points in at least two different games.

“I think we played a real good West Geauga team and they kind of put it on us and that was kind of a wake-up call,” Randy Vencill said prior to the Perry game. “... I think that [outcome] could have pushed us one way or another, and the girls reacted well and came back and have played great the last four games.”

Saturday's game is scheduled to start at 1 p.m.

“We’re just ready to go at it,” Jordan Vencill said.