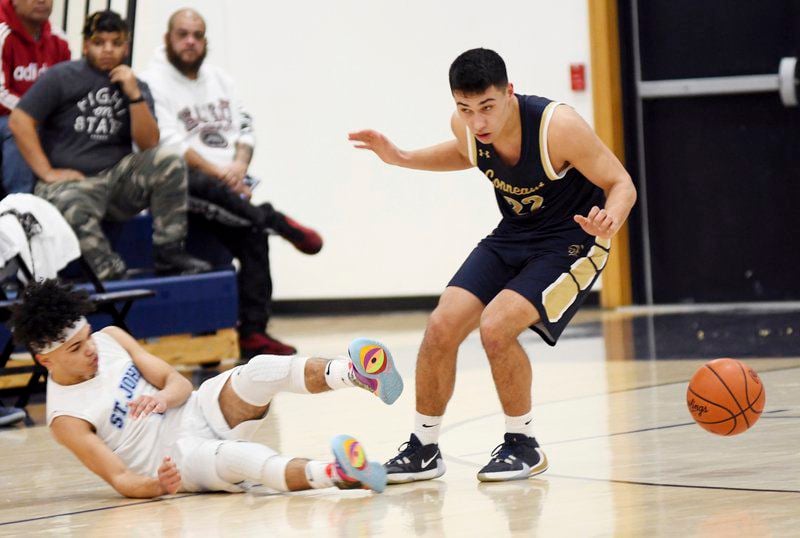 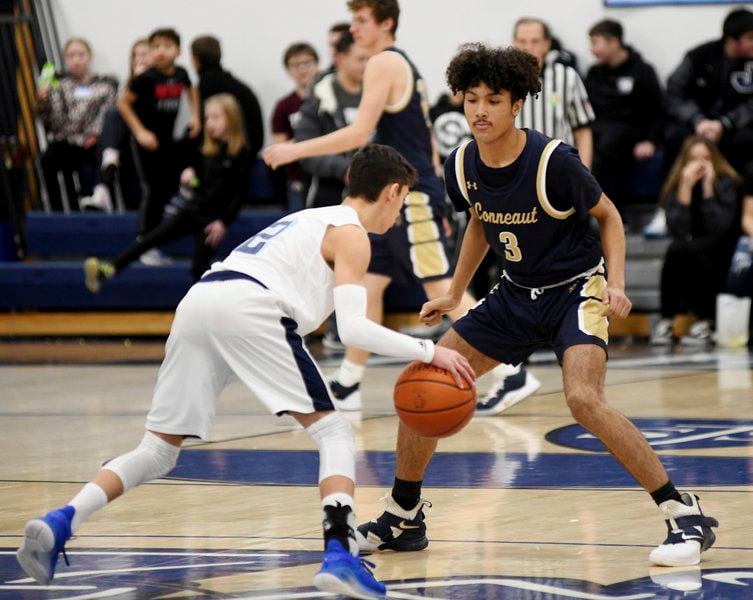 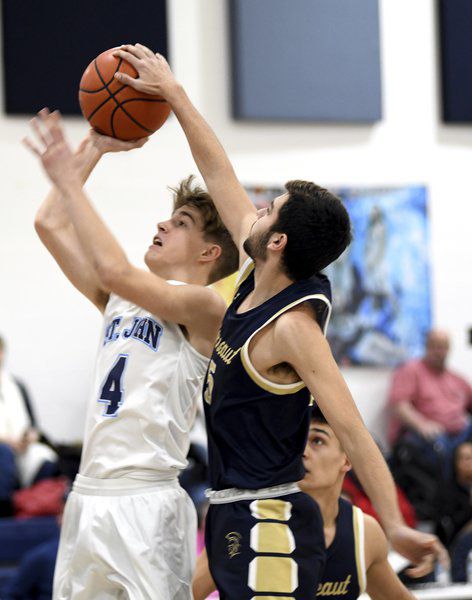 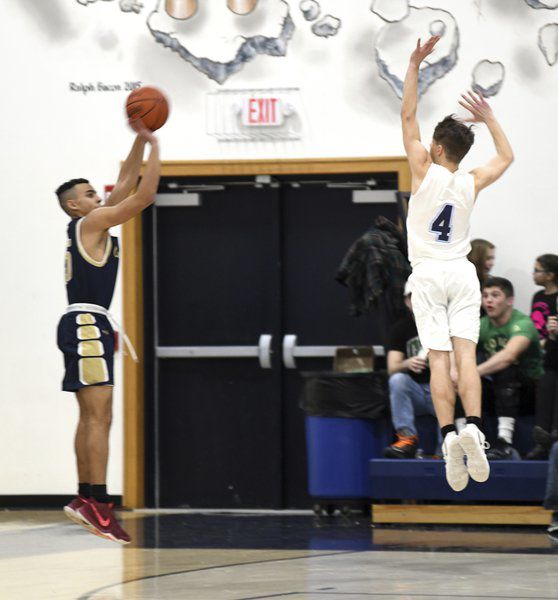 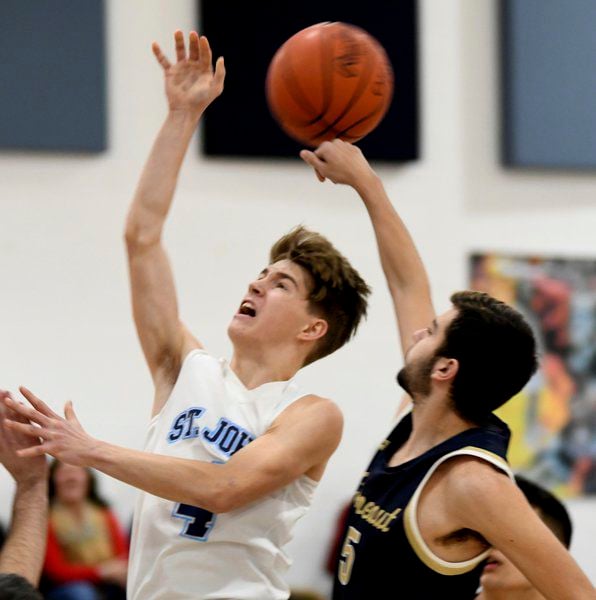 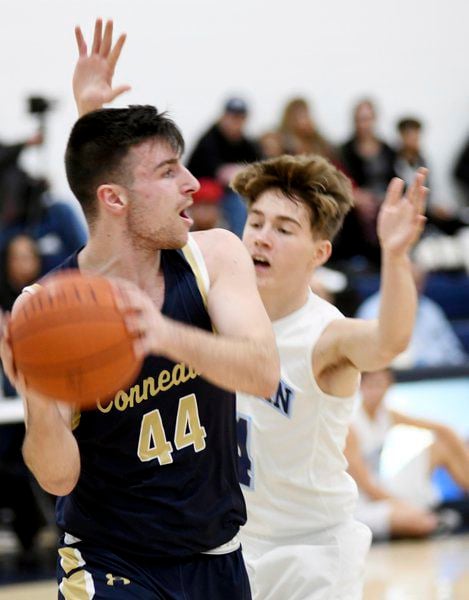 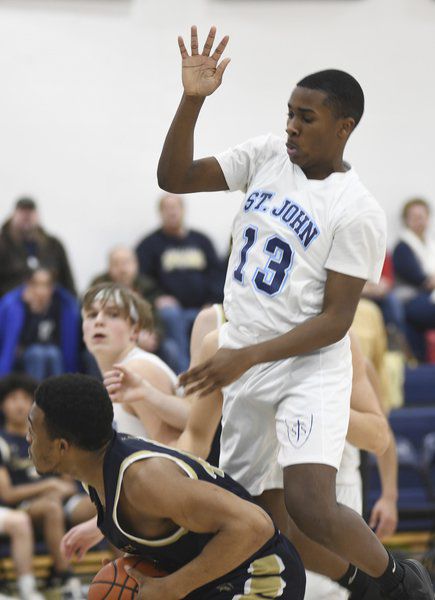 The Spartans ran off to a 10-0 lead before the Heralds scored their first basket more than four minutes into the game in a 74-51 non-conference win.

“We talked about our defense fueling our offense,” Conneaut coach Tim Tallbacka said.

He said St. John slows the ball down so getting off to a quick start reduced the effectiveness of the Heralds slow down game.

Tallbacka said the quick start helped the Spartans, which improved to 8-13. He said the team worked together for the victory.

“We look for balanced scoring,” Tallbacka said of his squad. “I thought Ethan Knight had a big game.”

Tallbacka said he sees his team coming together following a strong late game performance against Northwestern.

“The last three quarters ... we found out some things about ourselves,” he said of the game held earlier in the week.

The Spartans have two games left before tournament time. They go Grand Valley next Friday and Edgewood in Erie at 3 p.m. Feb. 22 before the Bayhawks game.

He said the team has been struggling with slow starts the last three or four games.

“Against a senior dominated Conneaut team that was the last thing we wanted to do,” Turner said. He said the team was excited about a “mini-run” late in the first quarter, but the confidence faded when the Spartans started increasing the lead again.

“We are still young. We have two seniors. We have a whole lot of guys coming back,” Turner said. He said it was a blessing, and a curse, to have some mid season success because some lax attitudes developed.

Turner said he told the team that they are going to take their bumps and bruises but if they continue to work hard they will have success next year.

The Heralds are 7-14 and will be play Fairport on Monday and again Feb. 25 for a Division IV sectional tournament contest. Both games are at Fairport.