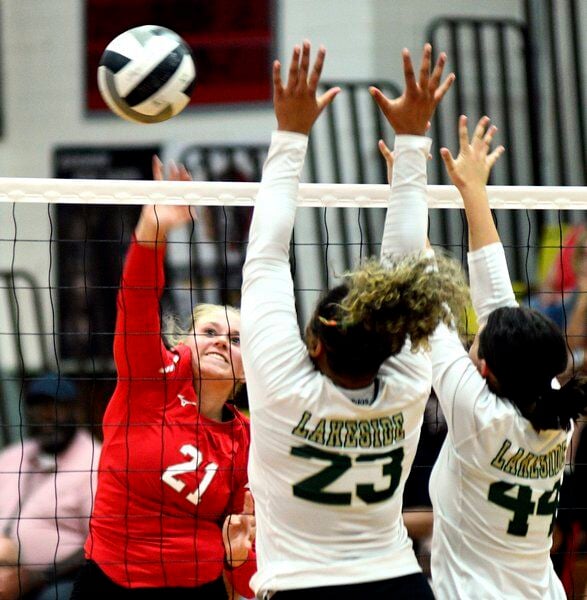 Edgewood’s Sarah Coxon (21) spikes the ball as Lakeside’s Adrianna Campbell-Hull and Andi Michovsky (44) leap for a block on Thursday evening during a match at Edgewood. 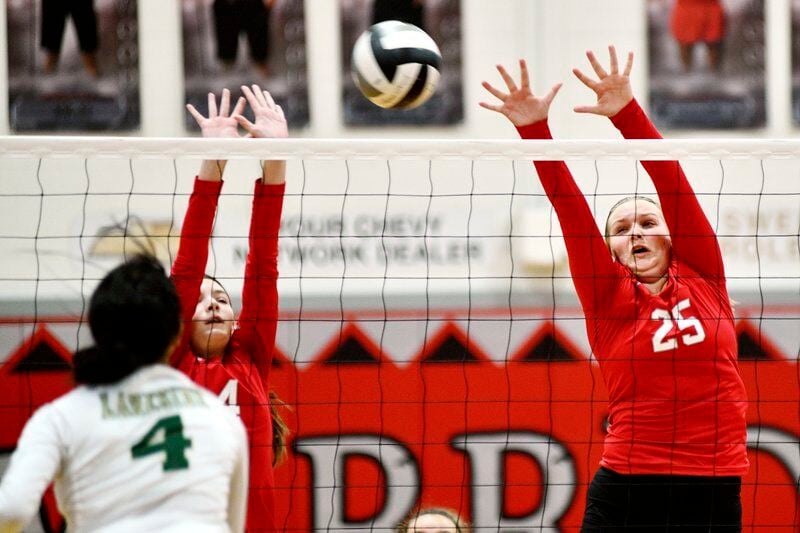 Edgewood's Reagan Knox (4) and Warrior teammate Isabella Stern (25) leap for a block of a spike by Lakeside's Chrisjeily Rodriquez (4) on Thursday evening during a match at Edgewood. 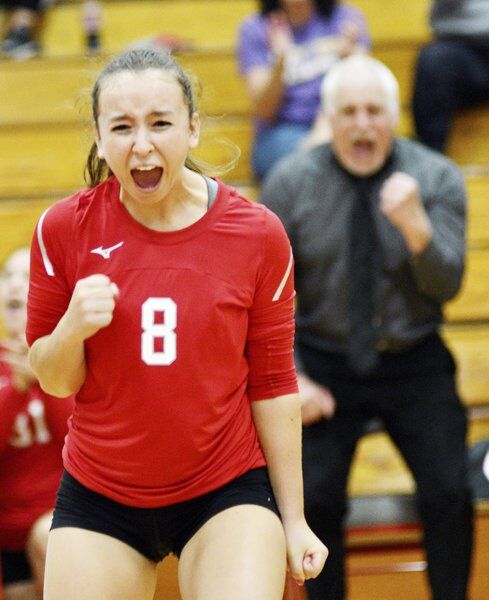 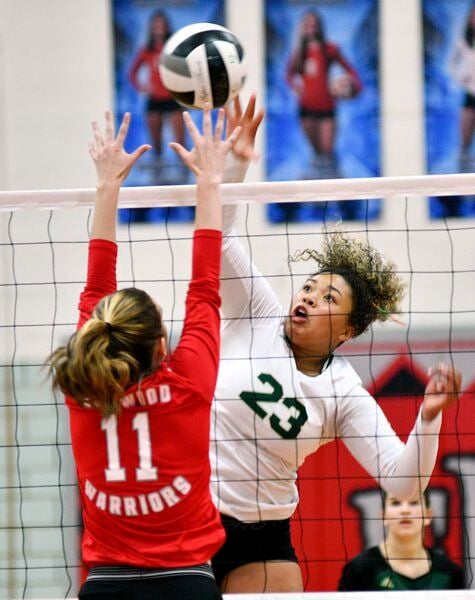 Lakeside's Adrianna Campbell-Hull (23) spikes as Edgewood's Emma Thomas (11) leaps for a block on Thursday evening during a match at Edgewood.

Edgewood’s Sarah Coxon (21) spikes the ball as Lakeside’s Adrianna Campbell-Hull and Andi Michovsky (44) leap for a block on Thursday evening during a match at Edgewood.

Edgewood's Reagan Knox (4) and Warrior teammate Isabella Stern (25) leap for a block of a spike by Lakeside's Chrisjeily Rodriquez (4) on Thursday evening during a match at Edgewood.

Lakeside's Adrianna Campbell-Hull (23) spikes as Edgewood's Emma Thomas (11) leaps for a block on Thursday evening during a match at Edgewood.

ASHTABULA TOWNSHIP- When local rivals get together, passion is often the biggest factor. Thursday night’s crosstown matchup between Edgewood and Lakeside was no exception.

The Warriors and Dragons slugged it out for five sets in front of packed student sections on both sides.

Both teams had plenty of passion, but it was Edgewood that had a little more at the end.

After splitting the first two matches, the Warriors (4-1, 3-1 CVC) appeared to be on the verge of taking command of the match as they built a 24-16 in the pivotal third set.

Instead, the Dragons roared back with a 6-0 run. They would lose 25-22, but the momentum from the late run propelled them to a rout in the fourth set.

Going to the fifth, Edgewood senior Claire Randolph said her team just had to regain the passion they played with earlier.

“We were playing so flat, we couldn’t excel to our higher selves and play to the best we could play,” she said. “We had to reap within ourselves and bring out the passion that was hidden in the fourth game and bring it out in the fifth. I think we did that and I’m proud of my team.”

Edgewood coach Dave Fowler was proud as well but had to take a moment to applaud the opposition.

“Give credit to Lakeside,” Fowler said. “Our level dropped a bit and we started giving them points with unforced errors, but they were serving spots that we were having a hard time getting up, then they were hitting it, they were going down the line and hitting deep.”

After the fourth set though, was when the coach reminded his team a match consists of five sets, not four.

“I said, ‘refresh my memory because I’m kind of old. Did they just win the match? Did we play the fifth set yet? Let that match go, and let’s come back and win this one,’” Fowler said.

Heeding their coach, the Warriors took charge of the fifth set immediately, jumping out to a quick 6-1 lead, getting three kills from Sarah Coxon. The lead stretched to 9-3 forcing Lakeside Coach Stephanie Kubec to burn a timeout to settle her players. The Warriors greeted responded by scoring three more points to all but put the nail in the coffin.

“We just ran out of steam,” Kubec said. “We made too many unforced errors and played a lot of our systems. It’s hard when you’re out of systems and you’re making errors and you can’t get good sets and good hits in.”

Kubec’s team graduated nine seniors from a year ago, including the county player of the year (Sidney Griffith) as well as arguably the county’s second-best player (Jeylo Hernandez). Seeing her girls have the opportunity to play a close meaningful match in an intense environment is something she said will pay dividends down the road.

It was the second big win of the week for Edgewood. Tuesday night they came from down 2-0 to defeat Hawken. Fowler credited his team for their ability to keep that passion up, night in and night out.

“No one understands how hard it is to maintain an energy and effort and emotional level for five sets; it’s draining and they do it every match,” the coach said.

The Warriors were led in spiking by Coxon and McKenna Vencill with 25 each. Vencill also had a team-best 18 service points. Maddie Bailes had 21 assists.

For the Dragons (4-2, 2-1 CVC), Chris Rodriguez and Halle Chase led the way in kills with 19 and 15 respectively. Collins added 15 serving points, Rodriguez had 12. Andi Mickowsky had 28 assists.