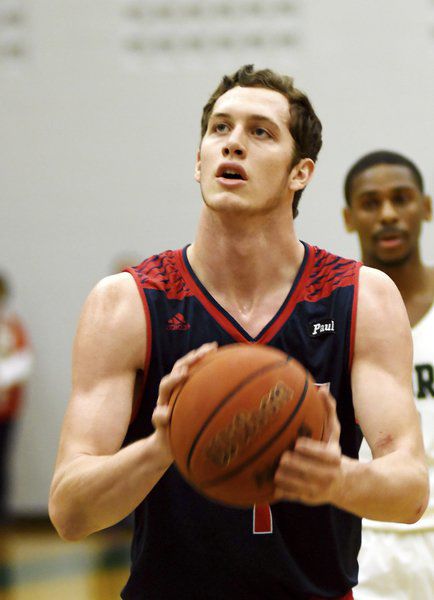 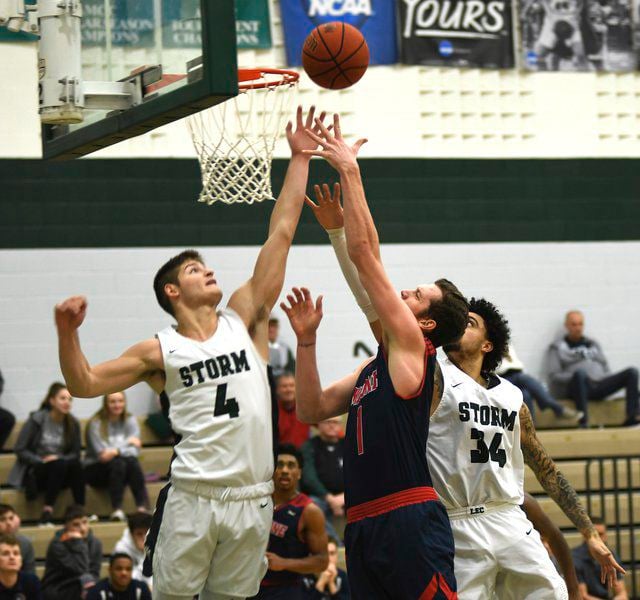 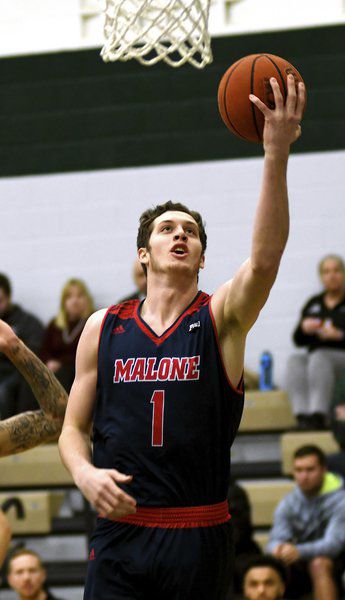 Malone’s Marcus Ernst, an Edgewood High School graduate, drives for a layup during a recent game at Lake Erie College in Painesville. 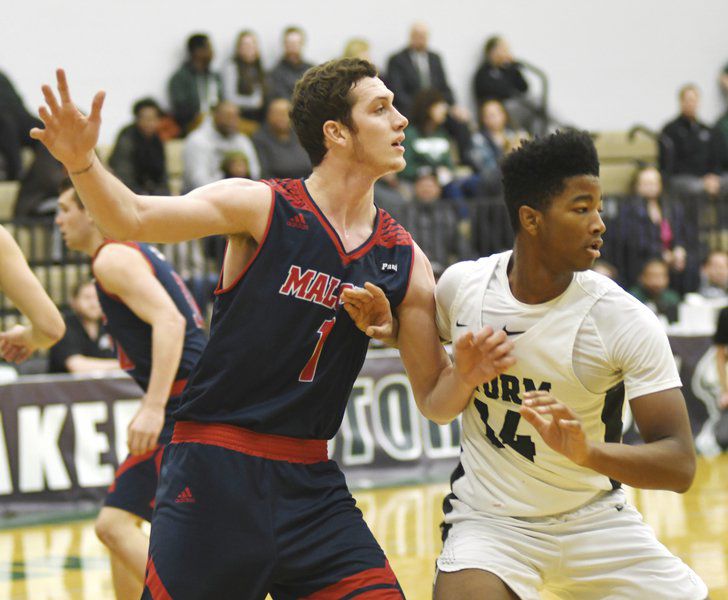 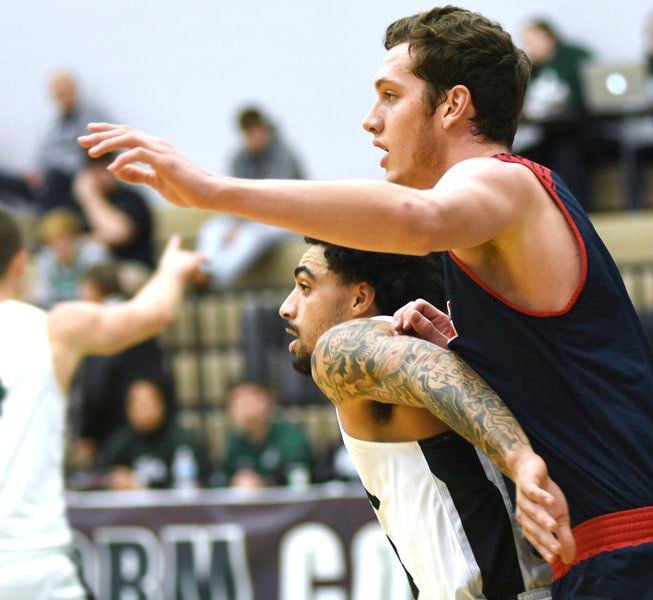 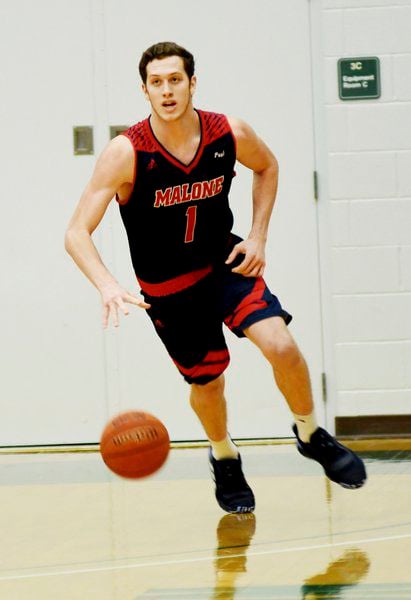 Malone's Marcus Ernst, an Edgewood High School graduate, brings the ball up court during a recent game with Lake Erie College in Painesville.

Malone’s Marcus Ernst, an Edgewood High School graduate, drives for a layup during a recent game at Lake Erie College in Painesville.

Malone's Marcus Ernst, an Edgewood High School graduate, brings the ball up court during a recent game with Lake Erie College in Painesville.

PAINESVILLE — Marcus Ernst has moved up the chain for the Malone University men’s basketball team.

Through 16 games so far this season, the 6-foot-7 junior is second on the team in scoring at 15.2 points per game and first with 153 rebounds, 18 steals and 20 blocked shots. The 153 rebounds rank among the top of the Great Midwest Athletic Conference.

He was also selected the conference player of the week in December.

“I have a good coaching staff,” Ernst said following an 80-73 loss to Lake Erie College at Osborne Gym on Thursday night. “In high school, my game was on the perimeter. Rebounding is a big part of my game now.”

As a freshman, Ernst, an Edgewood graduate, played in all 29 games with the Pioneers. Coming off the bench, he averaged 13.7 minutes per game. On the season, Ernst totaled 102 points, 112 rebounds, 19 assists, eight blocks, and five steals.

Last year, he played in all 29 games, including 28 starts.

This season has been even a bigger jump.

Ernst, who is playing center/forward, has tallied double-digit points in 13 games and 20 or more points twice. He had a season-high 25 points at Tiffin University in December. Ernst is shooting 53 percent from the field.

It’s no accident Ernst has improved his game.

“Over break, we worked with him in the gym and he’s at a whole new level,” said Warriors assistant coach Jay Bowler, who was part of the Edgewood contingent who watched Thursday’s game. “He really got big. He worked on getting bigger, faster and stronger.”

Ernst even worked on free-throw shooting and the results showed immediately by going 5 of 6 against the Storm.

“I’m getting to the line a lot and that goes in my favor,” he said.

Ernst, a first-team all-county selection as a senior, said the focus in the offseason was on lifting, conditioning and becoming a leader.

“My work ethic got a lot better and putting my team in position to win,” he said. “I’m embracing my world.”

Against Lake Erie, Ernst tossed in 19 points and grabbed eight rebounds as Malone dropped to 9-7 overall, 3-3 in the GMAC.

The Pioneers are in a 12-team conference with 12 regular-season games remaining.

“We have two good seniors [Daylan Haynie and Sehill Mouliom] and they supply a lot of leadership,” Ernst said. “We’ve got a close group. We want to reach the conference tournament finals and make the national tournament.”

Individually, Ernst is just looking to play his part in whatever capacity.

“I’m always guarding the best player’s opposite big, and try to give good energy,” he said.

Thursday’s game was a homecoming of sorts for Ernst, as Ashtabula is roughly 30 away from Lake Erie College.

“It’s good to be in front of the home crowd,” Ernst said. “Ashtabula County in general ... people from Geneva, Jefferson ... are rooting for me. I’ve got a good support system.”

“It’s a nice experience seeing someone you know play at a level like this,” he said.

John Bowler is proud that Edgewood graduates are playing at the college level.

“It started with Connor [McLaughlin at Penn State Behrend] and now we’re watching Marcus,” he said. “It means a lot to see how hard he’s worked and what it takes to get to the next level.”

Ernst is cognizant of his role to the Edgewood community and area in general.

“I’m blessed to be able to play at this level and thank God,” he said. “I tell my brother [Jacob, an eighth-grader], who is coming through the system to control what you can control. It’s really a privilege to be like that.”