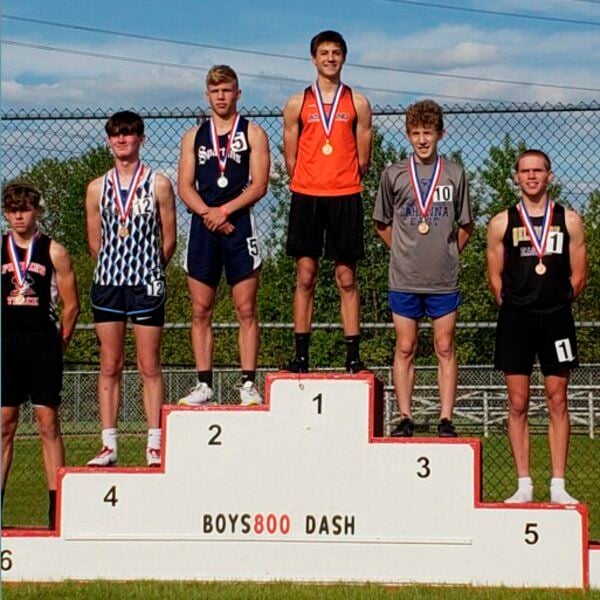 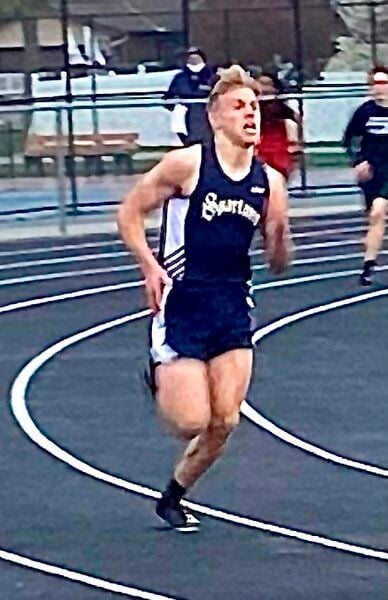 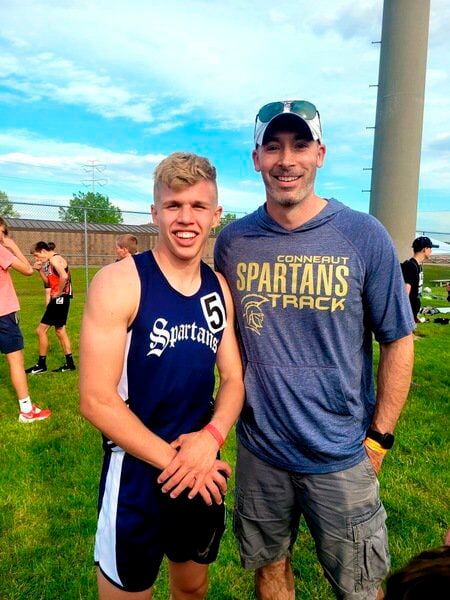 As if his raw athleticism, unwavering dedication to training and conditioning and a level of mental toughness brought over from other sports did not create enough of an advantage for Bradley Eaton, the officials at the junior high state track meet provided a little something else that helped Conneaut’s eighth-grade standout.

Eaton was one of 24 runners who competed in the 800-meter run recently at Hilliard Darby High School.

The race was separated into two heats of 12.

The first heat ran the faster times, however, Eaton was seeded 13th which put in the second heat.

“I was extremely upset,” he said of not being included with the faster runners. “My game plan was to be in that fast heat and just stay in the pack and then pass everybody at the end.”

Eaton’s strategy, though, changed when he saw he was in the slower heat. Rather than staying with the pack, Eaton knew he had to separate himself early.

In less than three minutes, Eaton had shown everyone the seed times were not exactly accurate.

Ironically, the only competitor faster than Eaton was also in the slower heat. Alliance’s Tyler Sauder won the state championship in 2:03.1.

Though his goal was to finish first, having someone out in front of him kept Eaton focused on staying strong the entire race.

“He and I wound up pushing each other so hard that we wound up taking first and second,” he said. “We were the two kids in the slow heat, we knew we had to go.”

Second place in anything does not sit well with Eaton, either.

But considering it was his first year of track and field he couldn’t complain much.

“I was really happy with the finish,” Eaton said. “I don’t think I was in the best of shape. The whole year with coronavirus and everything, I know everyone had to deal with it. But I do think I could have been in better shape. I’m happy with second, but everyone wants first.”

A state champion on the wrestling mat a few months back, track and field was something new to Eaton this spring. It was a sport out of curiosity that drove him towards more than anything else, he said.

“I guess I just wanted to know how fast I was,” Eaton said. “I wanted to see if I could push myself and compete with kids from other schools. I guess that’s why I went out.”

Eaton did a lot more than compete ... he more or less dominated.

Coach Adam Lytle said the type of success he had is ‘kind of hard to put into words.’

“Whatever he tries, he was great at,” the coach said. “He did a little bit of everything. He was injured and couldn’t do any running, so I put him in the shot put and discus events without any practice, he went out there and took first place. Just whatever he touches turns to gold.”

Eaton’s athletic skill speaks for itself. What really sets him apart though is his mental toughness.

“That’s one thing that Bradley has always had,” Lytle said. “He’s always been the toughest person in the room, whether it’s physically or mentally. He always wants to win and he’s never going to accept second place.”

Wrestling and soccer have been sports he’s been the most invested in, but Eaton said the success he’s found in track and field is something he plans to continue.

“Yes,” he said. “I will be running track next year in high school.”