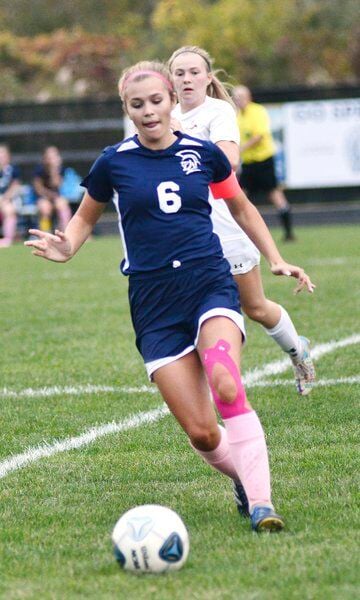 Conneaut's Claire Eaton (6) drives the ball up the field on Tuesday evening during a home match with Girard, Pa. 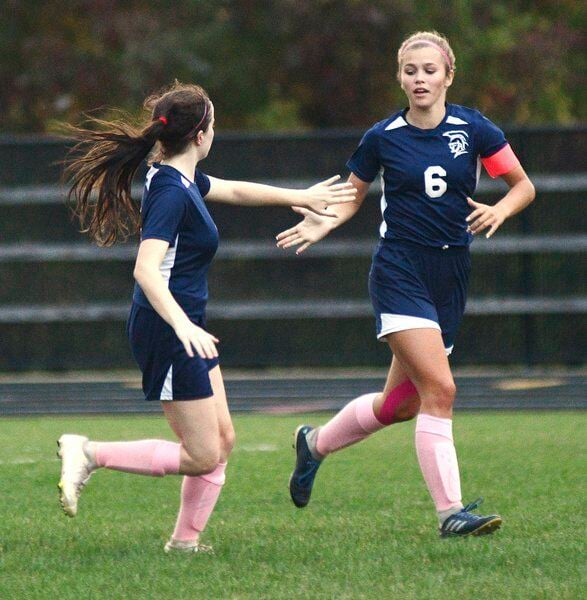 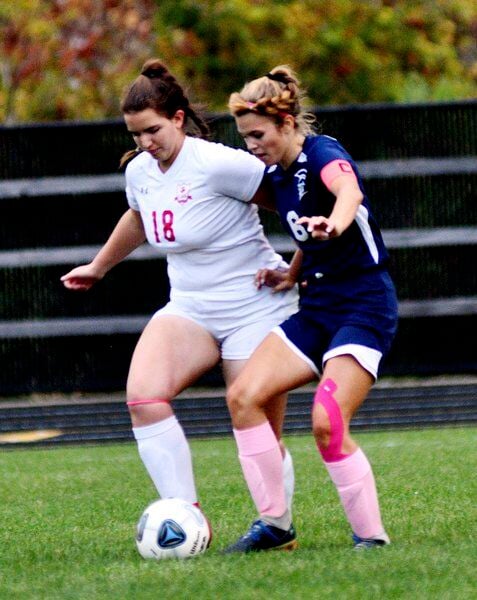 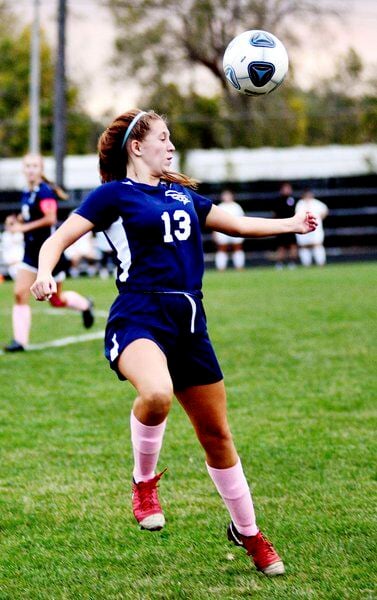 Conneaut's Lauren McVoy controls the ball on Tuesday evening during a home match with Girard, Pa. 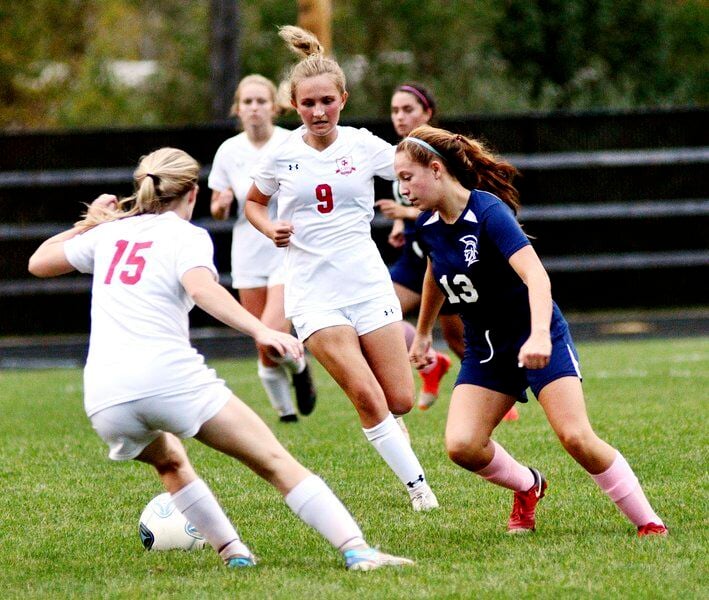 Conneaut's Lauren McVoy (13) battles for the ball with Girard's (Pa.) Abbi Teed (15) and Sarah Wilcynski (9) on Tuesday evening in Conneaut.

Conneaut's Claire Eaton (6) drives the ball up the field on Tuesday evening during a home match with Girard, Pa.

Conneaut's Lauren McVoy controls the ball on Tuesday evening during a home match with Girard, Pa.

Conneaut's Lauren McVoy (13) battles for the ball with Girard's (Pa.) Abbi Teed (15) and Sarah Wilcynski (9) on Tuesday evening in Conneaut.

CONNEAUT — Prior to the game, Claire Eaton walked out to the middle of the field with her family at SPARC. A short biography was read by the announcer before Tuesday’s girls soccer match between Conneaut and Girard (Pa.).

Eaton was one of five seniors honored before the start of the match. And her second-half performance helped give the rest of the senior class a victory on Senior Night.

Conneaut beat the Yellow Jackets 4-2 thanks to two goals by Eaton.

“We just needed to pull it together, and I realized I’ve played better and can play better,” Eaton said. “I stepped up my game and did what I know how to do.”

The Yellow Jackets (3-8) scored early in the first half. Abbi Erion scored twice in the first 15:27 to give Girard the lead.

Lauren McVoy got the Spartans (3-11) on the board after receiving a pass from Madison Enssle. McVoy tucked the shot into the bottom left corner of the next with 27:18 remaining the first half.

In the final minutes of the half, the Yellow Jackets made a critical error that swung momentum.

Girard goalkeeper Keagen Erion took a hit to the head while trying to cover a loose ball midway through half. Midfielder Peyton Koma replaced her in the net.

With 3:14 until the break, the Yellow Jackets had the ball in front of the goal. The Spartans pressured the ball and a teammate sent it past Koma into the Girard net to tie the match at 2.

“Obviously it’s not what we wanted or how we wanted it to happen, but it left us at halftime 0-0 and a fresh start with 40 minutes,” Eaton said.

In the second half, McVoy had the ball in the middle of Girard’s side of the pitch. She had two players closing in on her but found Eaton breaking toward the net. Eaton put it past the Yellow Jackets’ third goalie of the night, Katelynn Brower, with 26:30 remaining for a 3-2 Conneaut lead.

The ball hit off the bottom of the crossbar and pass the line enough to count. Eaton scored again with just under 15 minutes to play to push the lead to 4-2.

“Claire, every season she’s been healthy, has been our leading scorer,” Conneaut head coach Becky Thomas said. “She came through tonight for us. This was a big win. It was a win that we wanted all year.”

Laney Pasanen made eight saves for the Spartans.

Keagen Erion made two stops before leaving with a head contusion. And Koma had one save and Brower had two in relieve of the Yellow Jackets goalkeeper.

Conneaut senior Kaitlyn Goulx suffered a torn ACL and meniscus only a few games into the season against Grand Valley on Aug. 31. She was one of the five seniors honored Tuesday.

Goulx underwent surgery on her knee less than a week ago. She walked on crouches and wore a knee brace. During the match, she sat in a chair next to the bench.

Before play began, the coaches and team captains met at midfield with the officials. Girard agreed to let Conneaut get the first possession with Goulx a couple feet onto the pitch.

She stood just to the Spartans’ side of midfield as her teammates got the ball and kicked it out of play. After the whistle blew, Jenna Williams subbed in for the senior.

It was only for a few seconds, but Goulx made one last appearance for the Spartans.

“[Goulx] was a key to our defensive line since the day that she stepped on the field freshman year,” Thomas said. “For her, it was only right that she got to start with her friends, start with her fellow teammates. And I hope that’s something she’ll leave remembering that, even though she was hurt, we respect Kaitlyn enough that we put her out there.”