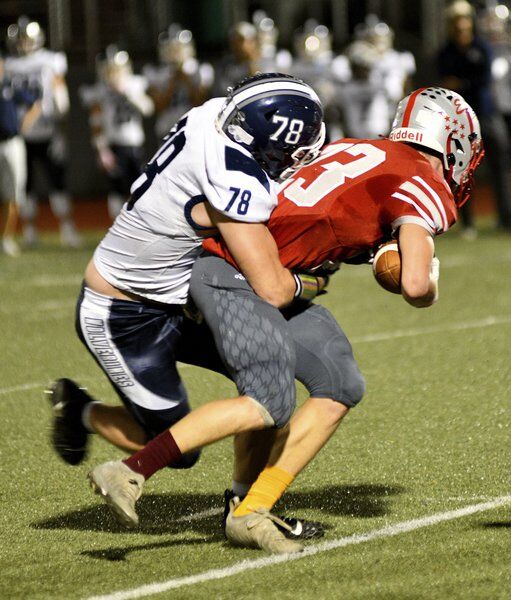 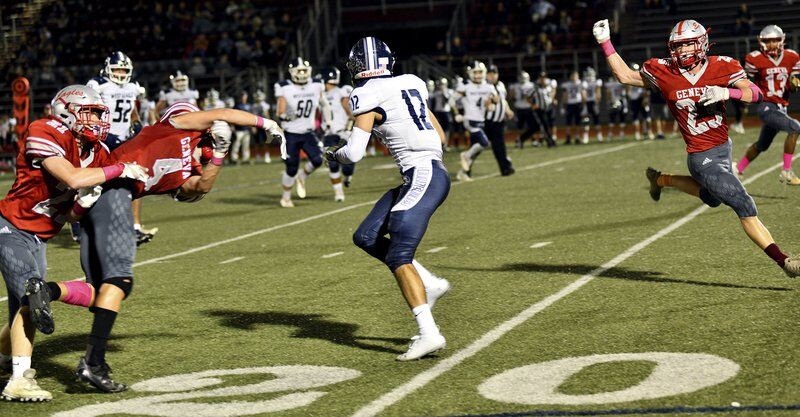 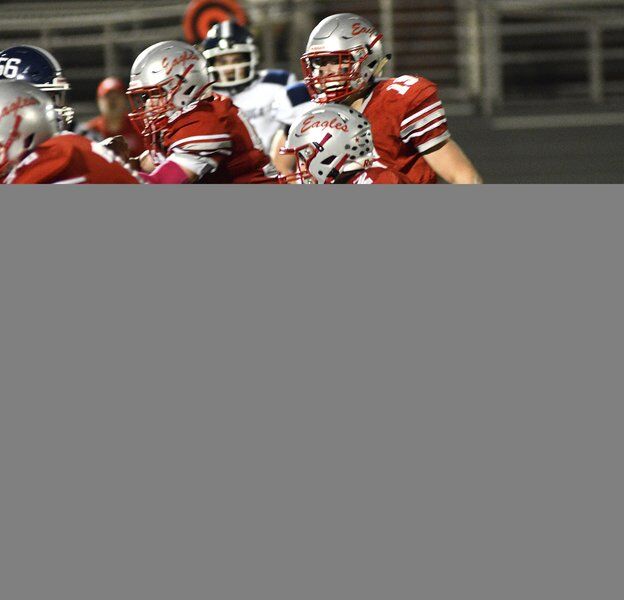 Geneva's Dylan Hamilton (2) looks for running room behind the offensive line after receiving the handoff from Eagle quarterack Wyatt Fuduric on Friday night at SPIRE Institute in Harpersfield Township. 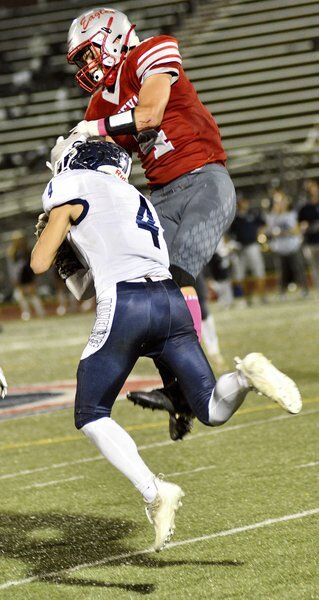 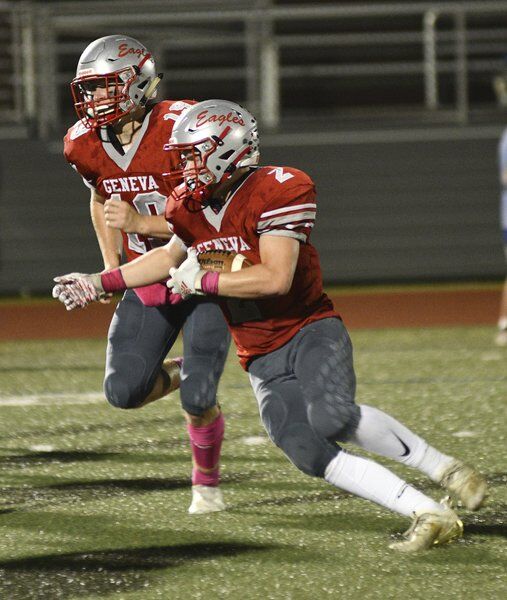 Geneva's Dylan Hamilton (2) looks for running room behind the offensive line after receiving the handoff from Eagle quarterack Wyatt Fuduric on Friday night at SPIRE Institute in Harpersfield Township.

The game was called due to lightning in the area.

The officials stopped the game two prior times in the second half and waited several minutes before resuming.

After the third delay however, the players and coaches were sent to the locker room. Both coaches decided to end the game instead of returning to the field.

“Honestly, if they just would have let us play, we would have gotten through this game, no doubt,” Geneva running back Brady Peet said. “We would have beat the storm and maybe a different outcome, but can’t win ‘em all.”

The game was also decided by a string of costly plays by Geneva.

A bad snap sent the ball over punter Josh Cupp’s head later in the drive. He recovered but was tackled in the end zone for a safety.

On the ensuing kickoff, Chris Ranallo took the return 72 yards for the Wolverines’ second score in 30 seconds.

“That was a sequence of really bad plays that changed the entire game,” Geneva head coach Chip Sorber said.

WG got on the board first with a 33-yard touchdown pass from Danny Stewart to Kaden Ryan early in the first quarter. But Geneva responded with a 4-yard TD run by Fuduric to tie the game at 7.

In the second quarter, the Wolverines retook the lead with a swing pass from Stewart to Angelo Descisco, who broke a couple takes on his way to a 34-yard score. Brady Peet punched it in from the 2-yard line to give the Eagles a 14-13 lead.

The lead was short, however. On the next possession, Stewart found Torry Stazzone wide open down the left sideline to give the Wolverines a 20-14 lead before half.

Fuduric finished 7 for 13 with 58 yards passing and an interception. He ran 16 times for 15 yards.

Stewart finished 9 of 15 for 193 yards passing and three touchdowns. David Fofana led the Wolverines with 58 yards rushing on 10 carries.

The game was already rare before the stopping and starting and quick scores.

The Wolverines (6-2) had hosted the Eagles already this season. Geneva had to reschedule a game in Week 2 due to COVID issues with their opponent.

This time around, the Eagles played better. Geneva was breaking in a young group during the first meeting.

This time, they kept stride for stride with WG until the costly final minutes before the stoppage.

“Really it comes down to the sack, the snap and the return,” Sorber said.