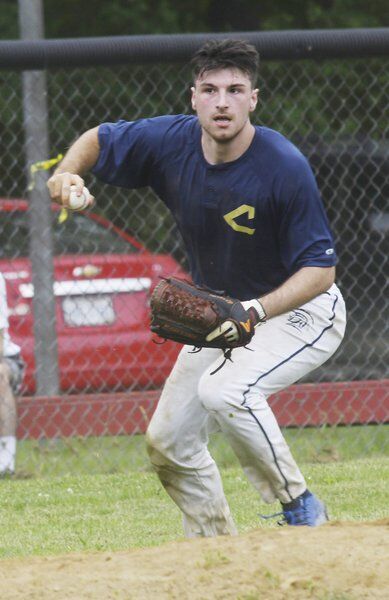 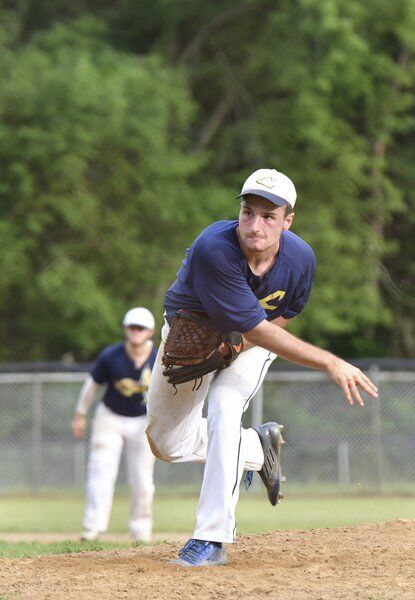 Anthony Burckhartte follows through on a pitch for Conneaut against the Valley Dirtbags in a North East Ohio Baseball League game on Thursday in Conneaut.

Anthony Burckhartte follows through on a pitch for Conneaut against the Valley Dirtbags in a North East Ohio Baseball League game on Thursday in Conneaut.

With Anthony Burckhartte on the hill Thursday night, however, the Spartans were anything but.

A senior this fall, Burckhartte struck out 17 Valley Dirtbag hitters in a 7-1 North East Ohio Baseball League summer league win at Skippon Park. It was finale for both teams.

After missing his last start due to a rainout, Burckhartte had plenty of ammunition loaded in his right arm.

“I hadn’t pitched in a week,” he said. “I was well rested. I came in here 100 percent and I was able to find the strike zone [tonight] and the zone was in my favor, I guess.”

He found the strike zone, but the Valley bats did not find much of what he offered

After the first batter of the game reached on an error and moved to second on a balk, Burckhartte fanned the next two and ended the inning on a comebacker to the mound.

The Dirtbags got to him for a run in the second on a double by Tyler Britton and an RBI single from Blake Alderman.

After that it was all Burckhartte, as he retired 15 of the final 17 hitters he faced on the strength of a blistering fastball and a changeup that was even better.

“I’ve been working on it a lot,” he said of changing pitches. “My curveball, my slider, I switch between those two, can’t always throw the same pitcher, especially against this team. They’re a pretty good hitting team and they hit some of my best pitches. That’s baseball.”

With the summer league now in the books, the next time Lipps has his team together will likely be

The way his pitcher ended the season will certainly give Lipps something to look forward to.

“He’s been really good this summer,” Lipps said. “He’s played a lot of innings his freshman and sophomore year, but I would have never guessed he would be that dominant [tonight]. He keeps guys off base. He does a good job of holding runners. He does exactly what you want your pitcher to do.”

As for the offense, the Spartans received all the runs their pitcher would need in the first inning.

Zack Rice led off with a single, stole a base and scored on an RBI single from Jake Slayton. Burckhartte then helped his cause with a base hit, and came around to score on an error to give Conneaut a 2-0 lead.

The Dirtbags scored their run in the second, but could not solve Burckhartte the rest of the way.

“He kept us off balance and we were trying to hit off our front foot and just couldn’t put anything together,” Valley coach Matt Brumit said. “He struck guys out when he needed to. We weren’t even making productive outs.”

The Dirtbags pitching kept it a 2-1 game until the fourth inning when Slayton came up with a clutch two-out single over the shortstop’s head to score Alex Kennedy, making it 3-1.

Conneaut then added four more in the fifth before the game reached its two-hour limit.

The Spartans finished their summer at 7-6-3, while The Dirtbags closed at 4-14.

For Lipps and Brumit, who spent the spring wishing they could have been coaching their respective high schools teams, Conneaut and Grand Valley, the summer league provided a positive experience for their kids.

“We wanted to find team chemistry and the kids really enjoyed being together,” Lipps said of his group. “If somebody gets a base hit, they love it. There’s not a lot of jealousy on the team, and so I’m hoping that bodes well. We’ll get together again in December and we’ll see what we got and hopefully this pandemic and all that starts to go away.”

we started at Jefferson. It was a weird feeling, but it was good to be back on the ball field. There was 15 Pymatuning Valley guys and four of my guys. They meshed well and had a lot of fun.”