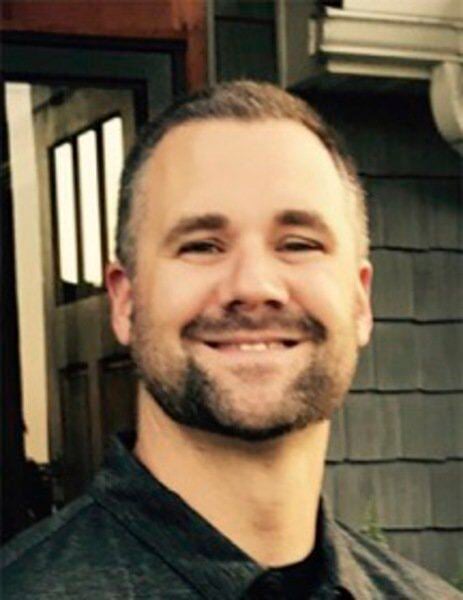 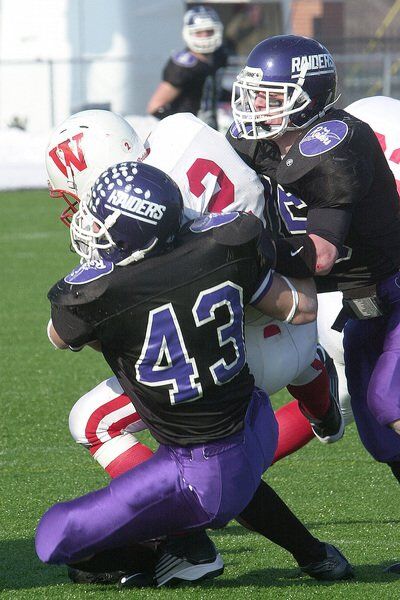 Mark Brace (43) is shown during his playing days at Mount Union University. Brace, a Geneva graduate, died last weekend at the age 40 due to colorectal cancer, but his legacy will live on.

Mark Brace (43) is shown during his playing days at Mount Union University. Brace, a Geneva graduate, died last weekend at the age 40 due to colorectal cancer, but his legacy will live on.

Mark Brace brought people together, whether it was on the football field, through his inspirational talks about his battle with Stage 4 Colorectal Cancer or just sitting on his porch talking to friends and family.

Brace passed away on Feb. 14 at age 40 following his year and a half fight.

He used his diagnosis, calling it the gift of cancer, to help spread positivity and to always be present in every moment.

“The gift of cancer for him was really that ability to convey this message— take a few more moments to be present,” said Mark Winchell, a friend and former Geneva teammate. “Find your purpose and really do it to the best of your ability. He was in my wedding. I was in his wedding.

“We were as close as two friends could be, and I became closer to him through this last 18 months. He said, ‘Mark that’s part of the gift of cancer.’ … The gift of cancer is what we all received. It’s that larger, deeper connection to Mark.”

Brace continued coaching girls youth basketball at the Geneva Recreational Center after his diagnosis. He rushed to practice following chemotherapy sessions, sometimes while wearing a 48-hour chemotherapy pump. He would jog up and down the court giving his players high fives and words of encouragement.

“Nothing could slow him down,” Winchell said. “Not even 40 rounds of chemo could slow that guy down.”

Prior to the 2016 and 2017 seasons, Brace was invited to speak to the football players at Geneva, where he played from 1995-1998. He inspired them to strive for success on the field with motivational speeches, as they huddled around him. He also spoke at a few churches in the Geneva area.

“His impact, I wouldn’t say it’s immeasurable, but it’s nearly immeasurable,” Winchell said. “From that 6-year-old girl, that’s learning how to dribble and play basketball for the first time all the way up through an 80-year old lady sitting there in congregation hearing this Stage 4 cancer kid talk about the love or relationship with a higher power. He created his own gravity, and he pulled us all in.”

Brace also left an impact on his college alumni mater, Mount Union, where he served as a guiding force on three championship teams in the late 1990s and early 2000s. He brought together the linebacker core through leading by example and holding himself and others accountable.

“Others may have gained more notoriety or won more awards, but no matter how good they were, they remember him for being unifying and spirit-building and the qualities he brought to our team,” former Mount Union head coach Larry Kehres said. “Coaches talk about players that have the ability to solidify a group to really help them to be one as a unit, that’s the thing I think is the outstanding characteristic of Mark Brace.”

Prior to the beginning of Brace’s senior season, he went to Japan on a study abroad trip. He told Don Montgomery, Mount Union’s defensive coordinator at the time, he would find a gym and come back in even better shape. After returning to Mount Union, Brace made the 1,000-pound lifting club in 15 minutes. He recorded a career-high 40 tackles in his final season.

Brace’s hard work, flexibility to play wherever he was needed approachable nature endeared him to his coaches and teammates.

“Even though he wasn’t an all the time starter, he held people accountable on and off the field,” Montgomery said. “One of the biggest differences in our program that I saw was our kids self-policed. Mark was one of those unifying factors.”

Over the past 18 months, Montgomery visited Brace at his Geneva home on several occasions. The two would sit on Brace’s front porch and talk about his family, faith and the diagnosis.

“I never heard him say one negative thing,” Montgomery said. “He was always very, very positive and faithful. He knew what was coming, and he wasn’t afraid of it. He was always very thankful for any visits he received from his teammates or his coaches.”

Brace’s ability to reach and inspire people are a part of his legacy that will continue to affect people following his passing.

“If people live 100 years and they pass away and they didn’t get it … in 40 years Mark got it,” Winchell said. “He knew how to impact people. It was just a really, really amazing gift and a skill that he had. He touched and inspired more people in the last 18 months than most folks will do in a lifetime. He was truly special.”