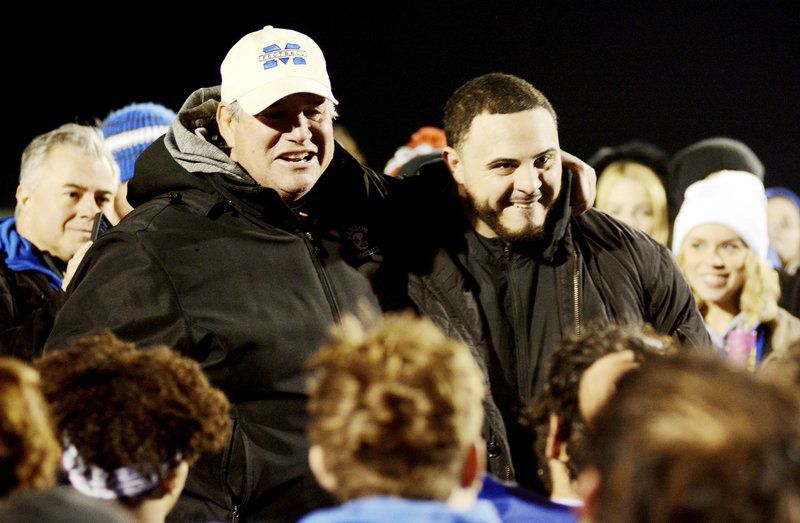 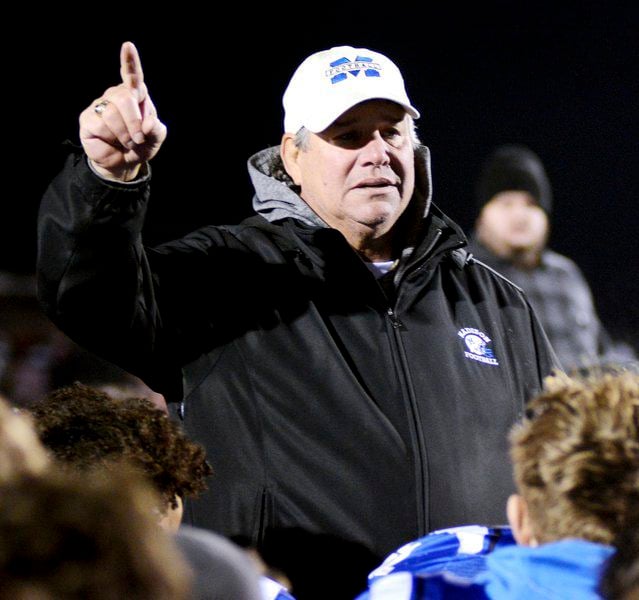 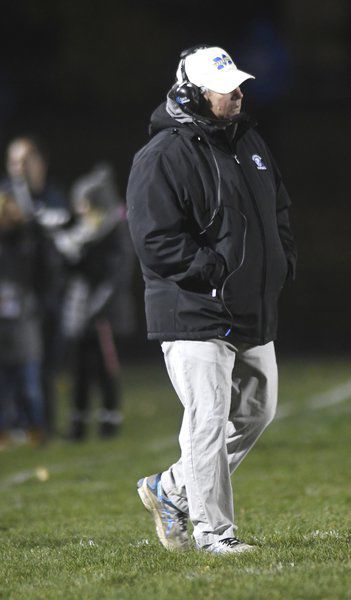 Madison head football coach Tim Willis walks onto the field during his final game as head coach on Friday night after a home game victory over Brush. 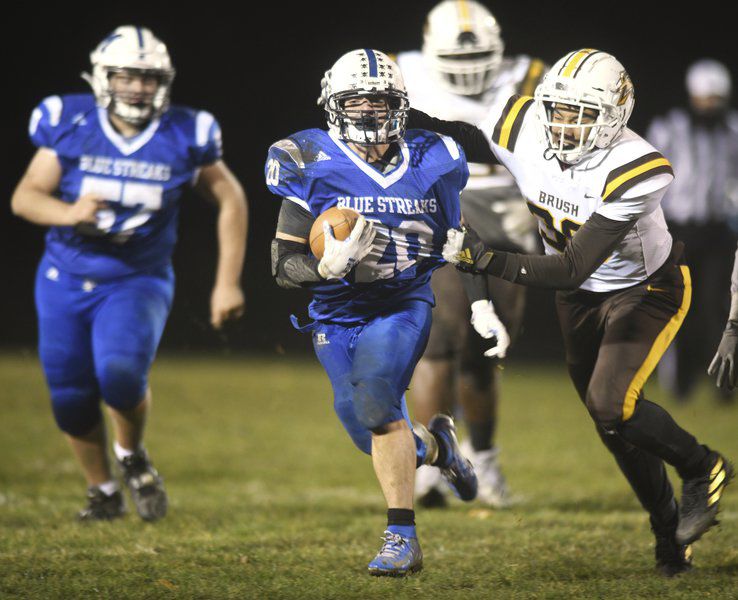 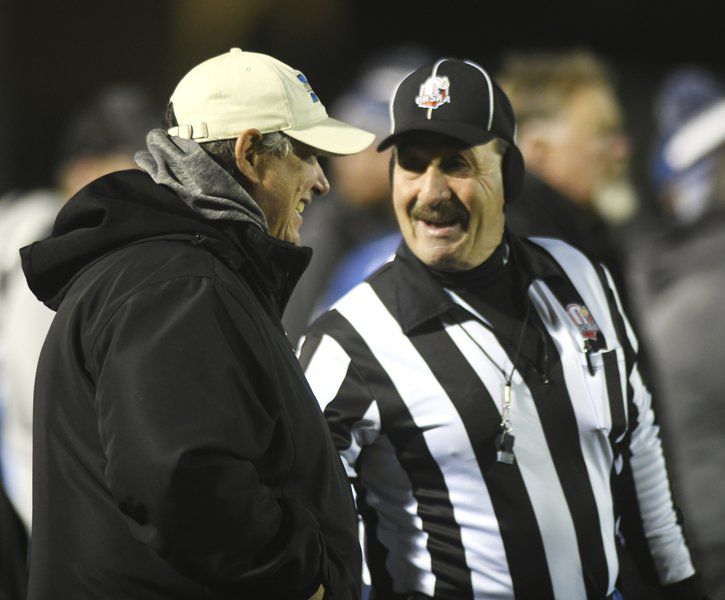 Madison head football coach Tim Willis is congratulated by a referee on his final night as head coach on Friday night after a home game victory over Brush. 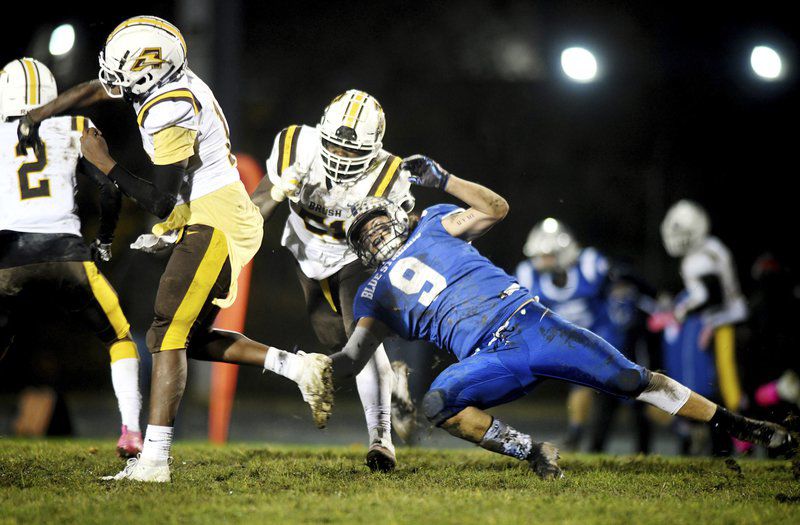 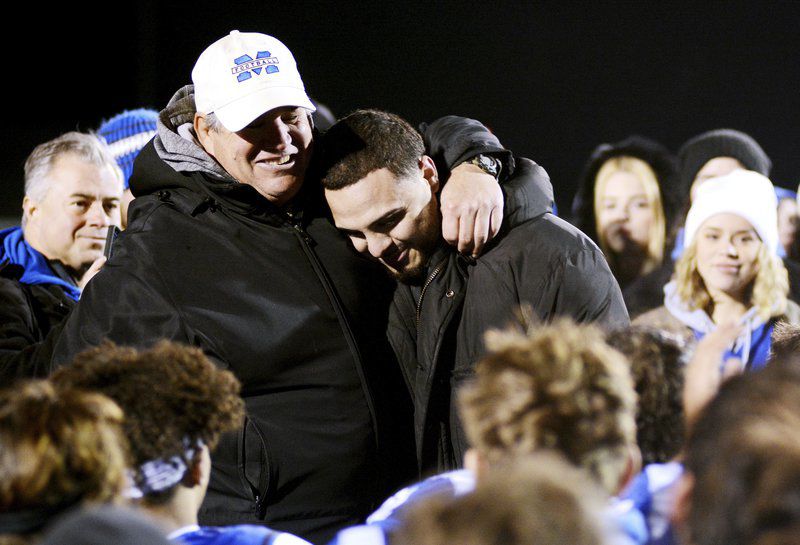 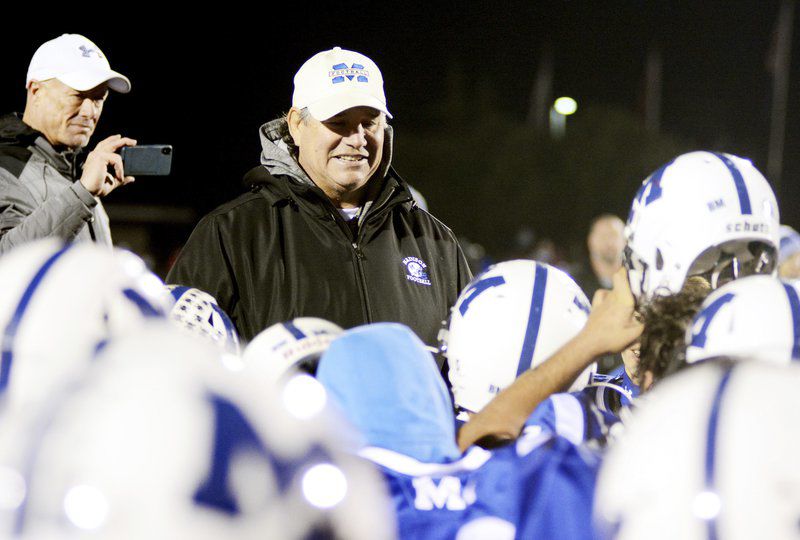 Madison head football coach Tim Willis walks onto the field during his final game as head coach on Friday night after a home game victory over Brush.

Madison head football coach Tim Willis is congratulated by a referee on his final night as head coach on Friday night after a home game victory over Brush.

Neither could the Brush Arcs.

In Coach Tim Willis’ final game leading the Madison football program, the Blue Streaks sent their coach out with a 50-12 thrashing over Brush in a Western Reserve Conference matchup that had more than 50 of Willis’ former players in attendance joining in the festivities.

Willis, who coached at the school for 30 years, including the last 20 as the head coach, gave his farewell to his team near the south end zone following the game, surrounded by his coaches, family and former players.

The 22 current Madison seniors presented him with a gift and showered him with confetti as Willis was choked up throughout.

“We love you Willis,” shouted 2012 graduate Billy Skerkevich, bringing a smile to his former coach as he echoed the sentiments from the many Madison faithful surrounding him.

“Our senior group is a great group of kids,” said Willis, who finished with a 128-83 career record, including seven playoff appearances. “A lot of alumni are here to send me off on my way. That means a lot to me. Just to go out as a winner means a lot.”

The current Blue Streaks (4-6) played their most complete game of the season, showcasing the type of “212 effort” against the Arcs that Willis has instilled in his program over the years.

Learning heavily on its running game, Madison jumped out early in the game and never let the visitors come close to spoiling the evening.

The Blue Streaks scored on the opening drive, marching 69 yards in 11 plays, including 10 on the ground. Junior Brad McKeon finished the drive with a 9-yard run.

Madison then recovered a squib kick on the ensuing kickoff and scored two plays later on a 1-yard run by Austin McCourt to take a 14-0 lead just 6½ minutes into the game.

The touchdown by McCourt was the first of three for the junior tailback, who led Madison with 224 yards on 24 carries.

The first one was a 37-yard run midway through the quarter and the last one of 4 yards was with 27 seconds remaining, giving the Blue Streaks a 36-6 going.

The second half was played with a continuous clock.

“I think we got out on the right track early and the kids wanted to play tonight,” Willis said.

The Blue Streaks had a season-low two penalties and did not turn the ball over.

Willis used the “212” mantra throughout his head coaching career and it has been a rallying point for his program and throughout the community. Building in his program that same one degree of effort that it is the difference in water boiling, the veteran coach wanted his players to give that extra degree of effort it takes to win not only on the football field, but in life.

As a final farewell, Madison called a timeout after a 19-yard gain by McCourt with 2:12 remaining, leading to a standing ovation from the crowd.

“Special people do special things,” Willis said of that moment he was unaware would happen.

“When you care about something like I care about this, that means a lot. It has been 30 years of great times for me, and I’ve loved every minute of it. I bleed blue now and I always will.”