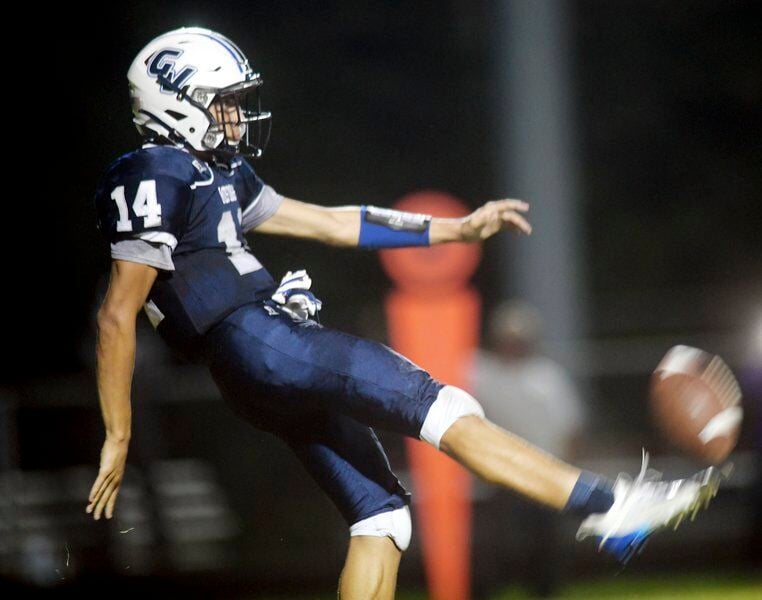 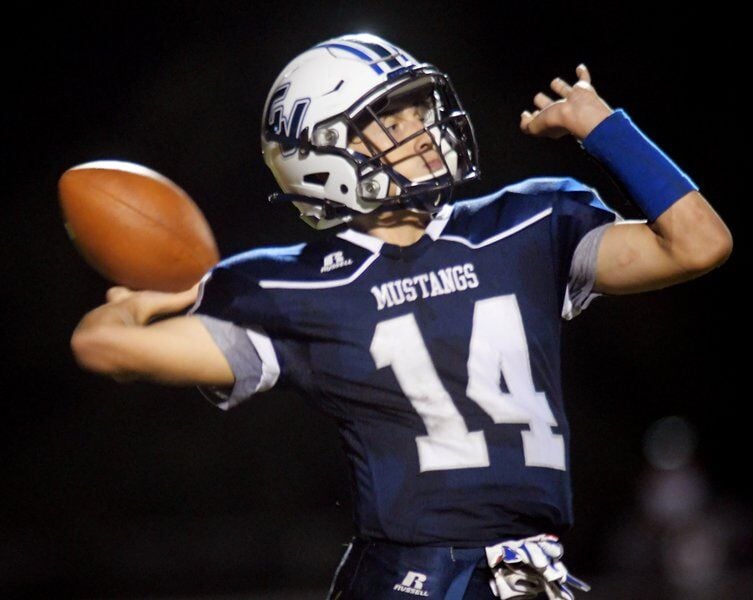 Grand Valley's Nathan Boiarski prepares to throw a pass on a trick play on Friday evening during a home game with Berkshire. 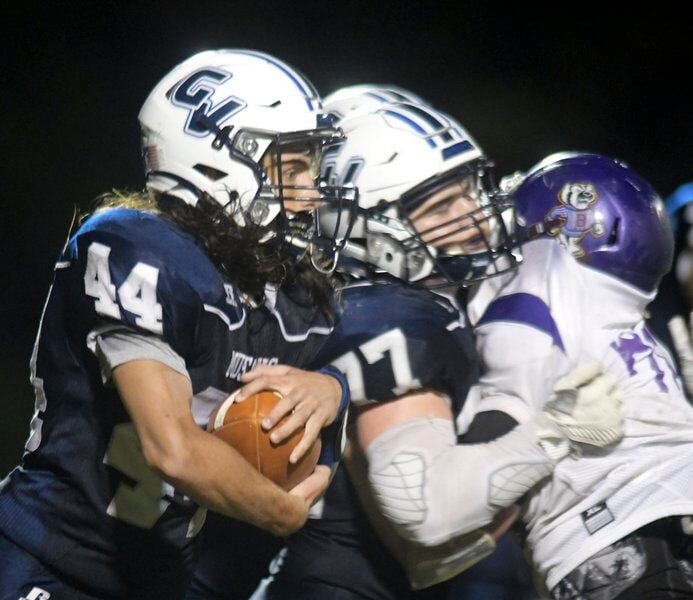 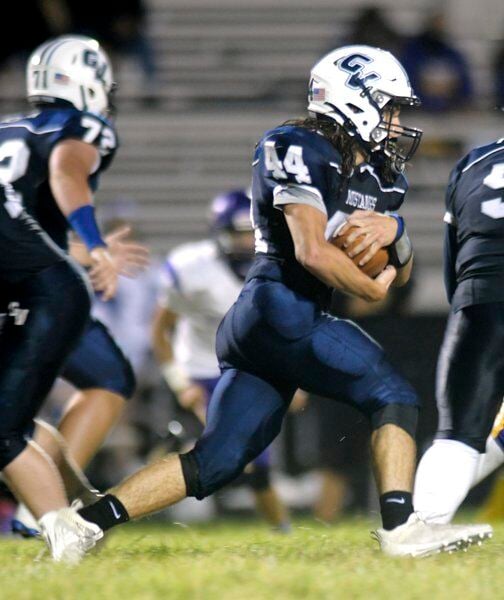 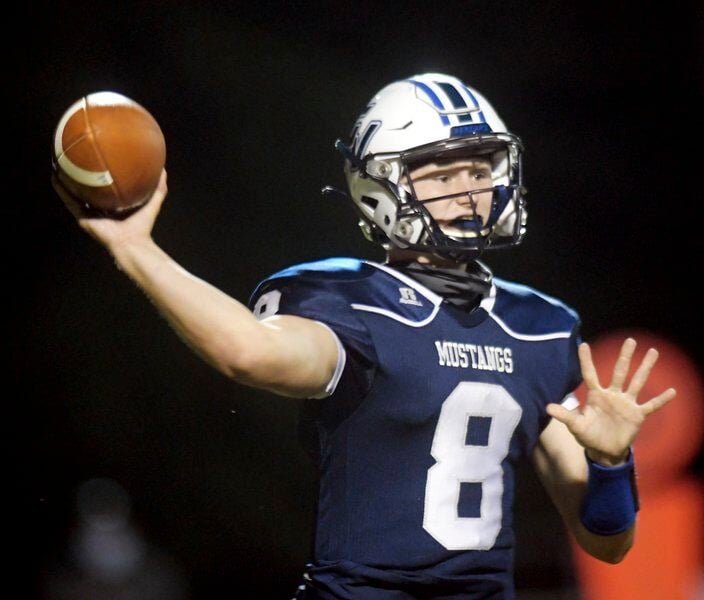 Grand Valley's Zach Hall throws a pass on Friday evening during a home game with Berkshire.

Grand Valley's Nathan Boiarski prepares to throw a pass on a trick play on Friday evening during a home game with Berkshire.

Grand Valley's Zach Hall throws a pass on Friday evening during a home game with Berkshire.

ORWELL — For Grand Valley, Week 2 was a case of some little things going right, and some big things going very wrong.

It started on the Mustangs’ opening drive when they took the ball deep into Berkshire territory, only to have quarterback Zach Hall drop a pass into the hands of the Badgers’ Josh Brown, who took it the other way 90 yards for a  touchdown.

The play would kind of typify the night as GV fell to Berkshire 34-6 in Chagrin Valley Conference action.

“We did some good things especially in that first drive,” Coach Clint Nims said. “But as soon as things go bad, we seem to hang our heads and that’s not a formula for success.”

It wasn’t, nor was the Mustang’s inability to slow down the Badgers’ offense.

Berkshire got its running attack going early, as Evan McDermott went to work picking up 24 yards on three carries to lead the GV 20-yard line. Quarterback Jacob Brown then hit Chris Groudle on a 20-yard strike to make it 14-0.

It was 21-0 by the half. In spite of the deficit, Nims said he believed his team had the capability to come back.

“I know we have guys that can battle back and are capable of making plays,” he said. “We have two guys out there that are willing to do whatever it takes for the team, but we have to stop making mistakes. Don’t take anything from Berkshire, though, they have a good team and they have a good coach over there.”

GV (0-2) had its best drive of the first half in the second quarter, starting backed up against its own end zone and moving the ball out close to midfield before a Berkshire sack on third down forced a punt.

The Mustangs came back again late in the half getting a big pass completion to Ashton Zupanic and some help from a facemask penalty to get to the Badgers’ 23. But Hall’s pass for the end zone was picked off as the half ended.

The Badgers scored again to open the second half. Jacob Brown connected with John Michaski on a 45-yard pass play setting up Brown for a 1-yard plunge.

On the ensuing possesion, GV’s offense again was able to put some things together before Hall was nailed in the backfield and fumbled the ball away.

The turnover led to Josh Brown finding Jacob Brown on a 15-yard connection for another score.

The Mustangs got on the board late in the game on an 11-yard pass from Hall to Hunter Perry. Zupanic had a 38-yard reception on the drive.

GV will turn its attention to next week and a road game at Edgewood.

“We just need somebody to step up and make plays,” Nims said.