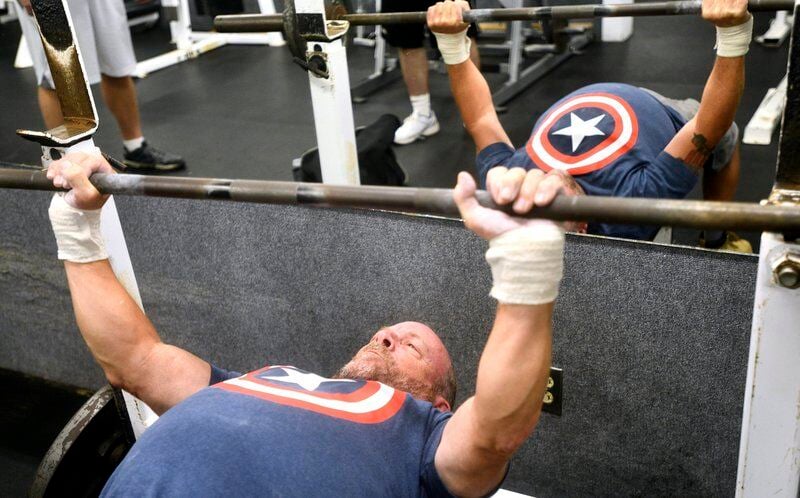 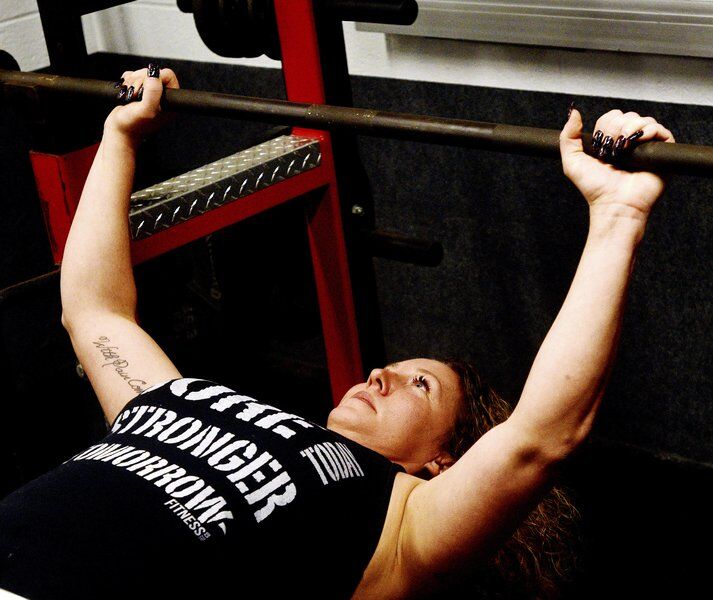 Molly Strailey of Ashtabula warms up for the 33rd Annual Ironman’s Bench Press Championships at the Ashtabula County YMCA on Saturday. 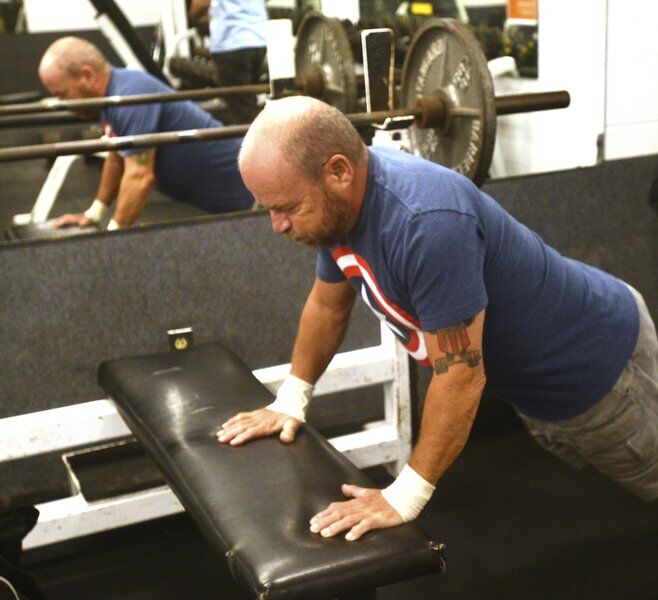 Bob Dye of Doyelstown warms up for the 33rd Annual Ironman's Bench Press Championships at the Ashtabula County YMCA on Saturday.

Molly Strailey of Ashtabula warms up for the 33rd Annual Ironman’s Bench Press Championships at the Ashtabula County YMCA on Saturday.

Bob Dye of Doyelstown warms up for the 33rd Annual Ironman's Bench Press Championships at the Ashtabula County YMCA on Saturday.

ASHTABULA — Friendship and competition keep weightlifters coming back for more at the Annual Ironmen’s Bench Press Championships, which were held Saturday at the Ashtabula County YMCA.

More than a dozen weightlifters attended the 33rd edition of the event with competition in a wide range of categories based on gender and age ranges.

Lonnie Anderson has been organizing the event for competition’s 33-year history and has also made friends throughout the state who like to come to Ashtabula to compete.

Anderson has competed in the event, as well as organizing it, and the call to lift was too strong to ignore this year as he came back to give it a shot after thinking last year would be the end of his career.

He has some physical ailments that need to be addressed but he wanted to lift one more time. “I went to the gym last Sunday and I got 300,” Anderson said.

The competition was broken into two flights with weightlifters also helping in the administration of the event.

Anderson said competitors get three lifts at each weight. He said Youth Opportunities workers helped spot the competitors and load the bars.

“I appreciate what they do,” he said.

While the number of competitors was down this year the level of mutual respect between weightlifters was not.

“I’ve never been to a meet where I felt more like family,” said John Kelly, of Wadsworth, who has been coming to Ashtabula for the event since 1989. “This year we brought five (competitors).”

He said several lifters were injured or ill and could not come to the event.

Kelly was assisting in the operation of the meet as well. Weight lifters went to the weight room in the basement of the YMCA to warm up before their flight.

Some did push ups, some just used the bar to get their juices flowing while others added weight to the bar while preparing to push their bodies to the limits.

Bob Dye made his way from Doylestown with a few fellow lifters in the Head Hunter Bar Bell Club.

Ashtabula’s Molly Strailen said she enjoys the competition and the sport is a good way to relieve stress.