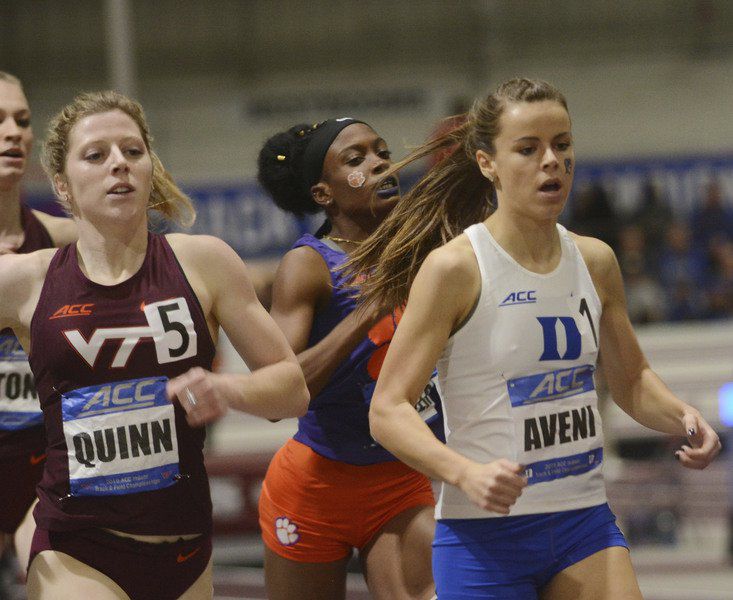 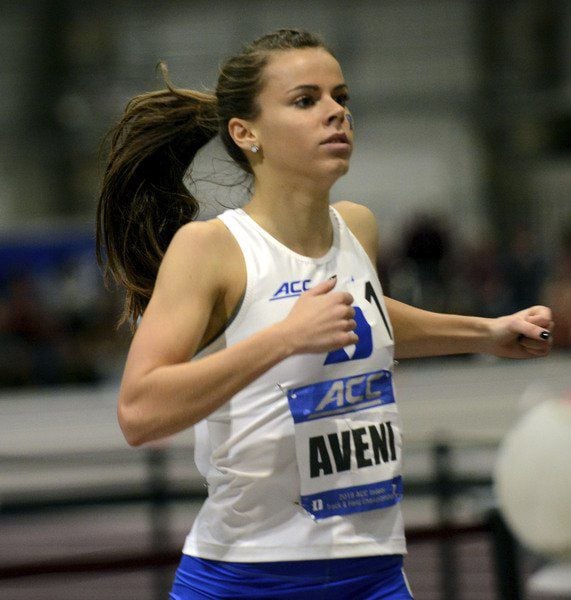 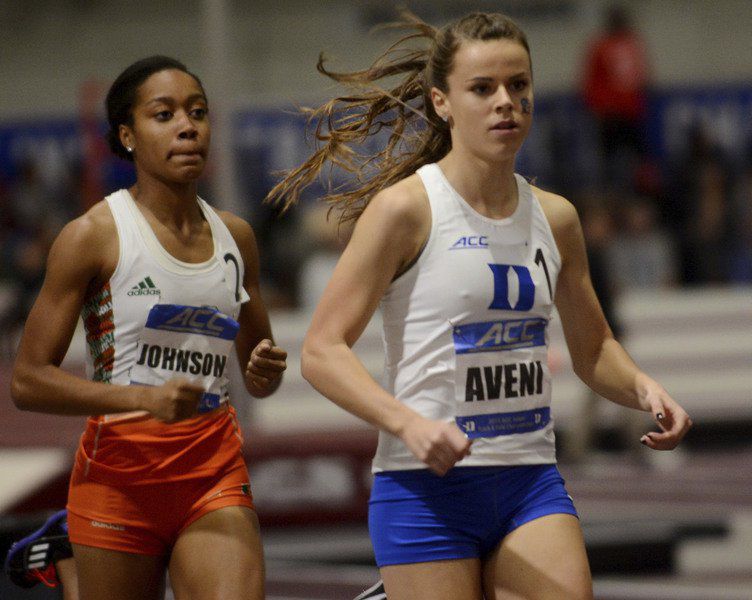 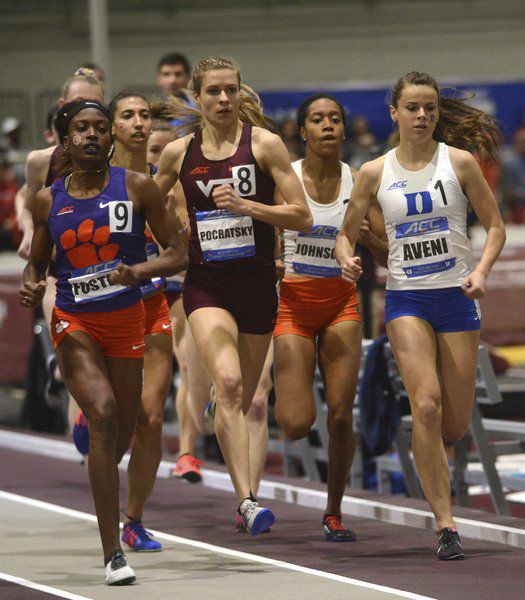 BLACKSBURG, Va. — Duke University junior Brittany Aveni set a blistering early pass and hung on for a seventh-place finish in the 800m run on Saturday afternoon in the Atlantic Coast Conference Indoor Track and field Championships at Virginia Tech University.

Aveni, a Geneva graduate starting in the first lane, broke from the start and by the 100-meter mark was in front of the other eight competitors, but started to drop back after the first 400.

Aveni had hoped to get down to 2:04 or 2:05 to have a chance to qualify for the Division I NCAA Indoor Track and Field Championships March 8 and 9 in Birmingham, Ala., but wasn’t able to maintain the pace and finished in a time of 2:09.53, which was slightly better than Friday’s qualifying.

“I went after it and am not upset with the outcome,” she said. “I gave it my all and it wasn’t the time I wanted, but was mentally focused and determined to run hard from the start.”

Two hometown competitors from Virginia Tech then broke to the front and the sprint was on to the finish. Senior Rachel Pocratsky took first place in a time of 2:03:43, while teammate Shannon Quinn was third at 2:06.58.

Aveni also competed in the 4x400m relay at Virginia Tech.

She teamed with India Lowe, Lauren Hoffman and MacKenzie Kerr to finish third in the 4x400m relay with a time of 3:38.38, which will likely not meet the NCAA qualifying standard.

Aveni said the squad came into the ACC meet with a best time of 3:38 and hoped to cut a lot of time off in hopes of qualifying for the NCAA indoor meet in March.

Early March will include some brisk workouts and recovery as the squad re-groups for outdoor season. They open with the Texas Relays at the end of March. The Penn Relays, which is one of the most prestigious track meets in the country, will take place the end of April.

Aveni said her experience at the 2018 NCAA indoor and outdoor national championship meets was helpful in setting the table for a quality season this year.

The Blue Devils qualified for both meets in the 4x400m, narrowly misses the finals at the outdoor meet in Eugene, Oregon, and replace a senior with Hoffman, a freshman, for the 2019 campaign.