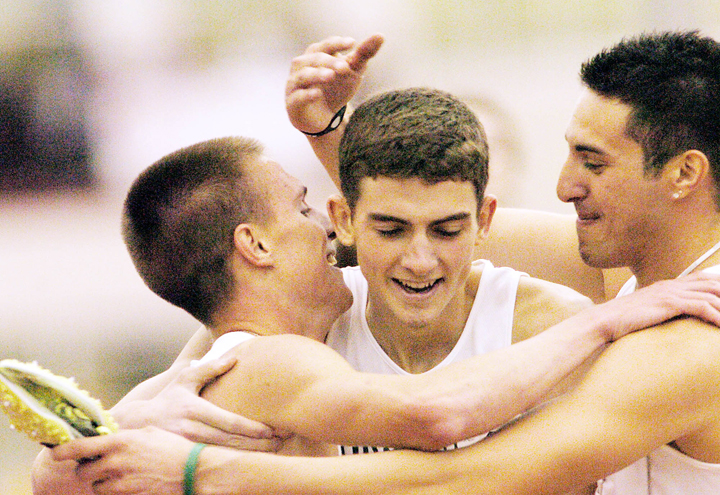 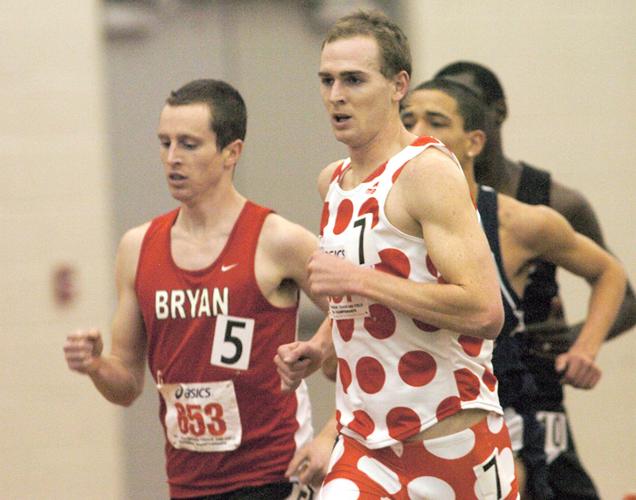 Athletes from 112 colleges and universities from the United States and Canada gathered Friday for the second day of competition at the National Association of Intercollegiate Athletics Indoor Track and Field Championships.

Smalley said each indoor track meet held at the facility this winter has it’s own unique challenges. He said the three-day national championship meet has run very smoothly and it was fun to see the camaraderie amongst the athletes.

Area fans were treated to several unique events, including the men’s and women’s 3,000-meter race walk and the weight throw.

After the second day of competition, and six events scored, the Sioux Falls women led the meet with 18 points, while Cornerstone was in second with 16 points.

On the men’s side, Hastings is leading the competition with 32 points, followed by Wayland Baptist and Midland with 10 points each.

Area restaurants, hotels and other establishments are keeping quite busy, Smalley said.

“I wish I had stock in Subway right now because they are getting a lot of business.. I saw three buses there yesterday (Thursday),” he said.

Smalley said this meet is special because a lot of the athletes know each other and there is a special bond.

Keith Whitman, coach of the Ursuline girls track team and graduate of Ashtabula High School, said it is great to be back in Geneva.

“One of my funnest times was the Geneva Night Relays,” he said of his memories of high school track in the area.

Smalley said more than 15 hotels within about 45 miles are booked for the event.

Whitman said the self-contained facility, in a relatively rural area, is ideal for potential large meets.

“The NCAA likes these centrally located facilities,” he said.

The economics make sense as well, Whitman said. He said an NCAA Division II meet he attended several years ago involved $250 hotel rooms and difficult traffic getting to venues in Boston.

Ruth Stein, NAIA championship manager, said she the NAIA is very happy with the meet and its new home.

“We are so impressed with the facility, the people and the community,” she said. “It has been a wonderful first two days.”

Stein said the organizers at GaREAT have made the meet special for the athletes.

“The folks here at GaREAT have made this a true national championship,” she said.

Special meal services and a room for students to relax has made the weekend special, Stein said.

“I just wish it was a little closer to Canton,” he said with a laugh.

Hazen was recently named an assistant coach for the 2012 Olympic team by U.S. Track and Field.

The competition continues today at 10 a.m. with the women’s triple jump and women’s shot put. Championship ceremonies start at noon, with the women’s mile leading off the running races at 12:25.

A unique challenge for track fans will be to tell the difference between the teams from Concordia in Nebraska and Concordia in Oregon. To make matters even more interesting, the teams both wear — you guessed it — blue-and-white uniforms.