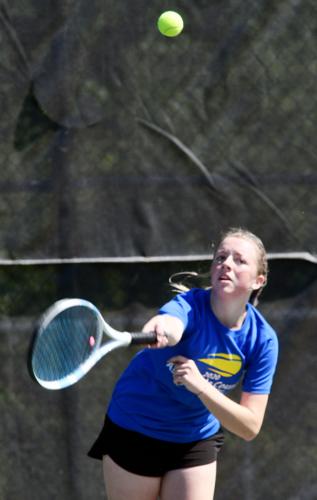 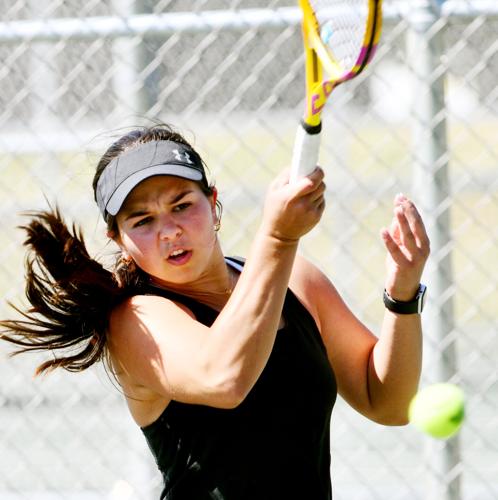 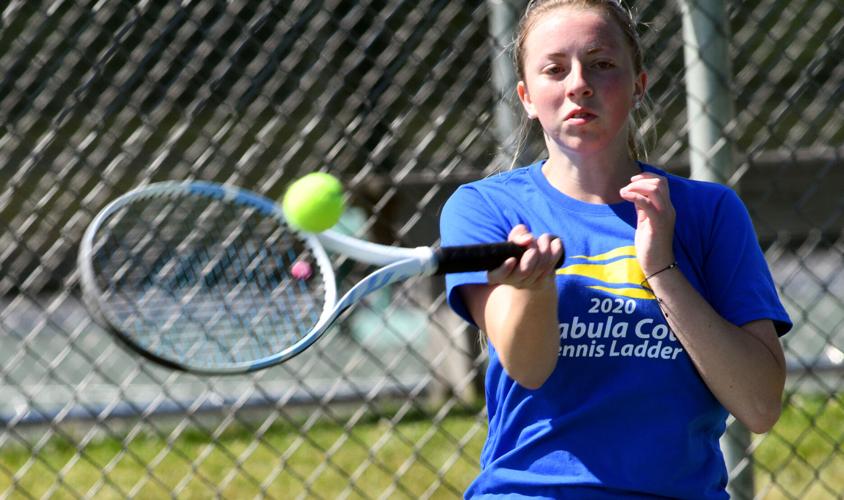 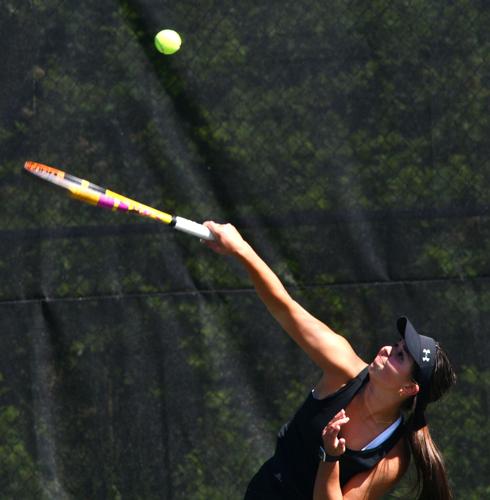 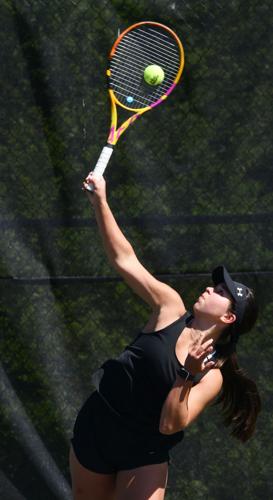 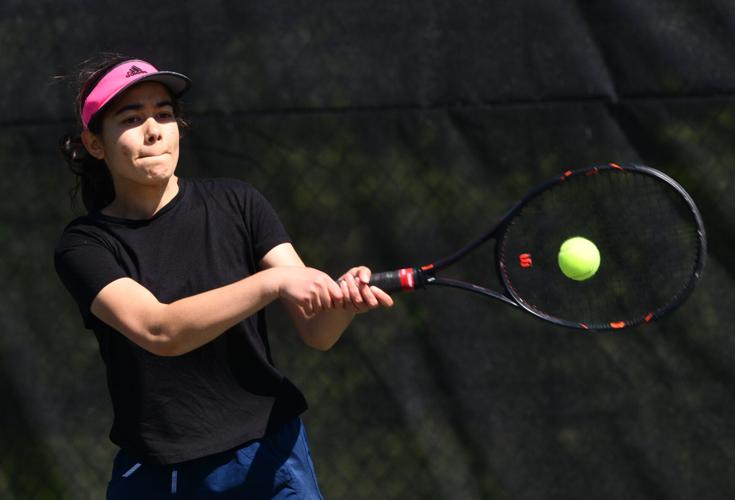 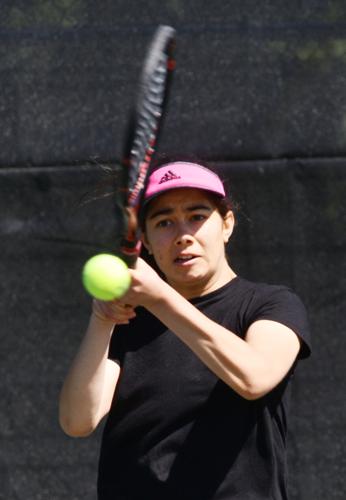 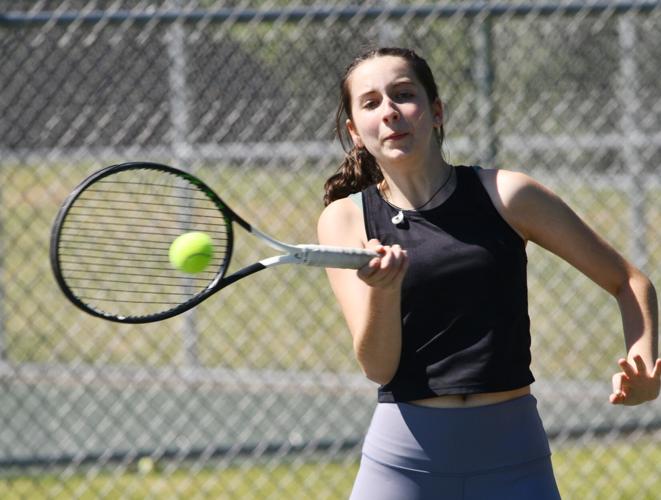 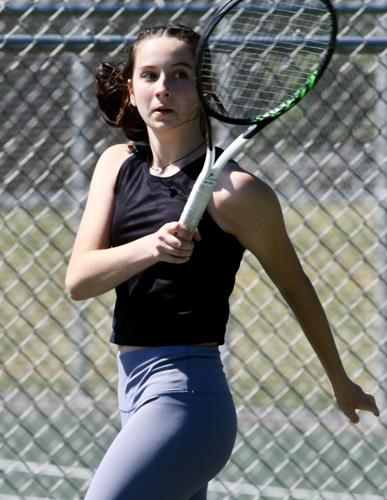 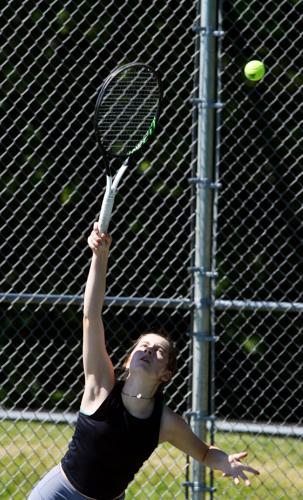 What started out as a way to get kids to play tennis has taken on a life of its own for Todd Nassief.

The St. John boys and girls tennis coach started the Ashtabula County Tennis Ladder 10 years ago, and it has blossomed.

“I think it’s getting busier,” Nassief said. “We have a 48-hour sign-up sheet and usually in the first hour, the sign-ups are closed.”

Players range in age from 11 to 60. Matches are played on Wednesday and Sunday nights and Saturday mornings at St. John School.

There’s a core group, but a variety of players also give the ladder a boost.

“We should have 100 in the ladder by the end of the summer,” Nassief said.

High school players are an integral part of the ladder.

“You get to play different people,” said Addison DiPofi, a Geneva sophomore. “It kind of helps us to analyze things.”

DiPofi became interested in the ladder because of her sister, McKenzie, who also played for the Eagles.

“We both have a passion for tennis,” DiPofi said. “I think it has helped us become better players.”

“My sister, Evelyn, and brother, Gregory, played,” Andersen said. “My Dad [Michael] was a coach. He brought me in the sixth grade.”

Andersen enjoys playing tennis, and the camaraderie it brings.

“I get to meet a lot of new people, and get connected with people from other schools,” she said. “There’s all different age groups.”

“You always play someone different,” said Perry sophomore Audrey Austin. “You get a different mindset of people you might be facing.”

Eddie Manuel, a teaching professional from the Mentor Heisley Racquet and Fitness Club, plays in the ladder.

The ladder extends beyond the area as well.

“We have players from Lake County, Canton, and Youngstown,” Nassief said. “It’s taken off a life of its own.”

Players from outside Ohio also participate in the ladder.

James Delo, from Pennsylvania, is one of those players.

“It’s really nice to play a lot of different people,” she said. “It’s helped me build confidence in my matches, and I learn strategies and techniques.”

Lakeside graduate Ryan McClure, a student-athlete at Mount Union, and Julianne Sheldon, a St. John alum and Ohio Northern player, are among the college participants.

“We’ve had 23 kids go on and play college,” Nassief said.

The ladder season runs until early August. The high school girls season is scheduled to start in mid-to-late August.

With the amount of participants and matches, help is needed, and something Nassief appreciates.