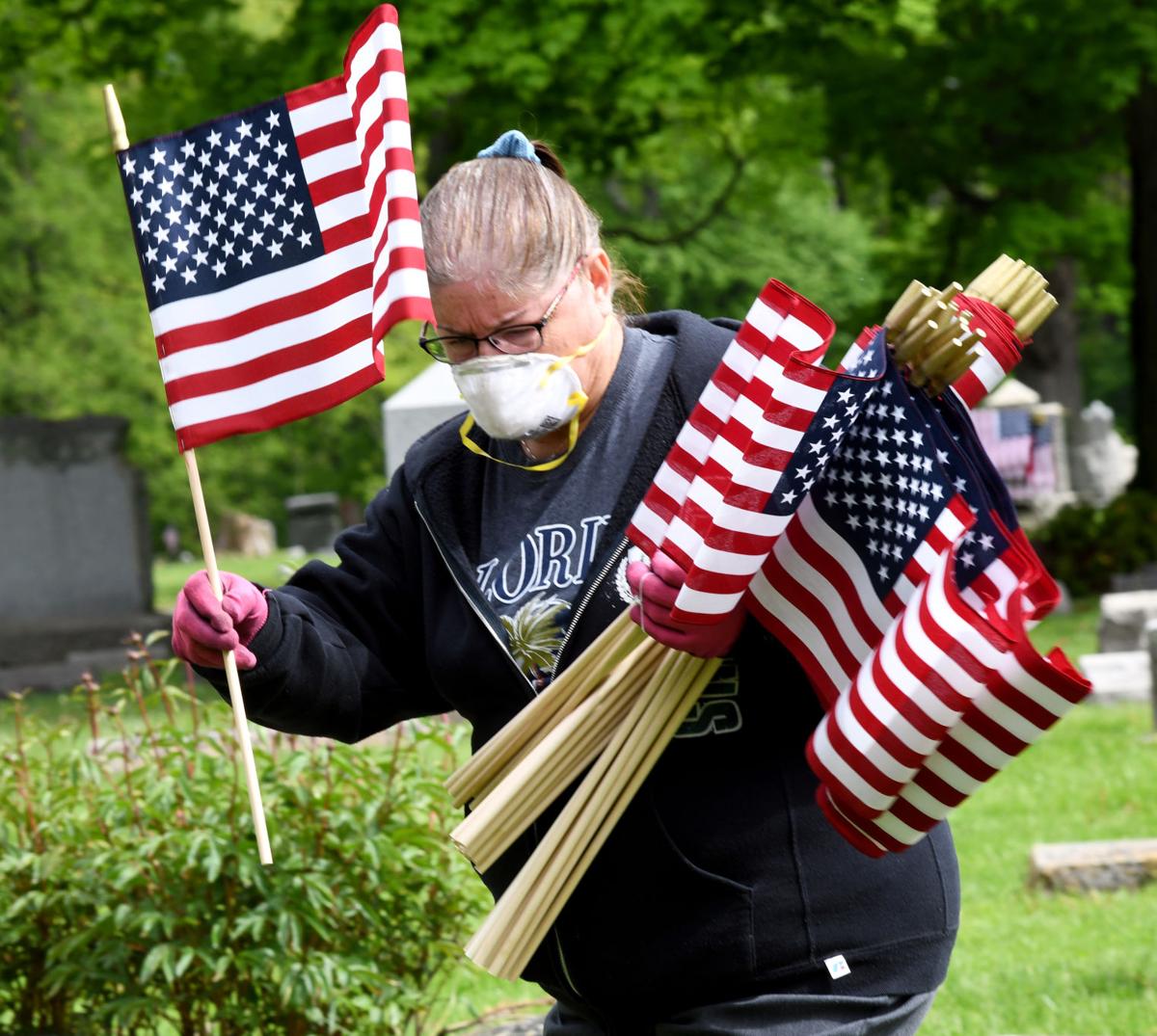 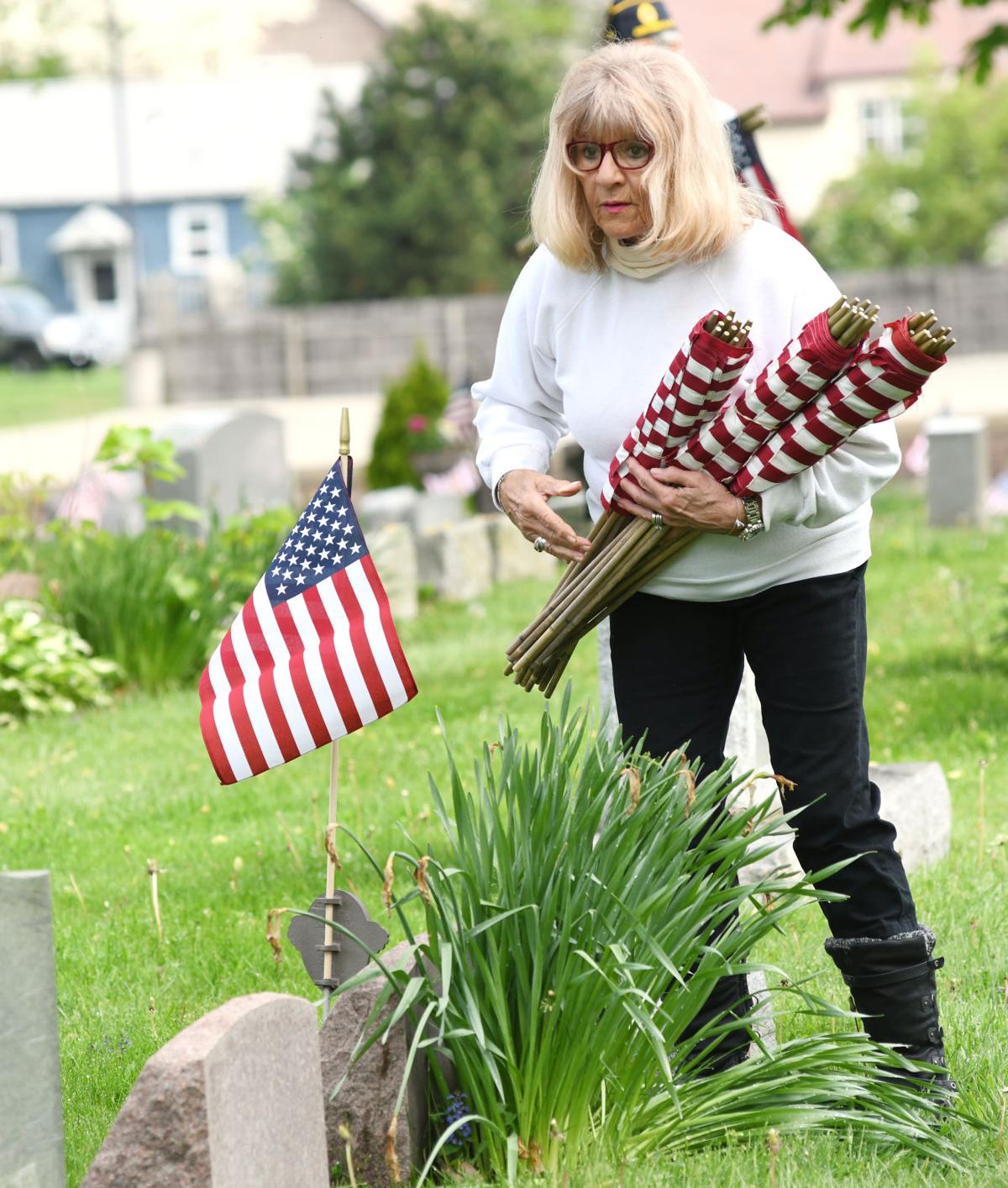 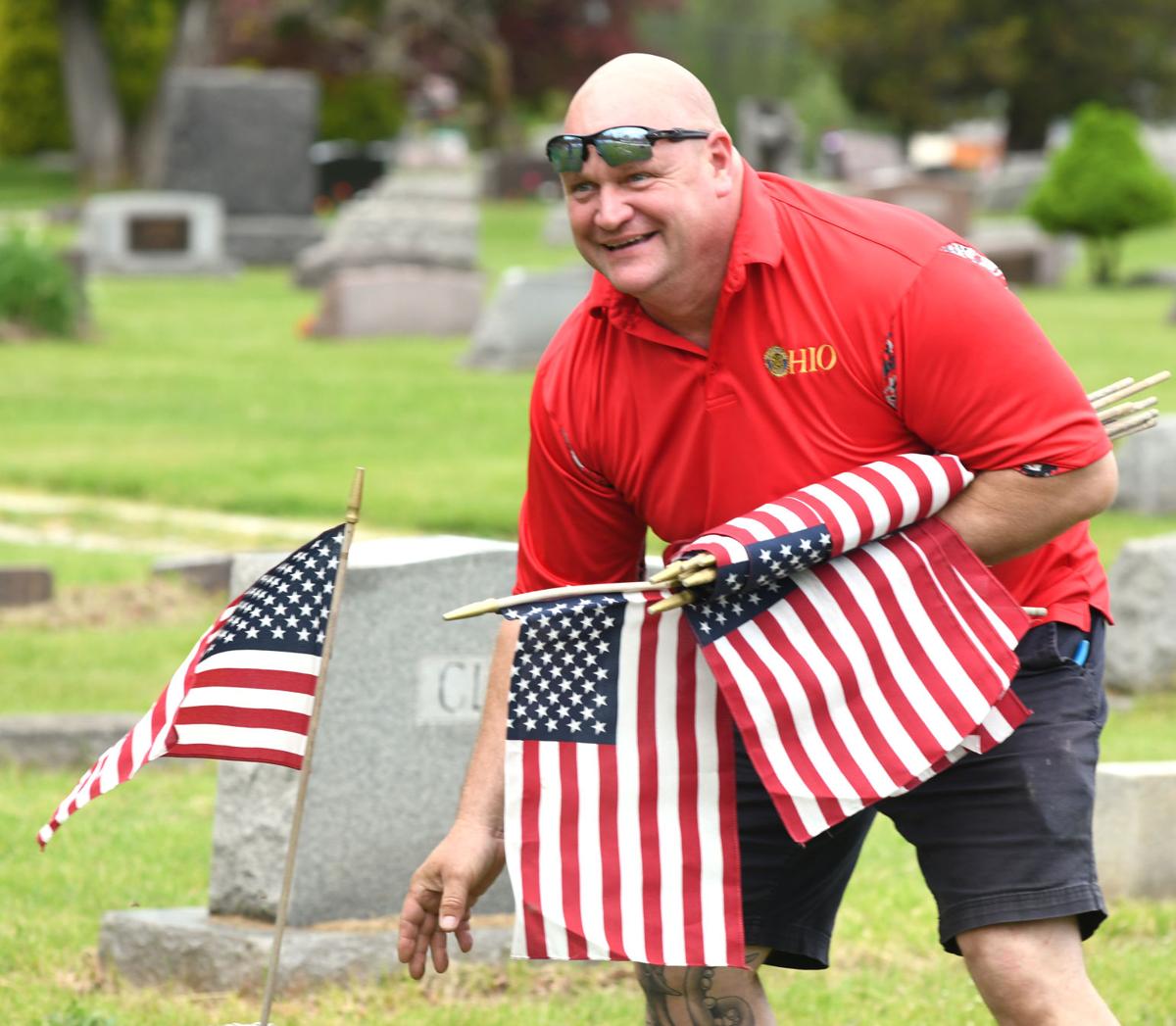 Volunteers spread out quickly on Saturday morning as flags were placed on graves throughout Edgewood Cemetery in Ashtabula Township.

Ashtabula American Legion Post Commander Frank Adley held a short organizational meeting for the more than 40 volunteers who came to the cemetery to place flags on veterans graves.

Adley led the Pledge of Allegiance and chaplain Dave Burch gave a prayer in remembrance of veterans buried in the cemetery.

"Grab some flags and pick an area," Adley said as the volunteers spread throughout the cemetery.

He said volunteers arrived around 9:30 a.m. to organize before the 10 a.m. ceremony.

Marie Schulz of Ashtabula was one of the volunteers placing flags. She said she became involved with the legion's auxiliary unit through her grandfather.

Tim Bowman, a new Conneaut resident, said he served 20 years in the U.S. Marines and the U.S. Navy, including time involved with underwater surveillance teams.

Later in the day some of the same volunteers and a group of Vietnam veterans from the In Country Vietnam Veterans placed about 500 flags on graves at Saybrook Township Cemetery.

The organization has 25-30 members and was formed about 35 years ago, said president Charlie McQueen.

He said the group focuses their efforts on the flag distribution and also gives donations to some area charities. He said he coordinates the placement of about 100 flags at cemeteries in Lenox Township.

In a normal year both flag distribution events would have already occurred but the flags came late this year because of problems related to the pandemic.

"We try to have them in so the families can come out," McQueen said.