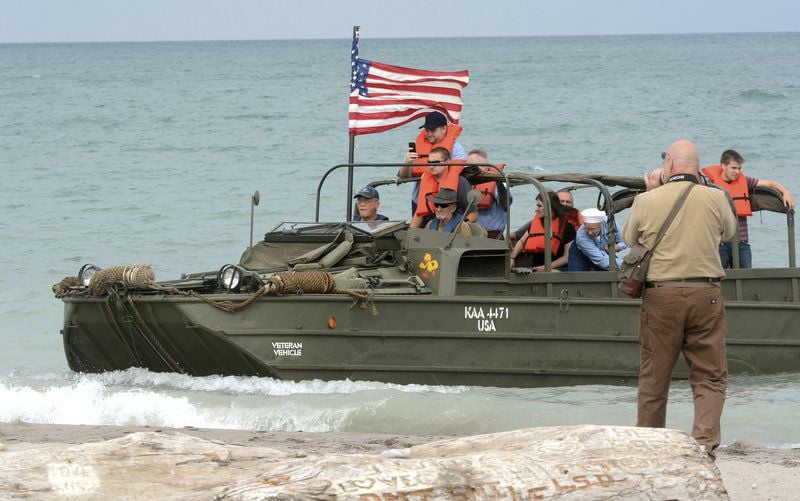 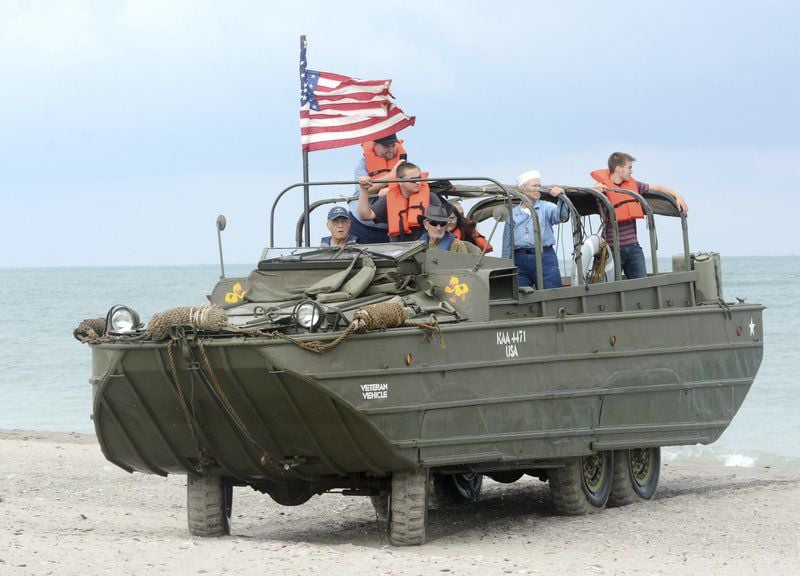 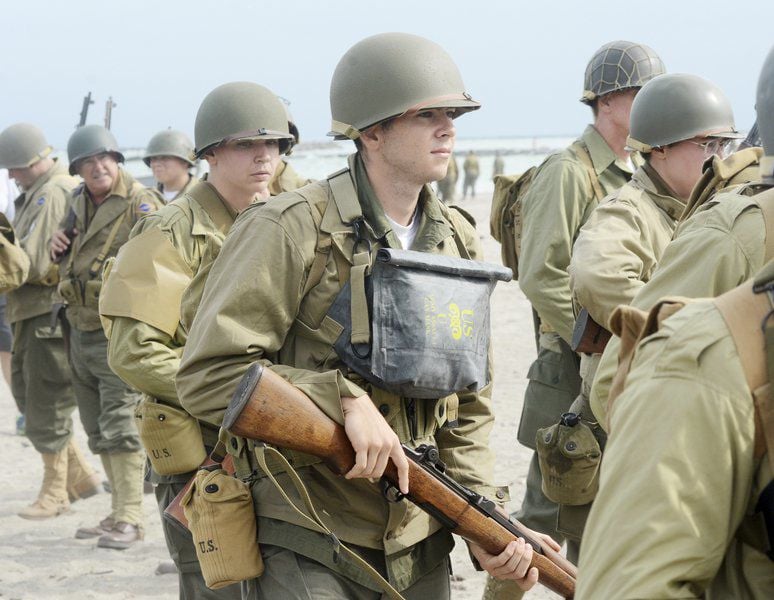 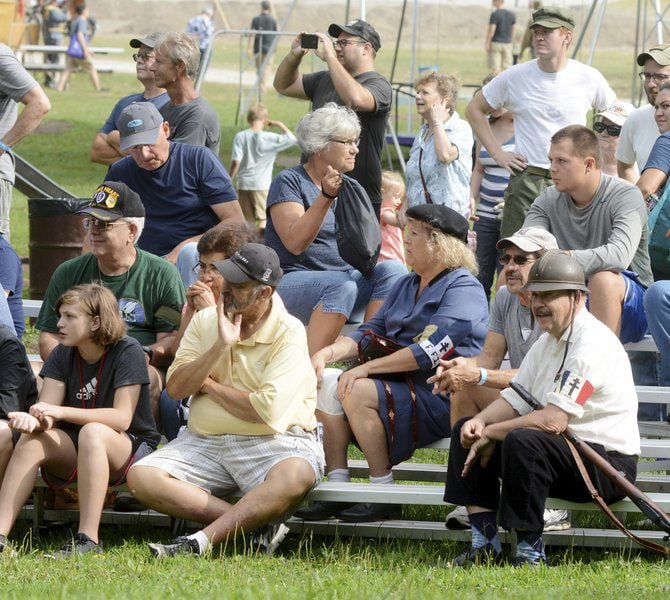 CONNEAUT — For two decades, Township Park has served as a stand-in for the Normandy coast for a host of World War II re-enactments.

Since 1999, living historians have attacked the park's grassy bluff in pursuit of “enemy” determined not to give ground.

At the beginning, the event was small, attracting slightly more than 100 re-enactors and a few dozen spectators. Today, the re-enactment – dubbed D-Day Conneaut – has become the largest WWII tribute event in the country, bringing thousands to town for one weekend in August.

“It's been a journey,” said park commissioner Gary Coxon.

Township Park is managed by three commissioners, but Coxon is the only one on hand for the first re-enactment.

A German television crew creating a program on the famed invasion in the late 1990s felt the park was a suitable stand-in. Re-enactors who participated in the filming remembered the park when they began planning an encampment dedicated to the events of June 6, 1944.

“The first time we didn't know what the term 're-enactor' meant,” he said. “At first we ignored them. We didn't think (an encampment) was in the park's best interests.”

The group persisted, however, and Coxon came to see the advantages. Their numbers were so slight that inconvenience would be minimal, he said.

Coxon eventually persuaded other commissioners to give their blessing – and the rest is (WWII) history.

D-Day Conneaut gained traction under the auspices of D-Day Ohio Inc., which stages the spectacle. The organization's board of directors, aided by a team of volunteers, transformed the event from an affair spanning just a few hours to a program that spans 2 ½ days.

The original September date was dropped in favor of the third weekend in August, a time when most kids are still out of school and people can fit the event into their vacation calendars.

Upwards of 30,000 people attended last year's D-Day Conneaut and more are anticipated this month for the special anniversary edition.

The park has seen some physical changes resulting from the event, including a permanent public address system and a small gravel parking lot near the grove where German re-enactors pitch their tents.

D-Day Ohio reimburses the park for expenses it incurs over the weekend, so the event is not a big budget-buster, Coxon said. “Taxpayers aren't subsidizing it,” he said.

Park officials and D-Day Conneaut staffers have a good relationship, Coxon said. “Things have really worked out well for them and us,” he said.

In the fall, voters will be asked to approve a Township Park levy that could bring a new concession stand/restroom/changing area to the beach. If the levy succeeds and the work goes forward, construction should not interfere with any future D-Day events, Coxon said.

The growth of the re-enactment over 20 years has been amazing, Coxon said. What began as a compact event has turned into an attraction that pumps plenty of money into the local economy.

D-Day Conneaut has a number of different ways of honoring veterans of World War 2 in general, and D-Day veterans specifically.

ORWELL [ndash] Russell Claar, 53, passed away at Eagle Point Nursing Center under the care of Hospice of the Western Reserve following a long illness. The Czup Funeral Home, 1329 Lake Avenue, Ashtabula is handling the arrangements.

ASHTABULA - Traci Lee Parks, 50, passed away September 19, 2020 at her home in Ashtabula. The family is honoring her wishes and no public services will be held. Czup Funeral Home is handling arrangements for the family.