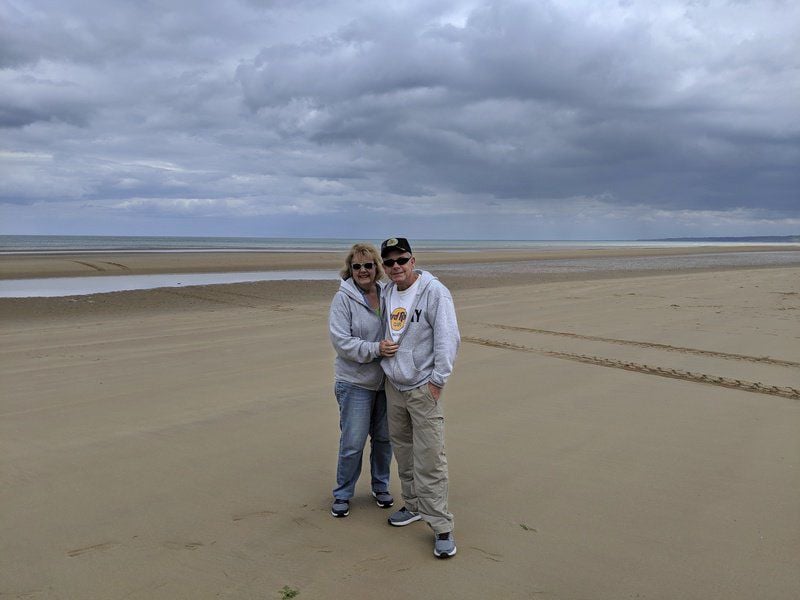 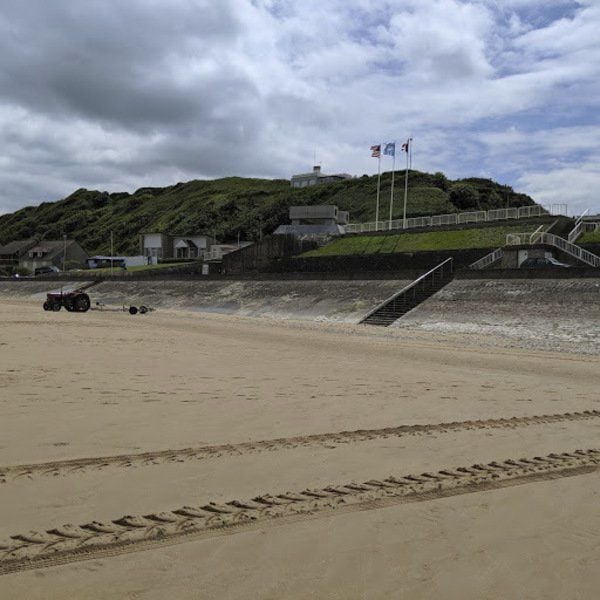 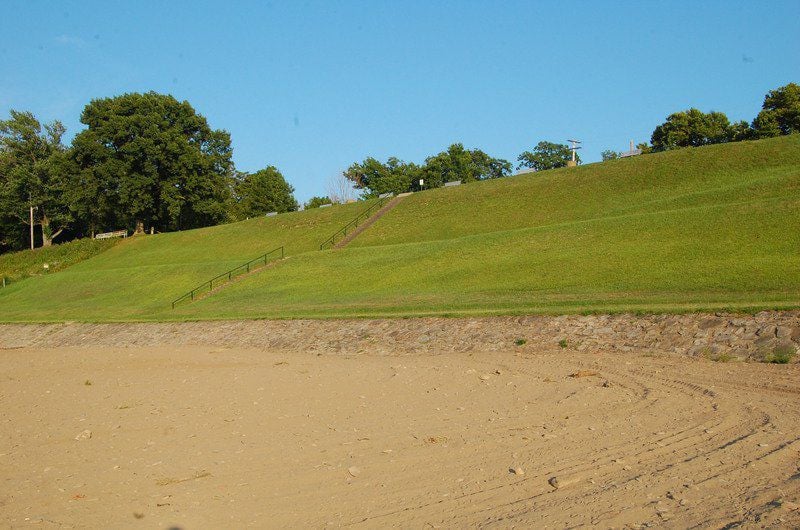 CONNEAUT — A Conneaut couple who live near the beach so important to the annual D-Day Conneaut re-enactment recently spent time visiting the real thing.

Brenda and Tim Rowbotham included a tour of the Normandy coast in a two-week trip to France in June. They missed the 75th anniversary activities by a few days, but saw enough to come home very impressed.

Six days of their trip were spent visiting some of the key sites of the Normandy Invasion, including Omaha and Utah beaches and villages that figured prominently in the fighting.

The importance of those days is not lost on the French, who have erected many markers across the region. Beaches are dotted with museums.

“Everything is so well documented,” Brenda said.

“There are all kinds of monuments,” he said. “There’s a lot of history up there.”

The Rowbothams traveled with a group of 22 people, including a World War II veteran, who was treated like a celebrity by the locals.

“People were swarming around him,” Brenda said.

Similarly, there was a big sense of gratitude from the residents. Flags of the countries that participated in the Invasion were spotted “all over Normandy,” Brenda said.

“They appreciated what had happened,” she said.

The tour also included plenty of German fortifications and bunkers, which are open for inspection. The group wasn’t alone – plenty of tourists were visiting the sites, too, the couple said.

The Rowbothams stayed in a manor house for part of their visit, which provided easy access to the important sites.

The couple said they had no idea the Normandy region was so big.

The Rowbothams were also struck at how closely the landing sites resembled Conneaut’s Township Park, home to the popular re-enactment.

The park’s bluffs truly evoke the cliffs Allied invaders encountered, while a stone bridge inside the park is a fitting substitute for the La Fiere Bridge, scene of a battle that will be re-created over the weekend at the park.

You can see why they picked (the park),” Tim said.

WWII re-enactors who come to Conneaut for the annual event suggested the trip to France, they said. The couple agreed, but it wasn’t a snap decision.

“They got us interested, but we had to think it over for several years,” Tim said, smiling.

The couple had their personal favorite moments. Tim, who served with a Ranger unit in the Vietnam War, said he enjoyed seeing Pointe Du Hoc, a series of 100-foot cliffs U.S. Rangers successfully scaled to reach German defenders.

Brenda said she had two special memories: Omaha Beach, scene of so many American casualties, and the military cemeteries that overlook the English Channel, especially the Normandy American Cemetery and Memorial.

“The minute you walk on Omaha Beach, you get so emotional,” she said. “The cemeteries, too. It was overwhelming.”

CONNEAUT — For two decades, Township Park has served as a stand-in for the Normandy coast for a host of World War II re-enactments.

ANDOVER [ndash] Heather Micklos passed away on July 20th, 2020. She was born on July 21st, 1971 in Pittsburgh, PA, the daughter of Norbert and Dolores (Romano) Micklos. In honoring her wishes, no public services will be held.

KINGSVILLE TWP. [ndash] Donna D. Clayman, age 88, passed July 27, 2020 at the Ashtabula County Nursing Home. Private family service will be held at a later date. Obituary and condolences can be made at guerrierofuneralhome.com