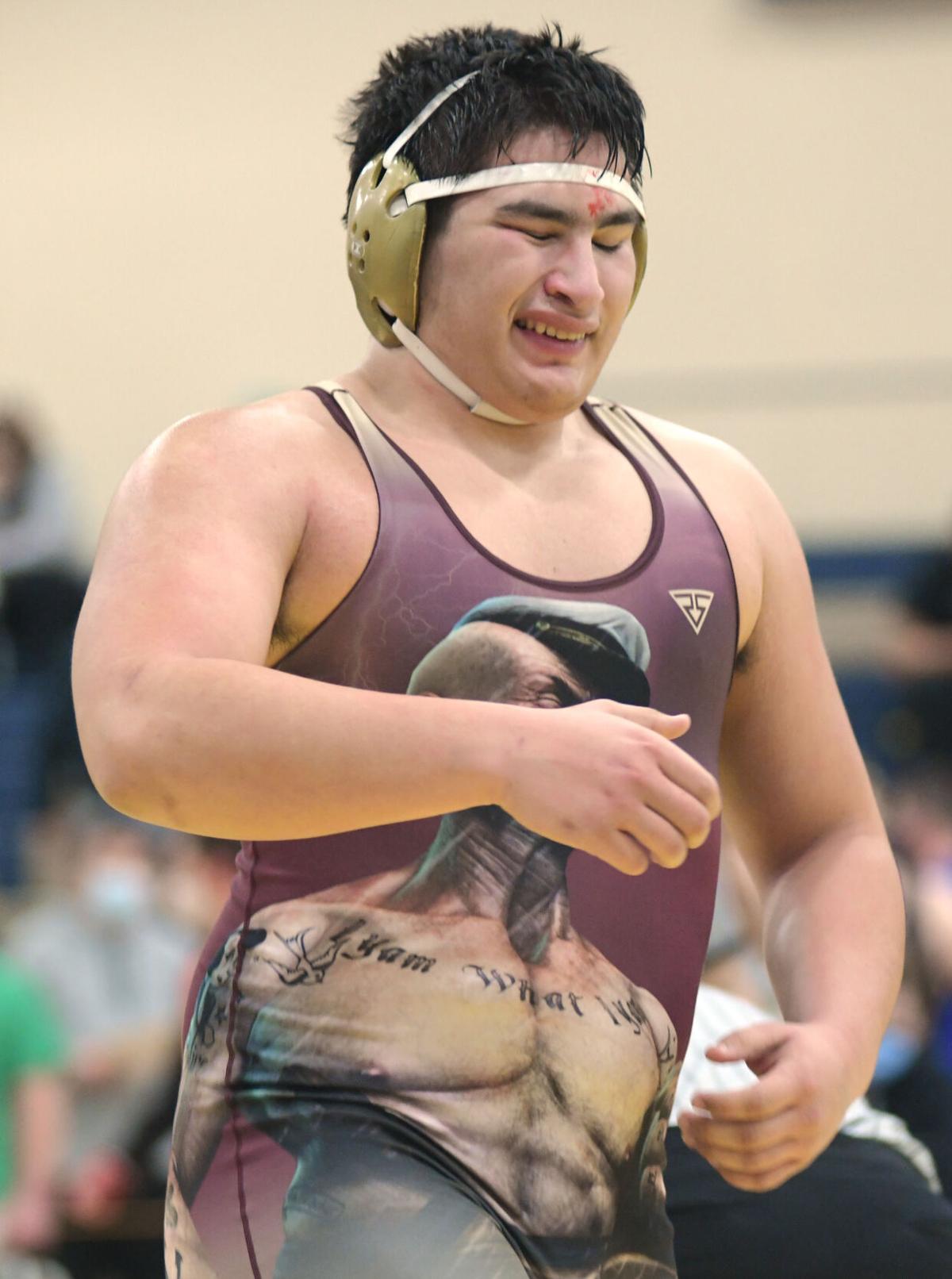 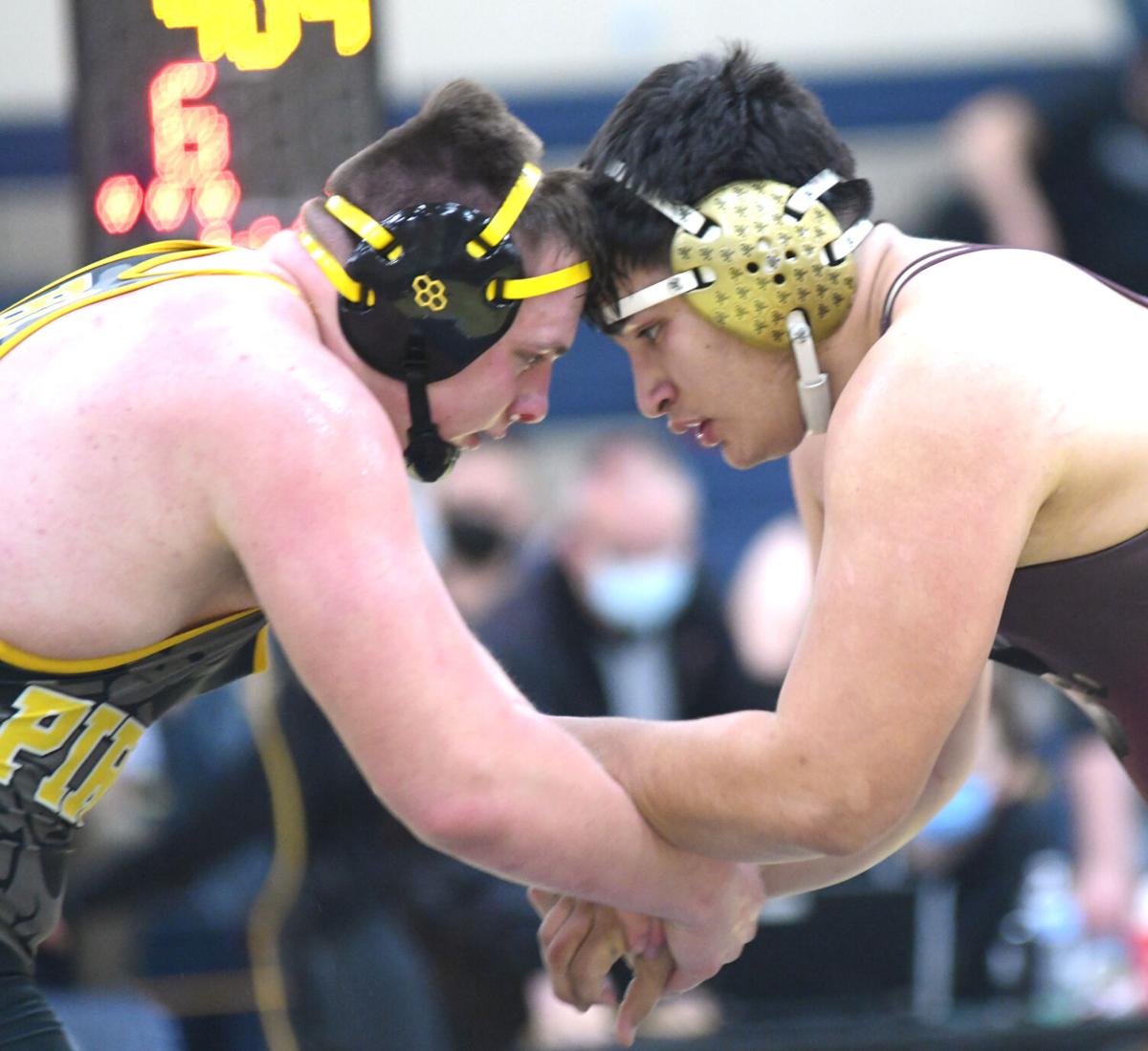 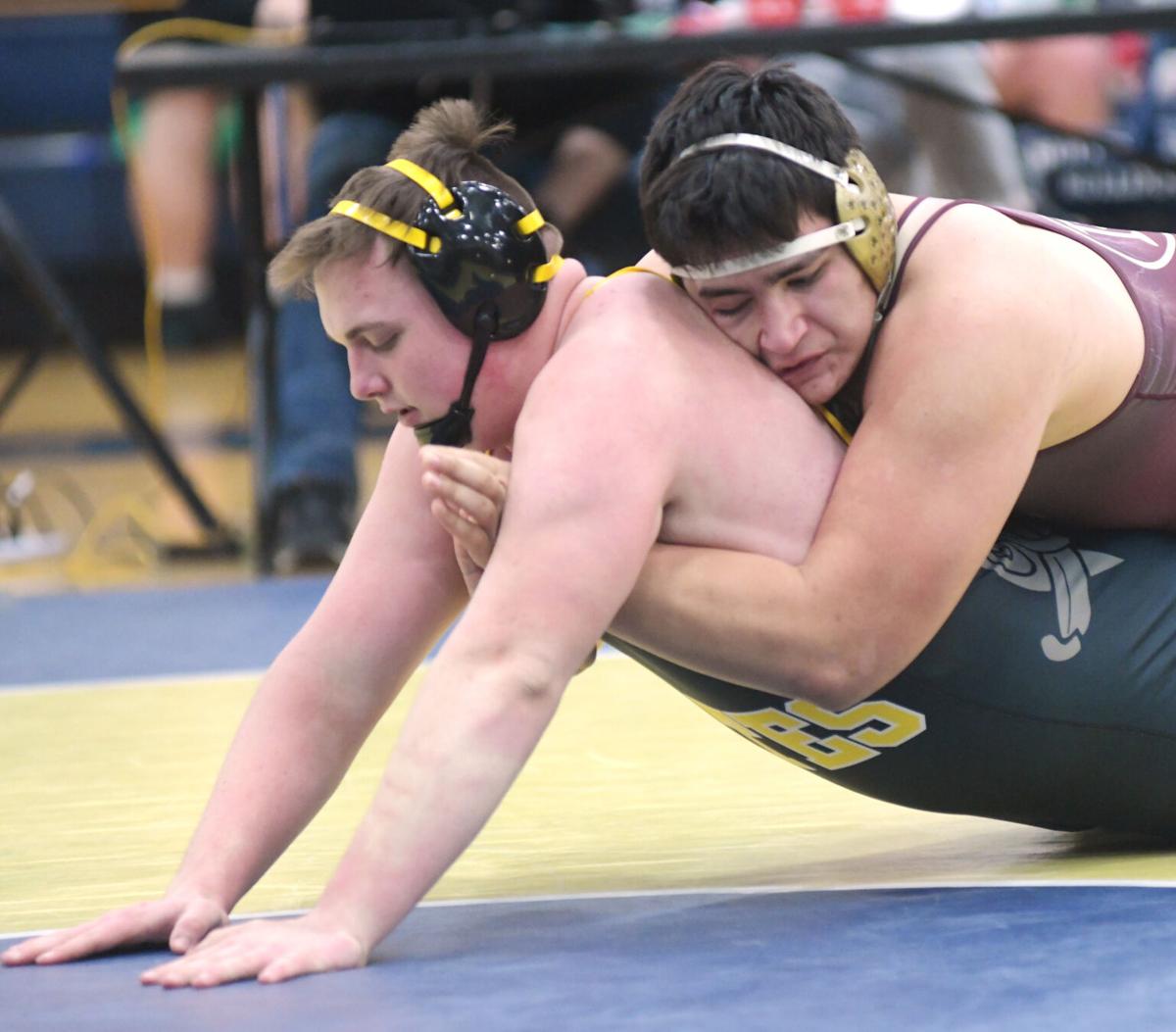 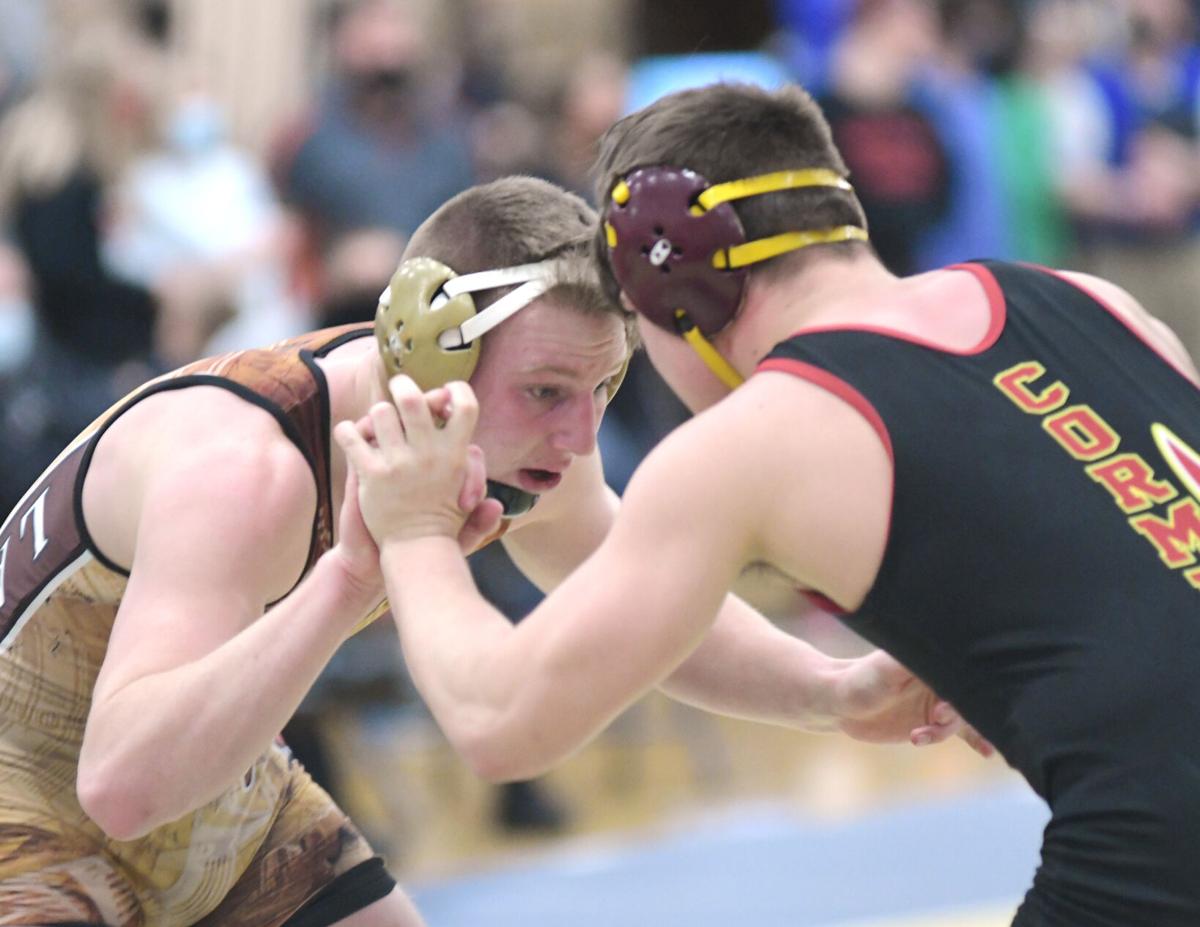 GARFIELD HEIGHTS — Before stepping on the mat for his District semifinals bout against Ryan Elrod of St John, Pymatuning Valley’s Victor Verba said he had his nerves in check.

After getting a first-period pin to secure a spot in next weekend’s Division III State Tournament, however, his emotions seemed anything but.

After overcoming a quick 2-0 deficit, the Lakers heavyweight was nothing but smiles after scoring a reversal which set up his pinning combination.

“I had to be too happy,” Verba said with a smile minutes afterward. “That was a match I’d been anticipating for two years or so because I hadn’t seen him (Elrod), so I was looking really forward to it.”

It was the third time the two Ashtabula County behemoths had met on the mat. The series was tied 1-1 with Elrod taking the last meeting in the District Tournament two years ago. Verba was a healthy scratch back in January when St John visited PV for a dual.

After getting taken down to start the match, Verba’s first instinct was to try getting to his feet, but a better option presented itself.

“At first I tried to stand up and I couldn’t really,” he said. “I sat up and he kept a boot in, so I just lifted that boot right over me, and then I was able to over-under him right to his back.”

Verba won his next match as well, pinning Travis Owen of Black River in the third period.

A year ago he left Garfield Heights as the fifth-place finisher and an alternate to the state tournament that of course was canceled due to COVID-19. This year, he’ll head to Marion Harding High School (site of the Division III State Tournament) as a #1 seed.

He claimed nerves were not affecting him, but getting out as a top seed was nothing for him not to be exhilarated over.

“I learned not to be nervous after losing my first match (at district) last year,” he explained. “I wasn’t nervous, but winning; that meant a lot.”

It meant a lot to PV Coach Dave Miller as well.

“Everything kind of came together for him at the right time,” Miller said. “He came in with the right frame of mind, he was right healthwise. He wrestled smart, did what we asked him to, hopefully, he can continue to do that next week and get on the podium.”

Aside from Verba’s win, Saturday’s semifinal was not kind to county wrestlers. Four others took defeats. All four came back however to win their consolation bouts and earn their ticket to next weekend.

Aside from Verba, PV will also be sending Tyler Bean (170). Bean scored two pins before running into Waynesdale’s Peyton Lemon, who turned the tables on him with a second-period fall.

He bounced right back though with a pin to seal his spot in the third-place match, which he lost, but still had his ticket to state.

“He had a rough semis,” Miller said. “He was able to come back through, his final match, he had a chance to catch that kid but that kid’s a really good wrestler. The important thing is we made it through. Next week anything can happen, we’ve seen that more than once.”

Miller would know, he’s had a state qualifier 11 years in a row (an alternate in 2013), the longest streak of any county coach.

By the time the brackets had all settled Saturday night,  six county wrestlers had cemented their spots for next weekend. Another is an alternate.

Chase Cottrell (220) of Grand Valley and Colt Edgar of Jefferson each took third (160) at Garfield.

Elrod also bounced back from his loss to Verba to win his next two bouts and will go to Marion Harding as a #3 seed.

At Perry, Geneva's Caleb Selman took third as well to advance to the Division II tournament which will be at Highland Marengo High School.

In Division I action at North Canton Hoover, Madison’s Jamie Harrison (106) took sixth. Lakeside’s Ethan Wannett (138) defaulted his second match on Friday night. Saturday he came back to win two matches but fell one match shy of getting to the placement round.