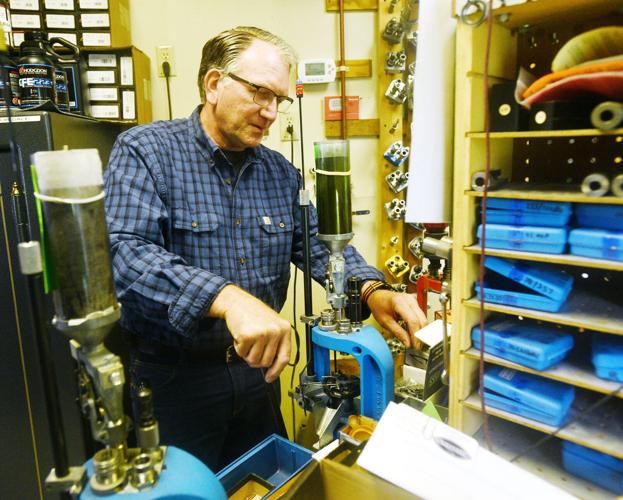 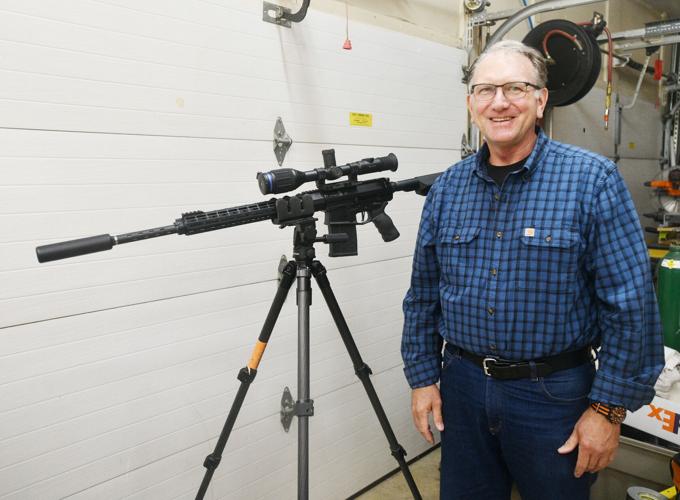 With a new state gun law going into effect Monday, allowing people to carry concealed firearms without a license, some might think people are out buying guns.

Not so, says Daryl Upole, owner of Ohio Guns in Ashtabula, a federally licensed firearms dealer.

“Mostly people are concerned about gun control after the Texas shootings,” he said. “As far as the concealed handgun license (CHL), I’ve had no one buy a firearm because of that.”

Ohio joined its neighbors as a “permitless carry” state on March 14 when Gov. Mike DeWine signed into law Senate Bill 215. Under the new law, set to take effect Monday, adults who can lawfully own a firearm will be able to conceal carry a handgun without a permit or background checks.

“It’s important to note that under the new law, you can carry a concealed handgun, but you can’t buy a gun [at a federally licensed dealer] without a background check,” Upole said.

Ohio is currently an “open-carry state,” meaning gun owners can carry a firearm in public so long as it is visible. Until the new law takes effect, people who do not want to display their gun but still carry must apply for a CHL, a process that requires an application, a minimum $67 fee, a background check and an eight-hour training class including two hours of hands-on instruction.

The permitless carry bill, revokes the restriction of having to apply for a CHL and will allow Ohioans, ages 21 and older, to conceal carry without a CHL or background check. The new law also removes “duty to notify” from the state, making it so Ohio gun owners are not required to tell law enforcement they are carrying a weapon unless they are directly asked.

Upole will continue to teach concealed carry classes and contends the classes are still a good idea, even though it will no longer be required as of Monday.

“People are still signing up for training because we have reciprocity with 30-plus other states and you’ll need your Ohio CHL if you want to carry in those states while traveling,” he said. “The laws are so complicated that people have misconceptions on their rights and obligations. It’s a serious decision to carry a firearm for self defense and you’re responsible for knowing all of the laws and regulations. They aren’t as common-sense as you’d think.”

Upole predicts permitless carry won’t change his business much. Patrons without CHL training will still have to get a background check to buy a gun.

“People don’t understand the law,” he said. “That’s why it’s still a good idea to get the training.”

Gun advocacy groups and many GOP lawmakers have been fighting for this law for some time. Similar laws are already in place in 23 other states, including Ohio’s neighbors, West Virginia and Kentucky.

Republican state Rep. Shane Wilkins co-sponsored the bill. During a debate on the Ohio House floor, he said the measure puts law abiding citizens on a more equal footing with those who do not care about the law. Wilkins represents Ohio’s 91st district, a predominantly rural area in southern Ohio.

U.S. Senator Sherrod Brown, D-Cleveland, has spoken against the bill.

“With violent gun crimes on the rise, and what seems like another mass shooting every day, the last thing we need to do right now is put more guns on the streets,” he said. “Laws that allow teenagers to buy a gun without a background check and walk into the community with a gun in their waistband make Ohioans less safe. Instead, we should be working towards common sense solutions that take guns out of the hands of criminals and those experiencing mental illness.”

The permitless carry law does come on the heels of the second deadliest school shooting in the country — the May 24 mass shooting at an elementary school in Uvalde, Texas. At least 19 students and two teachers died in the attack, according to police, who shot and killed the gunman, whom they identified as 18-year-old Salvador Ramos, a student at a nearby high school.

“The Senate seems to understand that — as evidenced by the serious efforts underway in that chamber to craft a bipartisan bill that addresses the root causes of these heartless crimes and directly improves the safety of our communities. The same cannot be said for the House,” he said. “I am a staunch defender of the Second Amendment ... I remain committed to passing bipartisan solutions to gun violence that can garner the support necessary to become law, help prevent these shootings, and preserve the Constitutional rights of the American people.”

According to the Health Policy Institute of Ohio, the rate of homicides involving guns has steadily increased over the last 20 years. From 1999 to 2020, homicides increased 123 percent. and it’s not just Ohio, all over the United States, gun-related deaths are rising. In 2021, there were more than 20,000 gun deaths, excluding suicide, according to The Trace, a news group that follows gun violence. That’s the highest number since the group started following gun deaths in 2014.

Dean Rieck, executive director of the Buckeye Firearms Association, a social welfare organization that serves as the flagship of the group’s grassroots efforts to defend and advance the right of Ohio citizens to own and use firearms for all legal activities, said the primary difference between gun control advocates and gun rights advocates is that they believe anyone with a gun is a threat to everyone, just one trigger pull away from being a murderer.

“They conflate criminals with the law-abiding,” he said. “We believe most people are trustworthy most of the time, and we differentiate between those who are criminals from the rest of us. The vast majority of firearm misuse is committed by a tiny fraction of the population and most violent crime, including murders, happen in a small number of geographically concentrated areas. The data backs this up. In other words, ‘gun crime’ is not random.”

According to the Bureau of Alcohol, Tobacco, Firearms and Explosives, a person cannot legally possess a gun for several reasons, including having been convicted of a felony, using a controlled substance, being an illegal immigrant, having been dishonorably discharged from the military or have been convicted of a misdemeanor crime of domestic violence.

In 2021, 2,668 concealed carry applications were denied in Ohio, along with 420 licenses that were revoked for felony convictions or mental incompetence, according to Ohio Attorney General David Yost’s office.

Rieck believes human behavior is consistent, so those who are law-abiding and responsible tend to always be so.

“It may take a while to educate everyone on the technicalities of the law, since there is inaccurate information floating around out there, but we don’t expect dramatic changes in criminal behavior,” he said. “We believe having a firearm affords you the ability to defend yourself in the unfortunate circumstance of being physically attacked or having your life threatened. It is your choice, of course, but everyone who is not disqualified from owning or carrying a gun, has the right to do so.”