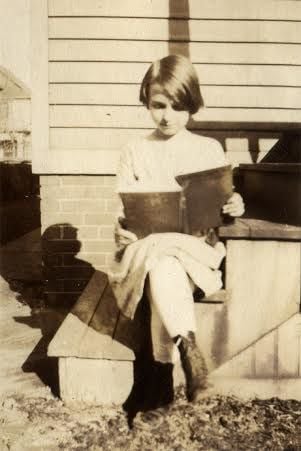 Eleanor Murphy, age 10, doing what she loved most -- reading. 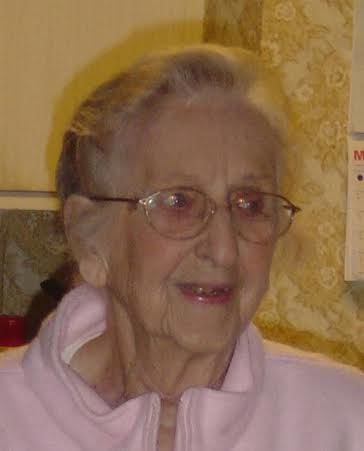 Eleanor Murphy in her kitchen in Rome on her 99th birthday.

Eleanor Murphy, age 10, doing what she loved most -- reading.

Eleanor Murphy in her kitchen in Rome on her 99th birthday.

ROME TOWNSHIP — Eleanor Ruth Murphy, a survivor of the 1918 flu pandemic and a Rome Township resident for the past 65 years, died Thursday at home.

Up until her death, Murphy acted decades younger, cooking and cleaning her home and even mowing the lawn up until a few years ago. For entertainment, she liked to watch the Cleveland Indians.

"Her cause of death was purely a tired-out body, along with a case of boredom since she was unable to see to read, one of her life-long  passions," said Brian Murphy, her oldest surviving son from a family of six siblings.

Eleanor and her late husband, Edward, were hard working people and well-known to the locals, he said.

"People would come from miles around to buy their hand-picked sweetcorn," Brian Murphy said. "My mother was a 4-H leader, a talented seamstress and an artist, who liked to paint with watercolors."

Eleanor lived through the Great Depression, along with her siblings who spent part of their childhood in the Berea, Ohio, Children's Home because their father died rather young and their mother simply couldn't afford to raise them on her own.

Those early struggles did not stop Eleanor from enjoying life. She cared for her children, worked alongside her husband on their farm and, up until a few years ago, she held a driver's license and frequently drove into Ashtabula for groceries or a hair appointment.

Murphy's Dodge Road neighbors would often see her walking her dog, hauling her trash to the curb and raking leaves in the fall.

Her good health allowed her to live independently in her farm house with some help from her daughter, Marcia McMurphy, and her husband, Jack, who live nearby.

During the winter of 2014's deep freeze, Marcia McMurphy said her mother used a ski pole to traverse her frozen driveway.

Eleanor's longevity brought her recognition in recent years, including an article in the Star Beacon when she turned 100 years old.

"I don't work too hard but I stay active," Murphy told the reporter. "I guess it's better for anybody to be active."

Her family also treasures a photo of Murphy standing in front of the community sign in the center of Rome, with local officials congratulating her on her 104th birthday.