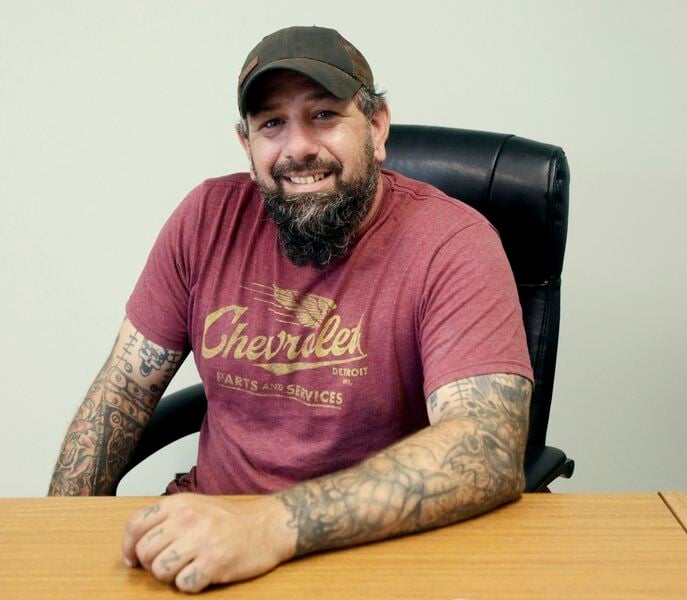 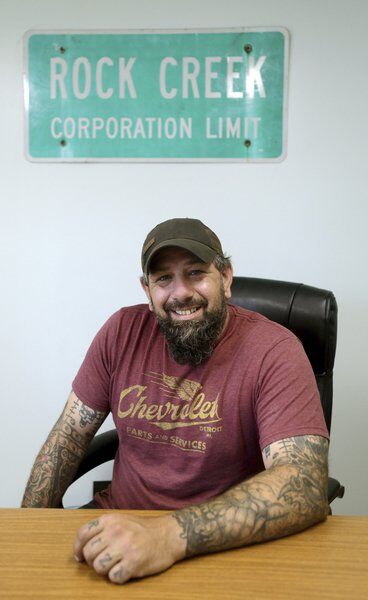 ROCK CREEK — Tedy Butte is happy to be working in his hometown but, led an interesting life as a lead vocalist in a heavy metal band that toured the country.

“I grew up here. I went to Jefferson High School, I played football,” Butte said in a Friday interview.

He said he didn’t get the music bug till after high school.

“My dad always had a jam room in the house. I didn’t take it seriously till after high school,” Butte said. He said he started playing with a local band in 1998 with the band name starting as Monkey Paw and moving to Eclipse.

“I got really serious into it in 2002. I dedicated pretty much my whole life to the Cleveland music scene,” Butte said. He said he then played in a group called Kphit and then Sykosis.

He said Sykosis played together for about five years and then continued when he left the group to “get a real job.” He said the members were all local residents.

“We would play at least 80 shows a year,”  Butte said of the schedule that took them from California to Florida in 20-day periods of time.

Butte said he enjoyed the experience and the highlight of his career was opening for Mushroomhead at Nautica in Cleveland with about 5,000 people in attendance. He said he had four-foot dreadlocks and wore a mask as part of his band’s vibe.

Butte said he had worked for area businesses, but they would allow hime to leave for 20 days at a time and would give him his job back when he returned.

In 2017 Butte said it was time to leave the traveling music circuit.

Butte said some Rock Creek residents suggested he run for village council and he served a year on council and then started working as a grinder, then moved to meter reader and steadily found his way up the food chain to village administrator.

“I enjoy fixing up the park and bringing positive stuff to Rock Creek,” he said.

Butte said the Rock Creek workers, including himself, are all part time.

Butte said he misses some of the rock music experience.

“I miss playing the shows. They were great; seeing all the smiles on their faces,” he said.

Interaction with fans was also a big part of the fun. He said people would come up to him and say, “Your song saved my life,” he said.

Sykosis included Ashtabula County residents who worked hard and sacrificed to live their dream, according to a posting on the group’s profile. He said the group got a record contract and played every music venue in the Cleveland area.

Butte said he still plays with a small group of musicians that hope to do maybe one show a month but aren’t in any hurry and haven’t picked a name. He said he has started a podcast interviewing musicians and area residents.

Butte said one of the guests was the keyboard player for Marilyn Manson and another was Ashtabula County Commissioner Casey Kozlowski.

Traveling nationwide had its unique moments including a broken trailer with all the tools in the front. He said they had to remove all their instruments to get to the tools and then the California State Police came by and assisted.