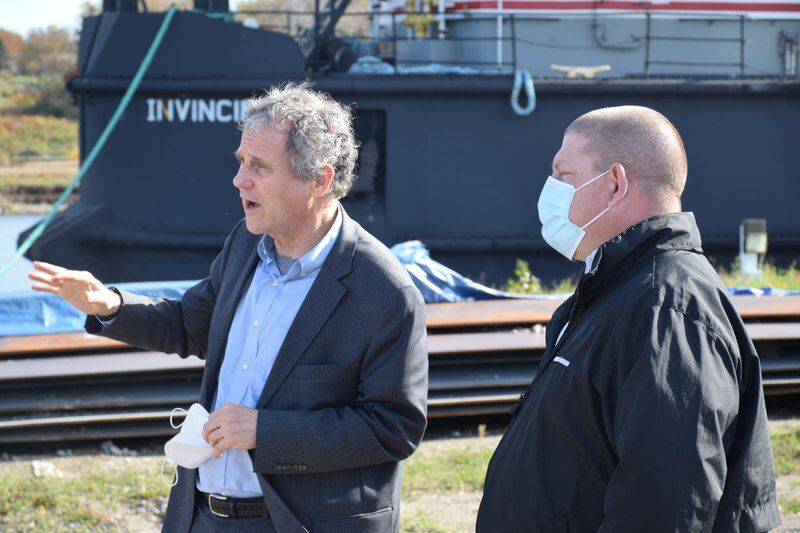 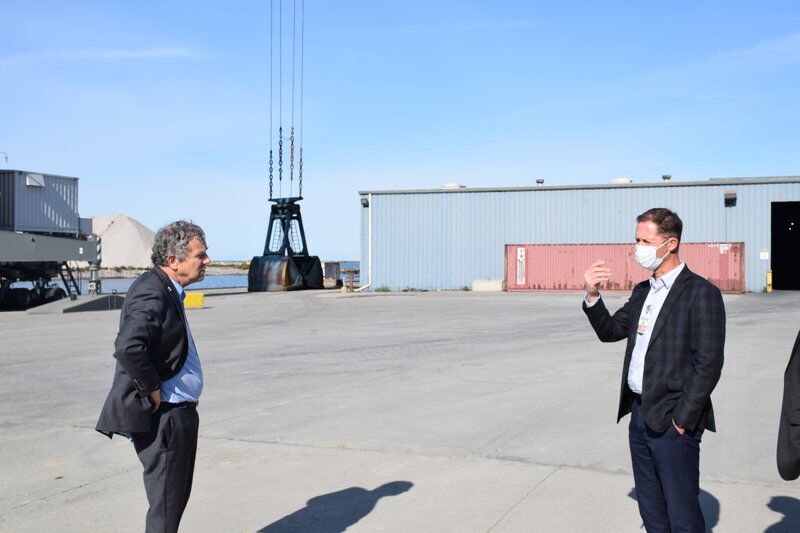 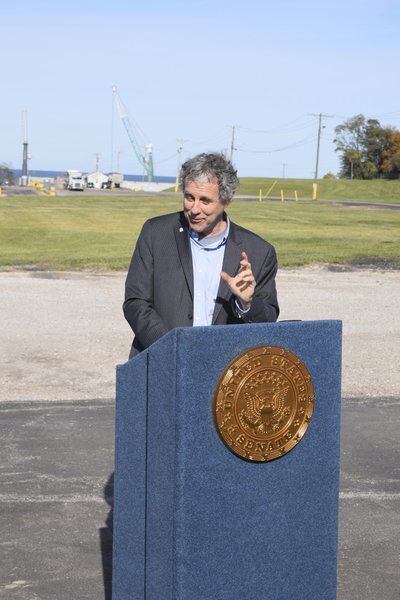 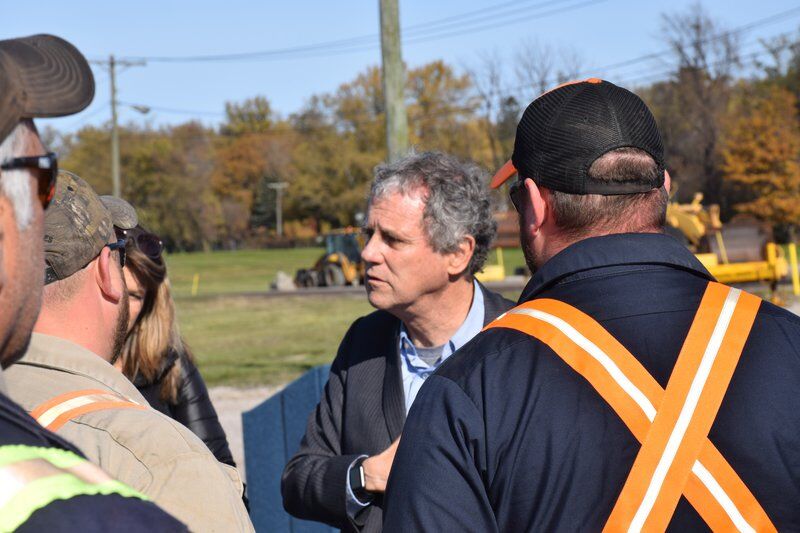 Senator Sherrod Brown spoke with Pinney Dock workers after touring the facility on Wednesday. Brown spoke to workers, elected officials and others about a recently passed infrastructure bill. 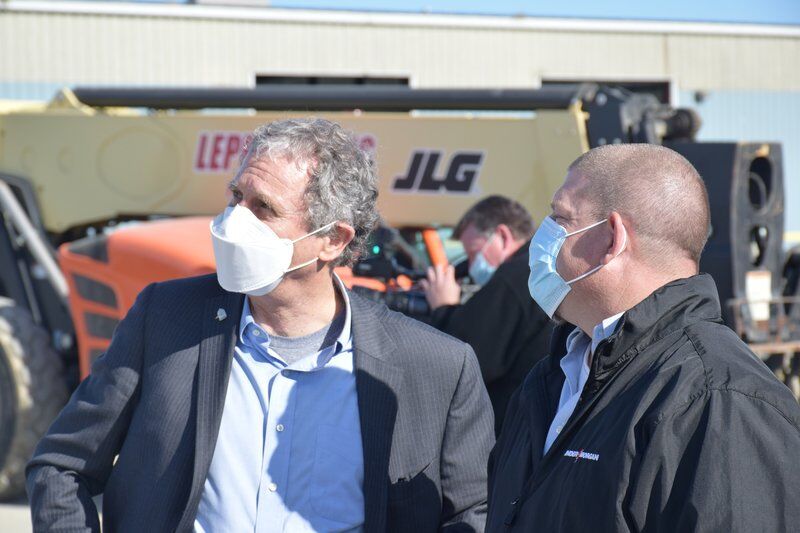 Senator Sherrod Brown spoke with Pinney Dock workers after touring the facility on Wednesday. Brown spoke to workers, elected officials and others about a recently passed infrastructure bill.

They discussed the port’s operation and its needs going into the future, as well as Ashtabula County’s needs as a whole.

After the tour, Brown spoke about the infrastructure bill that passed in the Senate in August, and was approved by the House of Representatives on Nov. 5.

Brown thanked everyone who helped with the tour.

“We talk infrastructure, and everybody thinks about I-90 and maybe Route 11, or they think of a water and sewer system in Conneaut or Cleveland,” Brown said. “Maybe they think of broadband in southeast Ohio and here, where maybe towards Jefferson, the coverage isn’t as good as it should be, and that’s all infrastructure. But we never should forget the really key infrastructure of transportation, ports, rail, trucking, that really makes this economy work.”

Brown said there have been supply chain issues around the world in the last several months.

“The first thing that says to me is the importance of buy American because far too much of this disruption has been because we’ve relied on foreign ports in foreign countries,” Brown said. “It’s important that we make more here.”

Brown and Republican Sen. Rob Portman, who also represents Ohio, worked together to write the strongest buy American language ever in a federal law, he said.

Myers said the opportunity exists to reinvest in assets that were created 100 years ago, and drive economic opportunity for local and national companies.

Myers said the infrastructure bill will allow companies currently in the county to have access to logistics services they may not have today, and it allows the area to compete for new investment.

“It’s not just utility access, it’s not just access to shipping or rail,” Myers said. “It’s all of these resources combined. That’s why this bill is so exciting, because it creates a pot of money that allows us to invest in all those components.”

The amount of money that will be coming to Ashtabula County from the infrastructure bill hasn’t been determined yet, Brown said.

“It’s my job to always advocate for Ohio workers and Ohio businesses and Ohio infrastructure,” Brown said. “Most of [the money for ports will be allocated] by formula, based on need and condition and market share.” Brown said he spoke to Transportation Secretary Pete Buttigieg this week about infrastructure.

Part of the reason for Wednesday’s tour of the port was to get a better understanding of what the need is in Ashtabula County and Pinney Dock, Brown said.

Money from the infrastructure bill should come soon after it is signed into law, Brown said.

“Port authorities and mayors and county commissioners and water authorities have been planning on this, and have made plans over the years,” he said.

Timonere said the city is hoping for funds for roads and sewer upgrades.

“We will also be advocating for businesses like Kinder Morgan, with the infrastructure that they need, which of course has a ripple effect not only in the city, but throughout the county,” he said.