Cuomo urged to resign after probe finds he harassed 11 women 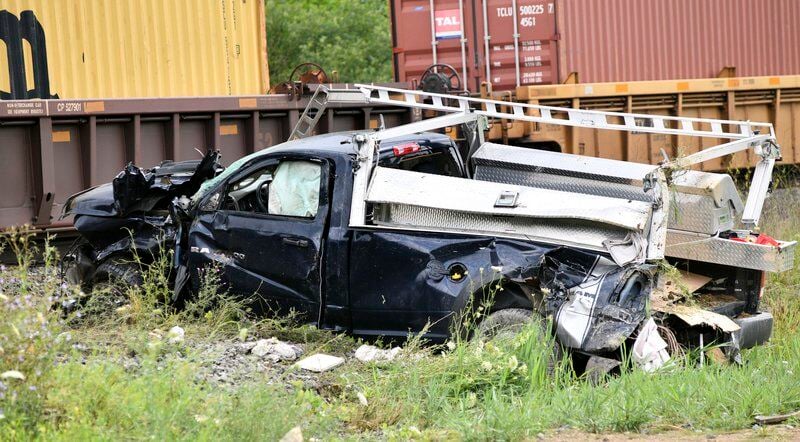 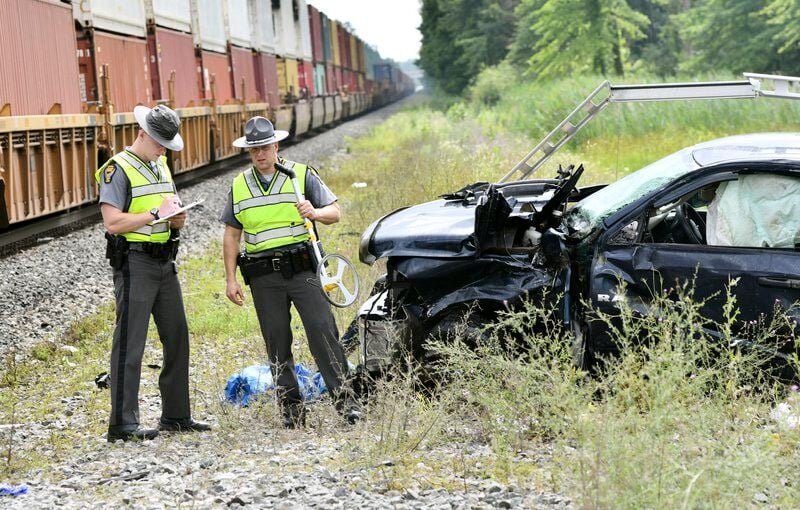 Ohio State Highway Patrol Trooper Aaron Belcher, right, works on an investigation of a truck- train trash with a fellow trooper on Friday afternoon near the North Meyers Road intersection in Geneva Township. 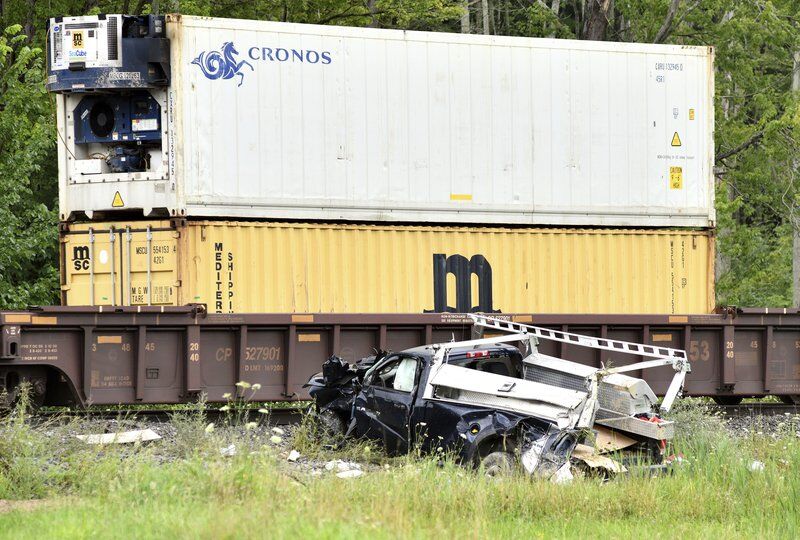 Ohio State Highway Patrol Trooper Aaron Belcher, right, works on an investigation of a truck- train trash with a fellow trooper on Friday afternoon near the North Meyers Road intersection in Geneva Township.

GENEVA TOWNSHIP — Two people were injured on Friday afternoon when a pickup truck ran into the side of a train at the North Myers Road CSX intersection, said Ohio State Highway Patrol Trooper Aaron Belcher.

Belcher said Jusin Rossi, 30, of Geneva, and an 11-year-old female were in the truck and later transported to Cleveland for treatment.

The truck landed between 65 and 70 feet west of the intersection in a grassy area around 2:48 p.m., Belcher said.

Rossi was to be transported by ambulance to UH Medical Center in Cleveland and the juvenile to Rainbow Babies and Children’s Hospital in Cleveland, Belcher said. He said poor weather kept them from flying the patients to Cleveland.

Rossi’s injuries were deemed serious and the juvenile was still being evaluated, he said.

Belcher said Rossi was driving southbound on North Myers Road and went around the crossbucks, that were down, and struck the train. He said the crash is still under investigation.

A crash reconstruction crew was on the way to the scene around 4:30 p.m., Belcher said.

There were no injuries to any of the CSX crew, he said.

EDITOR's NOTE: This story has been updated to correct the name of the driver involved. Details of an unrelated incident have been removed and included in a separate story.

Rigoberto Guerrero Jr., 29, of Jefferson, passed away on July 31, 2021. Funeral service Thursday, August 5 at 5pm, Guerriero Funeral Home, 1550 West 19th. Visitation will be on from 3 to 5 Thursday. Condolences made at guerrierofuneralhome.com