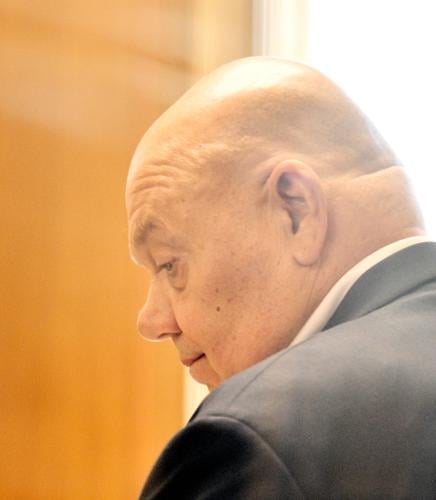 Thomas Volpi, 65, of Ashtabula listens to testimony the courtroom of Ashtabula County Common Pleas Judge Thomas Harris on Thursday afternoon in Jefferson. Volpi is on trial for rape of two alleged teenaged victims. 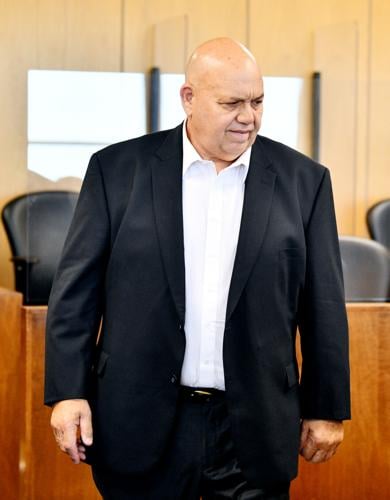 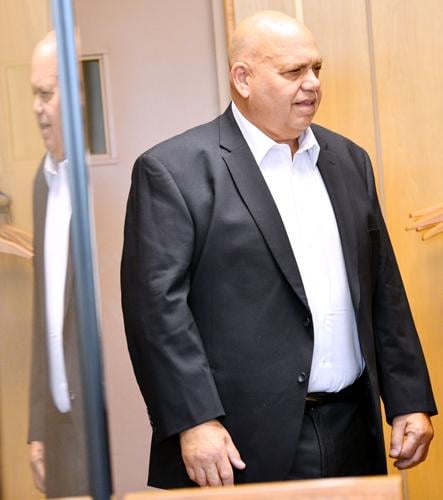 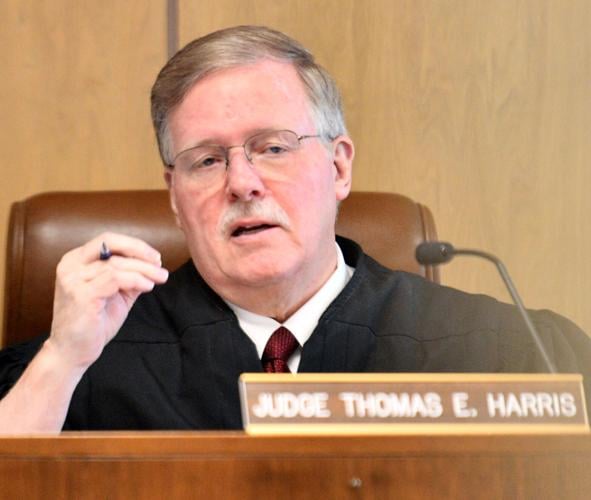 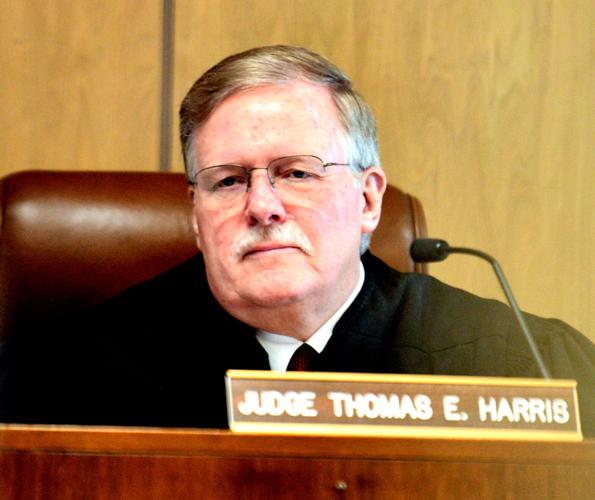 Ashtabula County Common Pleas Court Judge Thomas Harris listens to lawyers during the rape trial of Thomas Volpi, 65, of Ashtabula on Thursday afternoon in Jefferson. Volpi is on trial for rape of two alleged teenaged victims.

Thomas Volpi, 65, of Ashtabula listens to testimony the courtroom of Ashtabula County Common Pleas Judge Thomas Harris on Thursday afternoon in Jefferson. Volpi is on trial for rape of two alleged teenaged victims.

Ashtabula County Common Pleas Court Judge Thomas Harris listens to lawyers during the rape trial of Thomas Volpi, 65, of Ashtabula on Thursday afternoon in Jefferson. Volpi is on trial for rape of two alleged teenaged victims.

JEFFERSON — Tiara Babbitt, who was charged with unlawful sexual conduct with a minor in the Thomas L. Volpi rape case, told a jury Thursday that Volpi coaxed her and a 15-year-old girl to perform sex acts on each other while he watched.

Volpi, now 65, was arrested Aug. 14, 2019 after a grand jury issued a 39-count indictment, charging he furnished alcohol and raped and sexually assaulted two teenaged girls on July 5-6, 2019, according to the indictment.

On the second day of testimony in Volpi’s rape trial, Babbitt said she didn’t know the alleged rape victim was only 15, and she believed the girl was a willing partner. At Volpi’s urging, they participated in sexual activity with each other and with Volpi — first at his store and then at his house, she said.

Babbitt pleaded guilty last year to attempted obstruction of justice in a plea negotiation with prosecutors. She was sentenced to two years probation and agreed to get treatment for her drug addiction and testify at Volpi’s trial, according to Ashtabula County Common Pleas Court records.

She testified Thursday that she’s been clean and sober for a year, and she has turned her life around.

Babbitt said she met Volpi when she was 17, and she worked at his store.

On the night of July 5, 2019, she recalled taking “a lot of heroin and Xanax,” before going to Volpi’s house to swim. When she finished skinny dipping in the pool, she told Volpi she needed cigarettes. He suggested they go to his store where he would get some money and buy her cigarettes, she said. Babbitt said Volpi was too drunk to drive himself.

The 15-year-old also wanted cigarettes, so she went with them, Babbitt said. When they arrived at the store, Volpi told Babbitt to wait in the truck while he and the teen went inside for about 20 minutes, Babbitt said.

“When they came out, Tom [Volpi] asked me to go back in the store,” she said.

On Wednesday, the teen testified that Volpi tried to have sex with her, but the table was too high and he was too drunk. Babbitt said he grabbed a cooking pan and stood on it so he could have intercourse with her.

Stacy Violi, a forensic scientist from the Bureau of Criminal Investigation (BCI), also testified Thursday on the results of the alleged victims’ rape kits. She said Volpi’s DNA was discovered on the 15-year-old’s underpants, buttocks, private parts and neck.

The results of the 17-year-old’s rape kit showed Volpi’s DNA on her underpants and private parts, Violi said.

In the early morning hours of July 6, 2019, more sexual activity took place at Volpi’s house but Babbitt couldn’t remember the details because she had taken a lot of Xanax and it affects her memory, she said. She remembers leaving shortly thereafter, she said.

On cross-examination, Volpi’s attorney, Mark DeVan of Cleveland, had Babbitt repeat her statement that the teen was a willing participant in the three-way sex acts.

“She never said she didn’t want to,” Babbitt said.

During re-direct, Assistant Prosecutor Dawn Cantalamessa asked Babbitt to identify the person who egged the girls on and invited her into the store.

According to testimony on Wednesday, it was while Volpi was later molesting the 17-year-old in his bedroom at home, that the 15-year-old grabbed her friend’s cell phone from the night stand and texted her 17-year-old brother, who was dating her friend in the bed with her. She asked her brother to help them and that Volpi was performing a sex act on her friend/his girlfriend.

The teenage boy, who’s now 20, said on the witness stand Thursday when he got the text, “I thought it was consensual, but afterwards I found out it wasn’t.” He said he jumped to conclusions because he was “an insecure 17-year-old kid.”

That’s why when he opened Volpi’s bedroom door, he said, “You know she’s 17,” and closed the door without trying to help the girls, he said.

But that interruption gave the girls the break they needed and they told Volpi they had to go to the bathroom, the 15-year-old said. Instead, they called Volpi’s daughter, she said. They told her that he “did things” to them, she said.

“She came over screaming and yelling at him,” the 15-year-old said.

Volpi’s daughter drove the teens to the Ashtabula Police Department, where officers questioned them and sent them to a hospital, Cantalamessa said.

Babbitt further testified that on the morning of July 6, 2019, a detective came to her house. She talked freely with the detective because she didn’t believe she had done anything wrong — until she discovered the girl was a minor, she said. When the detective left, she drove her car straight to Volpi’s store, she said.

“He told me to go around to the back door,” she said. “He tore my shirt, looking for a [police] wire. He was sweating real bad, he was worried.”

During opening statements Wednesday, DeVan admitted his client “did some things he shouldn’t have done,” but the teens were not forced to do anything and their actions will show they were not victims.