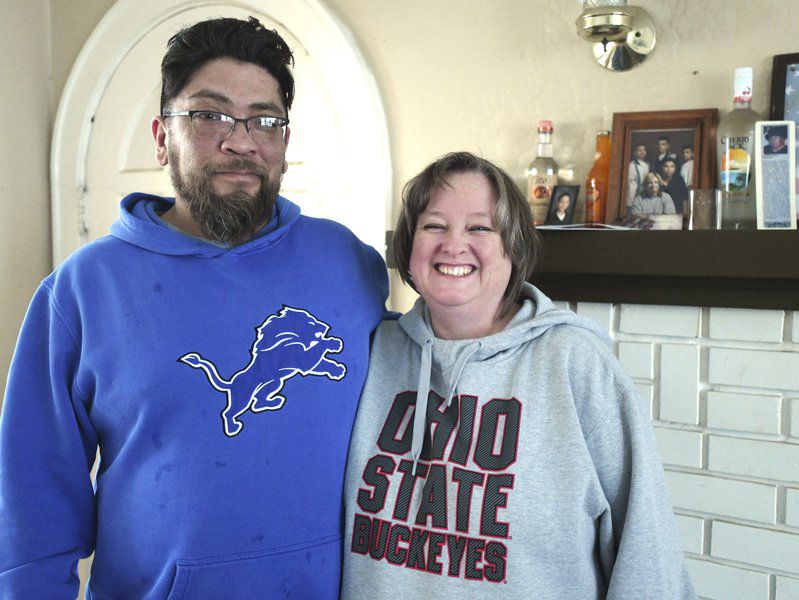 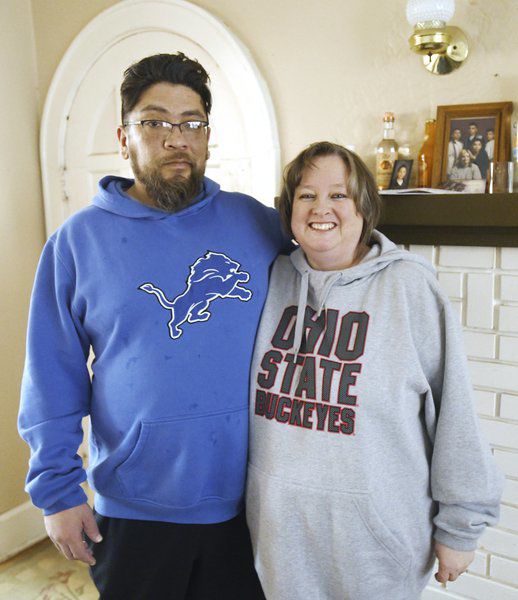 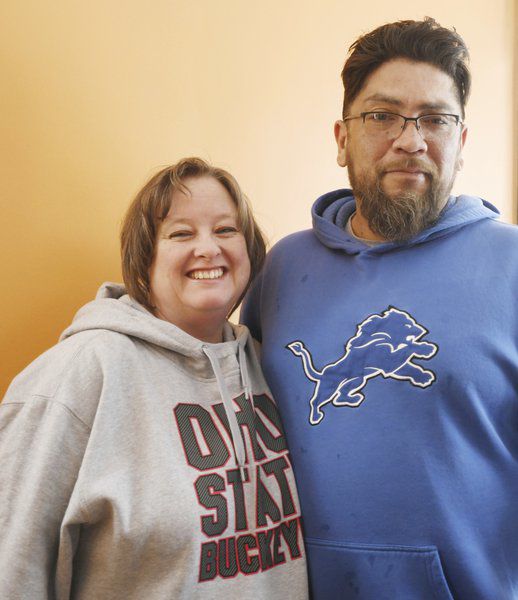 Melanie met Francisco in August 1995 when she first arrived at Fort Bragg, N.C. She was lugging her duffle bag, suitcases and a backpack upstairs to her barracks when the strap on her duffle bag broke and the bag started rolling down the stairs.

“It almost knocked over this guy. He picked up my bag and carried it to my room, put it down and walked out,” she said. “I watched him walk away and my roommate asked if I knew him. I said, ‘No, but I’m going to marry him one day.’ She laughed.”

Melanie, 45, who grew up in Kingsville, found out his name was Francisco Olivarez and he was from Saginaw, Mich. A few months later, they started dating.

The following Valentine’s Day, they attended a dinner for the Chaplains Corp and when Melanie sat down next to Francisco, she found something special on the table.

Francisco, 45, said the idea to propose with a candy heart just came to him as he was eating them.

“I came across a pink one that said, ‘Marry Me,’” he said. “She was busy with the chaplains so I put it at her seat. When she came back, she said, ‘Yes.’”

“When we called people to tell them, they thought we were joking because it was April Fools Day,” she said. “It took quite a while to convince them we were telling the truth.”

Melanie kept that candy heart in her jewelry box until nine years later when their then-4-year-old son, Hunter, ate it!

Three years ago, Francisco found another candy heart with ‘Marry Me’ printed on it.

Francisco praises Melanie for rearing their three boys by herself during his two deployments. He served five-and-a-half years active duty, then joined the National Guard in 2007 and served in Kuwait and Afghanistan. He’s attending Kent State University at Ashtabula, finishing his business/accounting degree.

Melanie left the military because of medical issues. Then she worked, took care of the children and went to the Edinboro University full-time, earning a degree in early childhood/elementary education, Francisco was serving in the Middle East. Today, Melanie is a teacher at a local daycare/preschool center.

Francisco said he couldn’t have gotten through it all without her.

“She was not only my rock but she is who kept me going while I was gone,” he said. “We are total opposites. I am quiet and reserved and she is loud and outgoing, but I wouldn’t have it any other way. She is the woman I fell for, almost literally [on the stairs that day at Fort Bragg], the first time I saw her and the woman I want by my side in our rockers.”

Francisco and Melanie will argue with anyone who says love at first sight doesn’t happen as they plan to celebrate 24 years of marriage April 1, with their three boys, Justyn, Frankie and Hunter and a grandson, Mylo.

“In one split second a duffle bag brought us together,” he said.

Melanie said she wouldn’t want it any other way or to do it with anyone else.

“I am so proud to call him my husband and best friend, my partner in life,” she said.