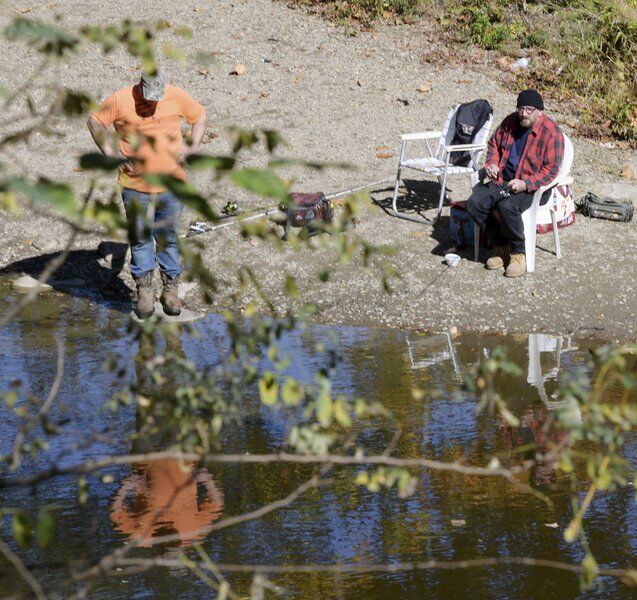 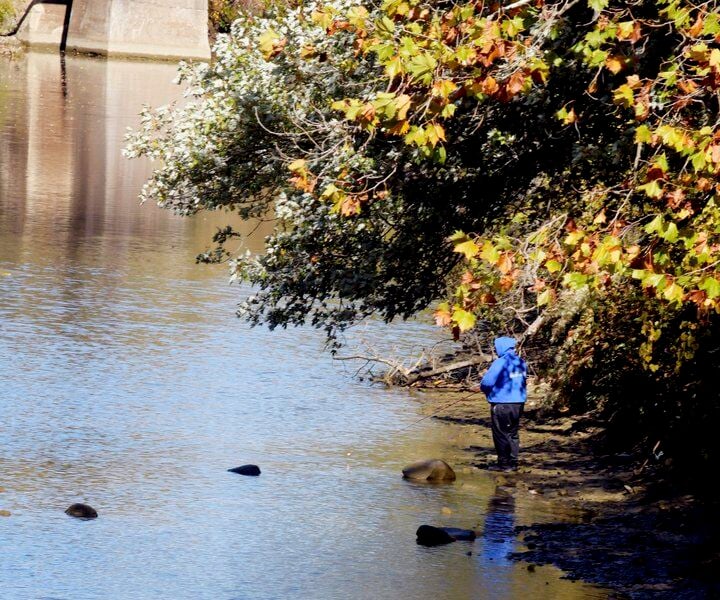 A fisherman is surrounded by colorful foliage while fishing on Friday in Conneaut Creek.

A fisherman is surrounded by colorful foliage while fishing on Friday in Conneaut Creek.

Fishermen are getting a little antsy to catch some steelhead trout as the fall fishing season gets ready to kick into high gear.

The biggest problem is lack of water in the areas creeks and streams, according to area fishermen.

"They are at the early stages of the river," said John Barbo, of Geneva, who spends a lot of time fishing near the Harpersfield Covered Bridge.

Barbo said significant rain is needed to help the fish get upstream.

"It's been decent traffic for how low the water is," said Courtney Fobes, co-owner of Conneaut Creek Float and Fly in Conneaut.

She also confirmed the fish are "down river" near the mouth of Conneaut Creek.

"They are starting to move and with this cooler weather they will really start to move," Fobes said.

While walleye remain in Lake Erie and head back to the western portion of the lake for the winter, steelhead trout move along creeks and streams. The advantage for the trout fishermen is the season never really ends.

"It goes all through the winter as long as the creek doesn't freeze," she said.

Tom Salsgiver and Bernie Eckman, both of Vandergrift, Pa., came to Conneaut on Friday to try and catch some trout.

"We thought with the rain these creek would be full but they are not. We are going to give it a shot," Eckman said while the pair readied their lines for an afternoon of fun.

Barbo said he will find some time to fish this fall, but spring is his main time to fish. He said some people use fly fishing equipment, while others use long rods and still others use the same fishing poles they use all year.