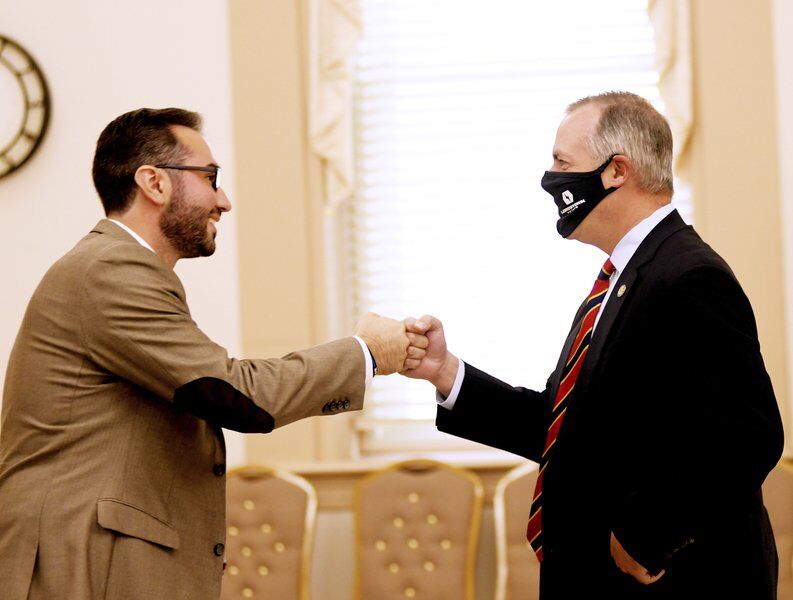 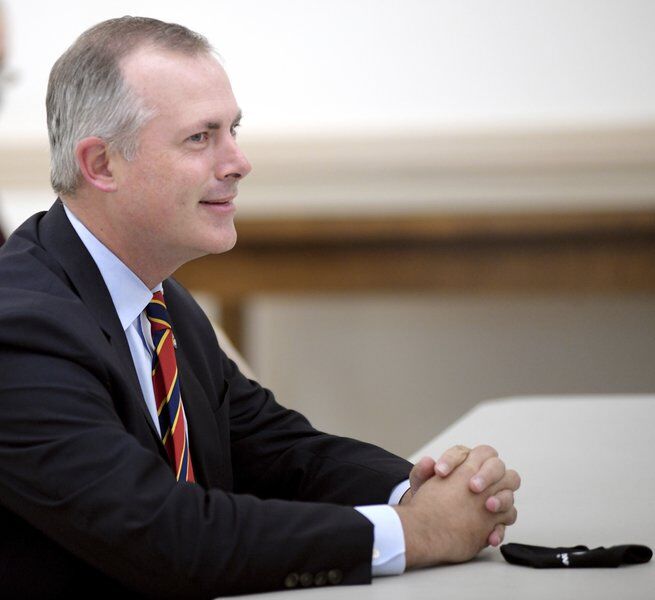 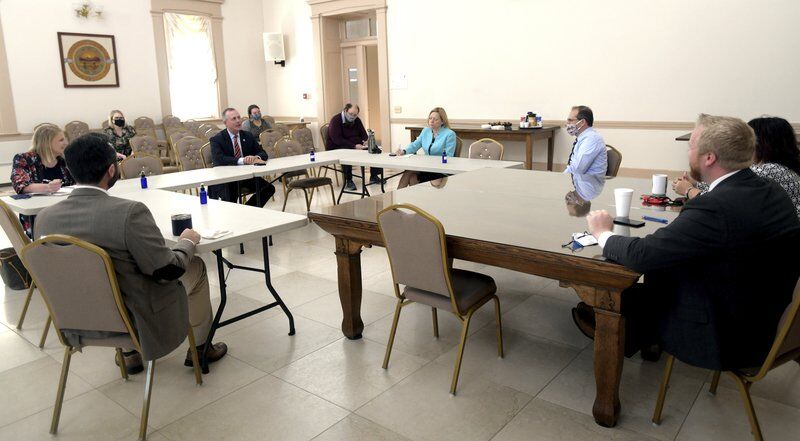 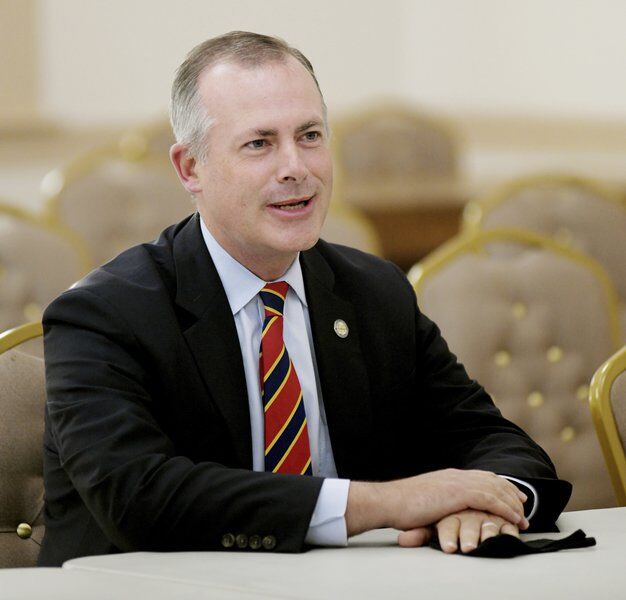 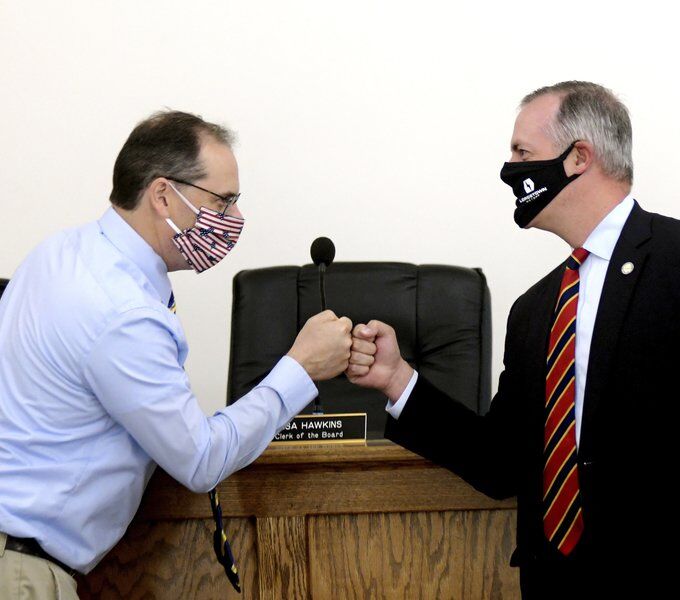 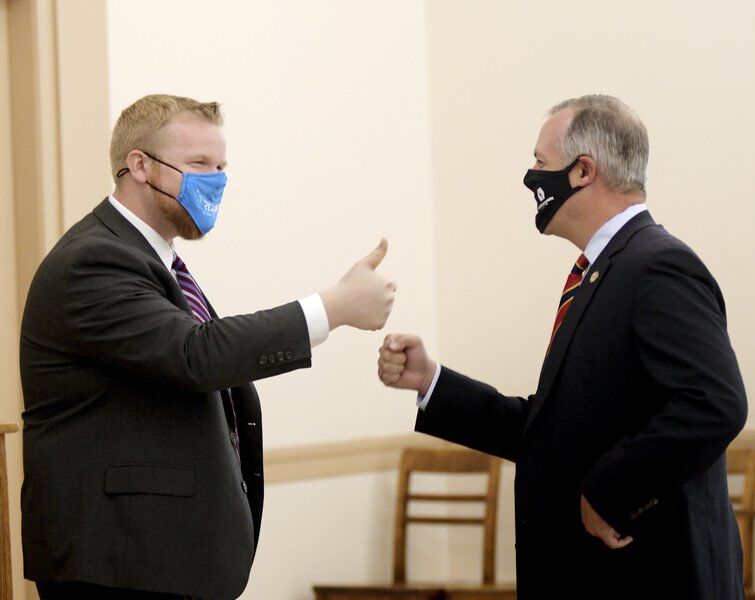 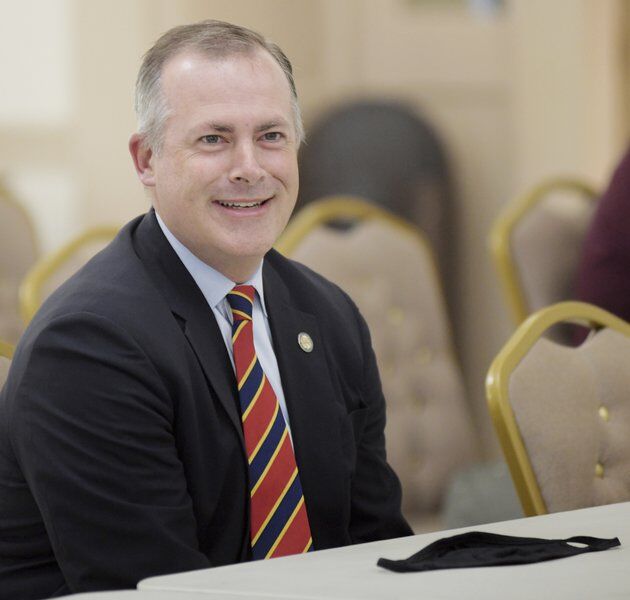 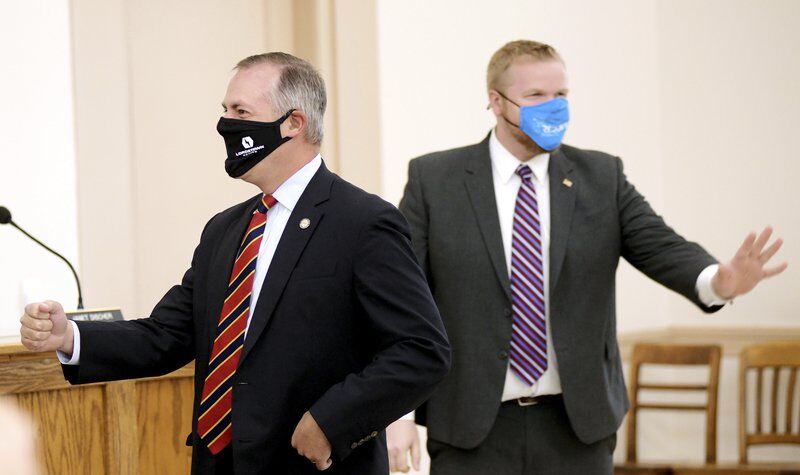 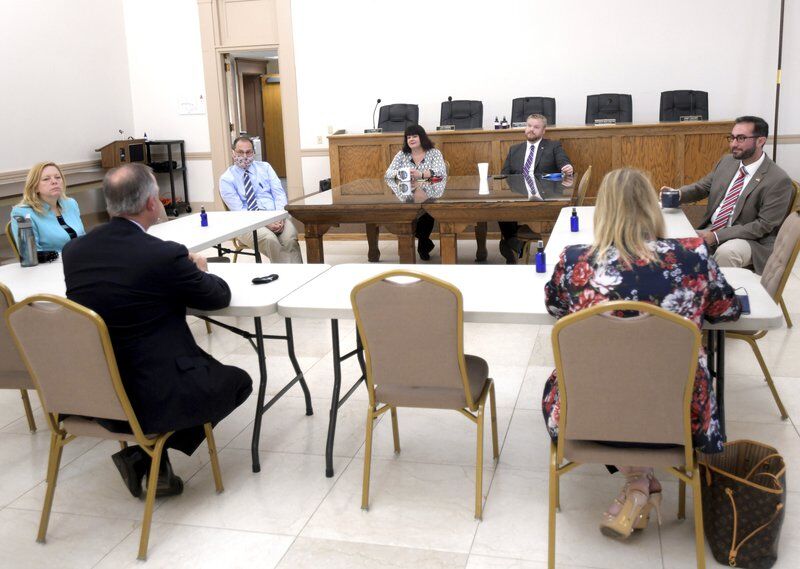 JEFFERSON — Ohio Treasurer of State Robert Sprague was in Jefferson on Tuesday to meet with Ashtabula County officials, discussing federal CARES Act funding and how the COVID-19 pandemic impacted the county.

Sprague met with County Commissioners J.P. Ducro, Casey Kozlowski, and Kathryn Whittington, County Treasurer Dawn Cragon, and County Auditor Dave Thomas. Sprague asked how the county had spent its CARES Act money. The county received around $1.3 million in CARES Act funding, which can be used to pay for expenses incurred due to COVID-19.

“I’m really proud of the actions that our county took early on,” Kozlowski said.

The county acted in a broad, bi-partisan manner to respond to the crisis, he said.

Ashtabula County made a $1.2 million budget modification soon after the start of the pandemic, Kozlowski said.

The county has used CARES Act funding to update technology and to fund a small business grant program. The grant program came out of the county economic recovery task force discussions, Whittington said.

“The community really seemed to be appreciative,” Whittington said.

The commissioners are thinking about a second round of grant funding, with additional CARES Act funding coming to the county.

The Akron Chamber of Commerce ran a similar grant program, and on the second round of funding, the chamber expanded the criteria, Sprague said.

“You’re using one-time money for a one-time expense,” he said.

When Sprague asked what the county would like to be able to do with the CARES Act money, the response was improving internet access.

“We’ve got really two major problems in the county,” Ducro said about internet access. “I think one is that our ... city areas don’t really have enough strength of internet to be competitive with technology-based businesses that we have a great opportunity to attract, because we have lots of vacant office space, building space, developmental space. But we have a rural area, the area south of I-90, that has little to no reliable internet for anything.”

Lack of internet access impacts the ability to work or learn from home, and to participate in remote doctors office visits.

It may not be economically feasible to run fiberoptic line to every house in the county, but solutions need to be found to allow people in rural parts of the county access to the internet, Ducro said.

“I think we need some state support to help us get that off the ground,” Kozlowski said.

Using the CARES Act money for broadband would be in a grey area, Thomas said. Additionally, the funds need to expended by Oct. 15, he said.