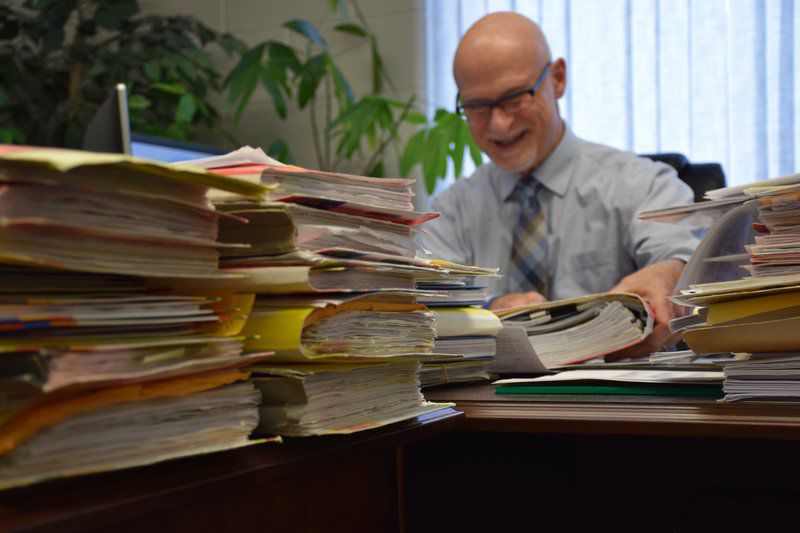 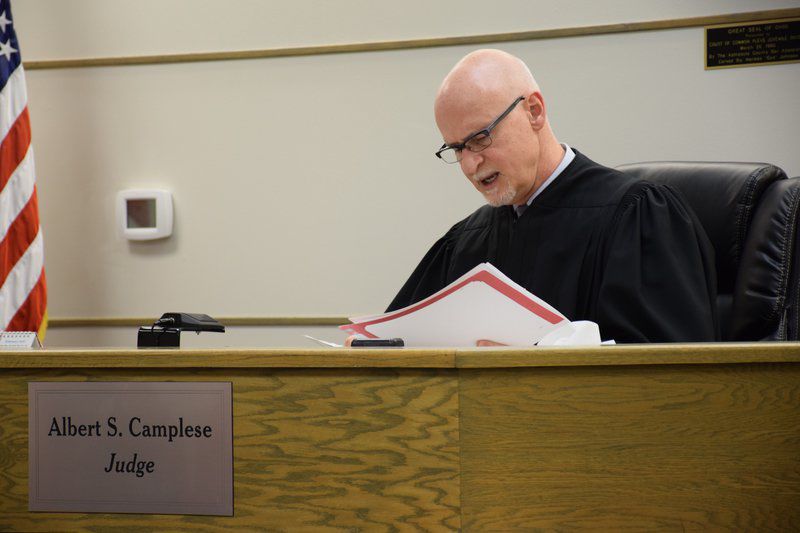 ASHTABULA — Last year, Juvenile Court Judge Albert Camplese held three times as many emergency hearings in that court than in 2015 — many involving temporary child custody or placement motions on behalf of the county Children Services Board.

“I need to run another courtroom because our volume is such. ... We are a very busy court,” he told the Star Beacon last week.

The sudden spike can be largely linked to drug-related child neglect cases in the county, which are rising along with opioid use in the state, according to Tania Burnett, CSB executive director.

Ohio is quickly becoming the epicenter of the opioid crisis, if it isn’t already.

In 2015, close to 3,900 drug samples tested in Ohio contained fentanyl — a pharmaceutical opioid 100 times stronger than morphine — more than any other state that year, and 30 percent more than the second place state, Massachusetts, according to the National Forensic Laboratory Information System.

The state Bureau of Criminal Investigation tested for fentanyl in about 2,400 cases last year, more than double as many in 2015, according to the bureau.

About two-thirds of the county Children Services Board’s current open cases involve parental drug abuse, Burnett said — mostly of opioids like heroin or the increasingly ubiquitous synthetic fentanyl, but also methamphetamine. In all cases, however, children are in danger.

“Our case loads are higher than we’d like them to be right now,” Burnett said.

The board can’t remove children from a home without a court order, but in emergency situations it can file ex parte orders and eventually show children in the home are at imminent risk of harm.

In many cases, children are put into temporary state custody after testing positive for drugs at birth, she said. Other home conditions could also show probable cause for an emergency placement — exposed drug syringes, the parents’ inability to care for their child due to incapacitation, or unsanitary conditions.

Ohio has seen an 11 percent increase in the number of children in state custody and a 17 percent increase in related costs since 2010, according to the PCSAO. Burnett didn’t have county figures available Friday, but said her department’s seen a similar increase.

Though the proposed state budget includes $138 million for protecting children from drug abuse through the Department of Job and Family Services, she added children services agencies aren’t seeing any new state money.

“There’s a lot of talk because of the state budget again not providing any additional funds,” Burnett said. “But we’re still trying to, since 2010, impress upon the governor that we need more funding. But so far, we haven’t heard any good news.”

‘Reunification with the children’

Camplese said his court is still pursuing certification for its

program, as one of six pilot sites in the state establishing such specialized dockets through the Statewide System Reform Program, or SSRP.

Court Administrator Andrew Misiak recently presented results of the court’s evidence-based practices through SSRP initiatives to the state Supreme Court in Columbus, and the court will soon submit its formal application to the state.

The new program functions exactly like the county Common Pleas Court’s drug court program — which instead diverts non-violent drug offenders into treatment programs and conducts weekly check-ins — but those on its docket “are working for reunification with their children,” Camplese said.

Once the juvenile court is certified numerous funding avenues will become available, possibly including a large federal infusion passed down from the state, she said.

Burnett said the Children Services Board will have a dedicated case worker to work with families of drug offenders on a case plan and court mandates.

“We’re hoping it provides quicker access to families who need treatment, (when) they’re at that point where they’re willing to get into treatment,” she said.

“We’re hoping if they get into treatment quicker, they’ll see results quicker and kids won’t have to be out of their homes long.”