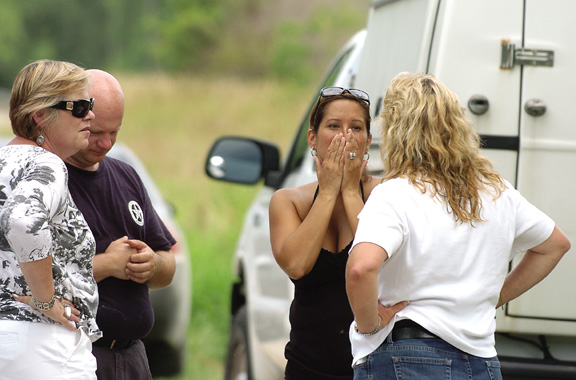 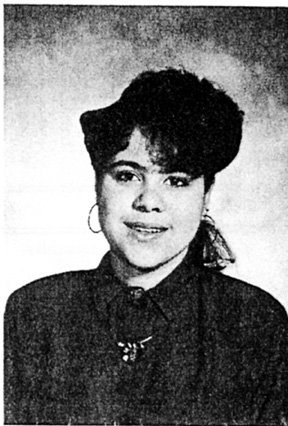 Close family and friends waited in the oppressive heat for any news that would bring closure to the 14-year disappearance of Anna Marie Zirkle, 22, of Columbus.

About 20 federal and local law-enforcement agents from as far away as Columbus searched a nine-acre wooded area at 4507 Old Plank Road for a second day on Wednesday, looking for Zirkle’s body.

Zirkle, who previously lived in Warren with her two small sons and the father of the children, is believed to have been slain and then possibly buried in Windsor Township 14 years ago, according to news reports.

“It was pretty rough (emotionally) when I first got here,” said LuAnn Zirkle, Anna’s mother, who has been hoping for a solution to her daughter’s disappearance. “We want her children to know their mother did not walk away from them,” she said.

Anna’s two sons, who are now 16 and 17 years old, are being reared by their paternal grandparents in Warren, LuAnn Zirkle said.

Ashtabula County Sheriff William Johnson said his department was only involved in obtaining a search warrant.

“We will assist if necessary because we are in Ashtabula County, but this is being handled by Columbus Division of Police,” Johnson said.

At 3:20 p.m., police officials met with the family and informed them they were “wrapping up” the search on Old Plank Road as no evidence was found.

“No remains were found, and no evidence was removed from this site,” said Kathie Justice, of the Columbus Division of Police’s homicide squad.

“This does not mean that we cannot revisit this site if new information comes to us, and we are not giving up on this case. This is still considered an ongoing investigation,” Justice said.

Agents seemed focused on an area about 50 yards from the road, near a mobile home, but no body was found.

“Anna and I were high school buddies. We went to Harbor High School together in 1988-89,” said Janet Garcia, family friend, who was waiting at the scene for news.

Zirkle was in foster care and then later was adopted by a Saybrook Township couple, Garcia said.

According to news reports, after she graduated from high school, Zirkle moved to Warren, where she lived with the children’s father, Derrin D. Williams. She then moved to Columbus and was reported missing shortly afterward.

Zirkle went missing Feb. 1, 1997. She was last seen with her children’s father’s cousin, Troy Austin, leaving her home at 354 N. Roosevelt Ave., Columbus, according to a press release. The release states that she told Austin she was “tired of everything and that she had to get away.”

Williams was in Warren. The press release said she gave Austin money to put her children on a Greyhound Bus to be with Williams.

On Feb. 6, 1997, Zirkle’s neighbor called the Columbus Police Department’s Juvenile Bureau and filed a missing-persons report. The neighbor was concerned because Anna would not have left her two sons behind. “She would have taken them with her,” the press release said.

In October 2010, the Columbus Police’s Homicide Cold Case Squad received some information from U.S. marshal Bill Boldin concerning Zirkle. During the course of the investigation, numerous friends and family were interviewed, and all agreed Zirkle had not been seen since February 1997 and she would not have left her sons behind.

“It is believed that Anna is a victim of foul play,” the press release said.

Justice said Wednesday, she doesn’t have a definite suspect but she welcomes any fresh information. Anyone having any further information is asked to contact Crime Stoppers or the Cold Case Squad (614-645-4860) or the Ashtabula County Sheriff’s Department (440-576-0055).

“These past 14 years have been a roller-coaster of emotions, and it is very hard at times,” Zirkle said. “I have a thing about butterflies; when I see one, I think of Anna.”