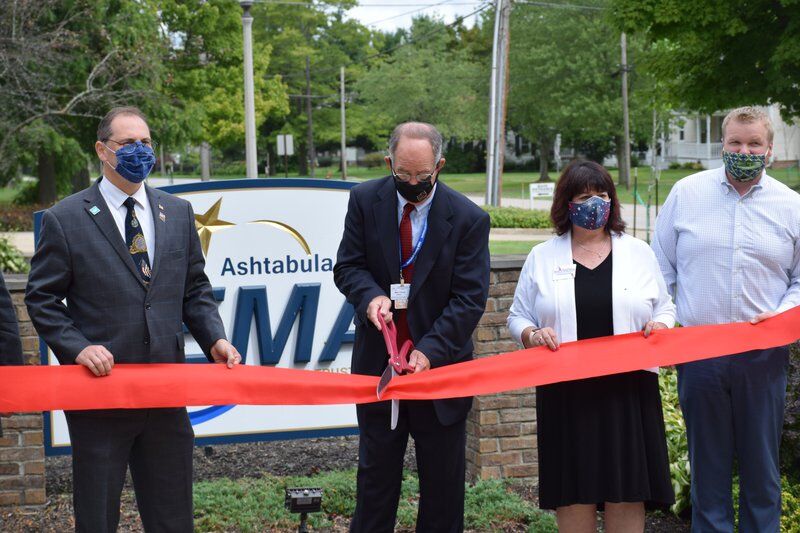 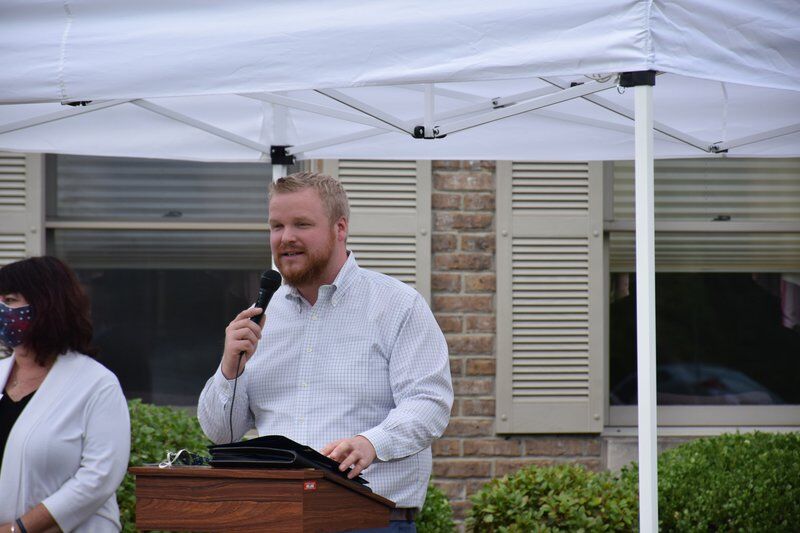 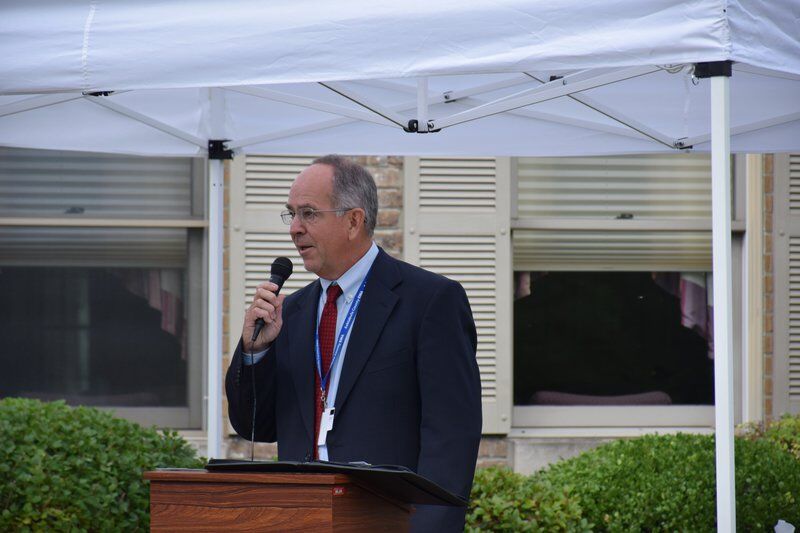 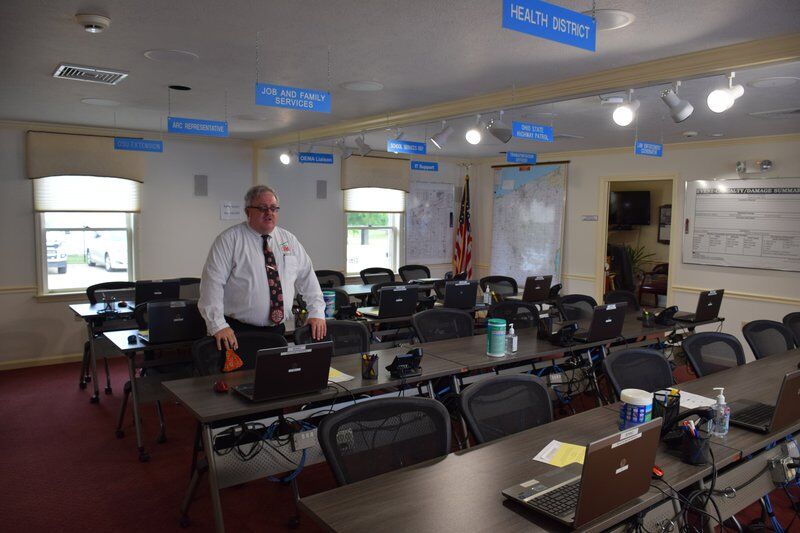 The event had a somber start, with EMA Director Mike Fitchet asking for a moment of silence to remember those who died on September 11, 2001.

“From our standpoint at emergency management, we have to learn from those tragedies, and take those forward,” Fitchet said. “If we don’t, that’s really a shame. We will learn from the pandemic we’re in now.”

Fitchet thanked the Ashtabula County Commissioners and County Administrator Janet Discher for their work on moving EMA into a new office. He also thanked Growth Partnership, the previous tenant of the building. The previous EOC was housed in the county courthouse basement. Fitchet also thanked the EMA staff and the people who staff the EOC.

“We hope that this new EOC serves as a facility that you can well-utilize for your respective operations,” said Casey Kozlowski, president of the county commissioners. “We all fully recognize how important emergency preparedness, here in country, of course, in our state, and most certainly in our county. So we wanted to ensure that we had an operation that we could fully function out of.”

“The benefit of this building is it’s all new technology,” Fitchet said. The new technology will help move EMA into the future, he said.

The new office’s emergency operations center is about one third larger than the previous office’s EOC, not including additional office space at the new location, said Tim Settles, deputy director of the EMA. “We love it here,” Settles said. There is also an executive group conference room in the building, for high-ranking officials to meet during emergencies.

The EOC won’t be sitting idle for long. It will be used on Tuesday for a nuclear power plant graded exercise involving Ashtabula, Lake and Geauga counties, the state of Ohio, and the power plant, Fitchet said.

In the past, 30 evaluators would be in the EOC observing the exercise, Fitchet said. This time, it will be observed virtually. “It’s an assurance drill to make sure that we can follow through the processes,” Fitchet said.

ASHTABULA [ndash] Deborah Gail Lawson, 55, passed away September 14, 2020 following a long illness. Services to honor her life will be held at a future date. Online obituary and a place for condolences at www.czupfuneral.com

CONNEAUT [ndash] Jerry Wade, 52, passed away Sept. 15, 2020 at the Hospice House in Cleveland with his loving family at his side. Services to celebrate his life will he held at a future date. Online obituary: www.czupfuneral.com