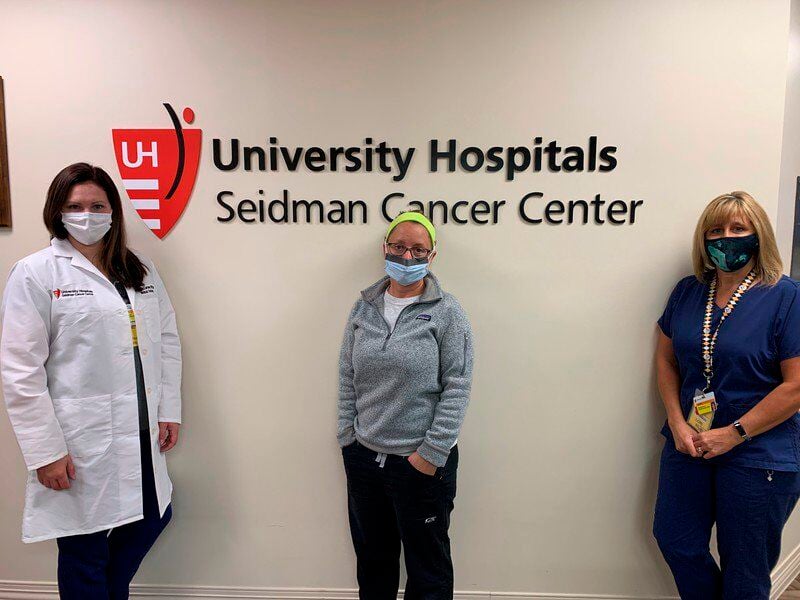 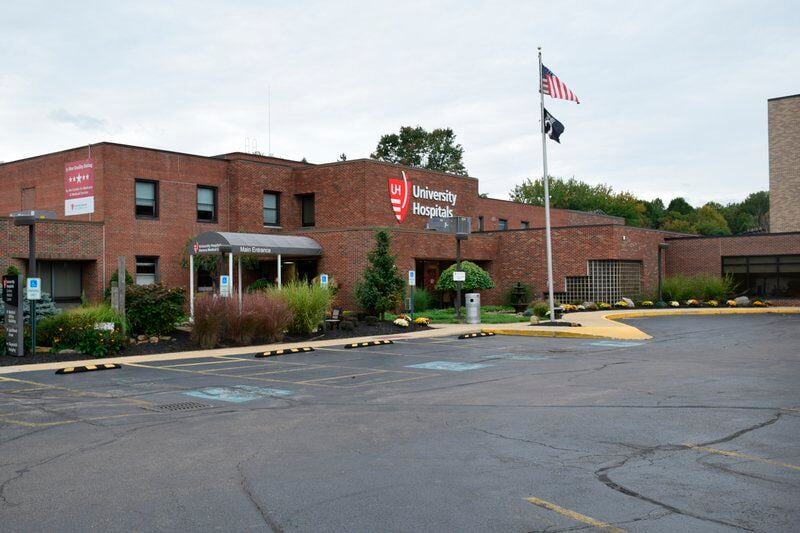 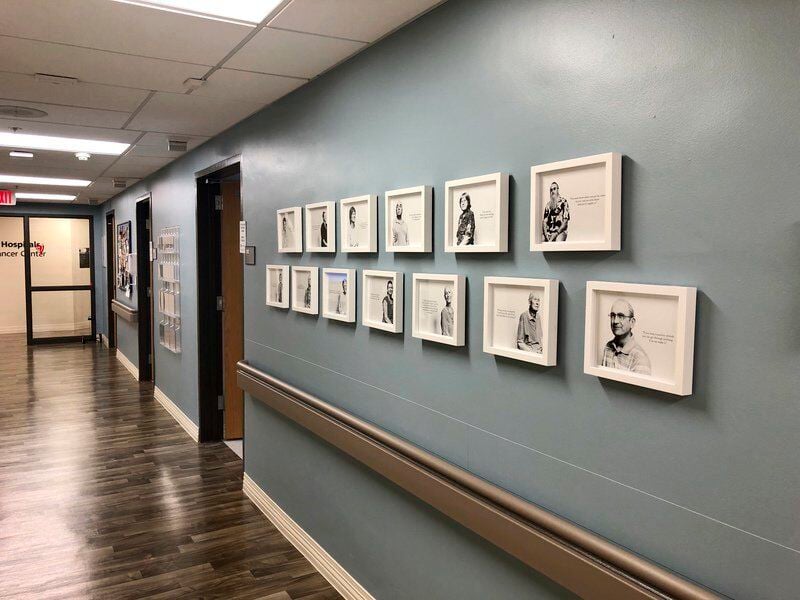 Black and white portraits of patients with quotes from them hang on the wall in the Cancer Center. It provides a boost for patients, to see that other people have gone through the same thing, according to UH.

Black and white portraits of patients with quotes from them hang on the wall in the Cancer Center. It provides a boost for patients, to see that other people have gone through the same thing, according to UH.

“Early detection is the best protection,” Goel said. “Getting the mammogram promptly at the age of 40 and yearly thereafter is probably the most important prevention mechanism.” UH will cover the cost of mammograms for the uninsured and work with patients to find an insurance plan if something is found on the mammogram, Goel said.

“I think that’s good, because we as a community, or as health organizations in the community, do spend a lot of time focusing on breast cancer eduction, breast cancer outreach, and if there’s one thing we’ve really pushed, it’s our mammography screening,” Goel said.

Ashtabula County has a slightly lower rate of breast cancer than the state of Ohio, and about the same rate as the rest of the nation, Goel said. The county is doing pretty good when it comes to breast cancer, Goel said.

The incidence of all cancers in Ashtabula County is lower than the state average, but the death rate is slightly higher, Goel said.

“The earlier the stage, the more likely you are to be able to cure the cancer,” he said. “So the whole point about early detection is you get it at a time when it’s very small, it hasn’t spread to the other lymph nodes. You can do a very small operation.” Goel recently had three patients that found their cancer early, he said.

Both UH Conneaut and Geneva can perform mammograms in-house. UH has the same machines and the same standards across the entire hospital network, Goel said.

To reduce the chances of getting breast cancer, people should get mammograms on time, eat a healthy diet, limit alcohol to two drinks per day or less, exercising every day and working to prevent post-menopausal obesity, Goel said. Men can also get breast cancer, though it’s much less likely, he said.

Both UH Conneaut and Geneva have cancer treatment centers.

“The amount of gratitude that patients have, to be able to get their treatments locally, you can’t even put a price on that,” Goel said.

Both UH locations have seen a large increase in the number of patients coming through the cancer centers, Goel said.

Patients from Conneaut used to have to travel to UH Geauga and other UH locations for cancer treatment, Goel said.

“The results speak to that,” she said. “It’s less stress, they feel better ... because they’re being cared for, a lot of times, by people they know.”

UH is currently raising funds for both locations, Gottsegen said. Donations can be made to either project at www.uhgiving.org