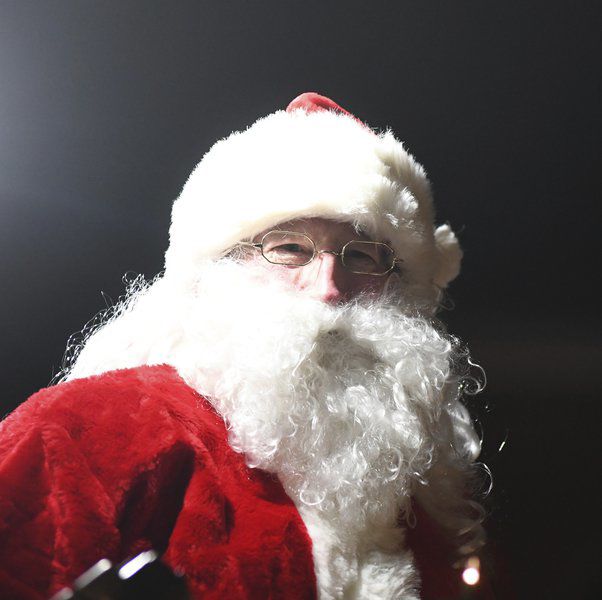 Santa arrives in Geneva on Friday evening at the end of the Christmas parade. 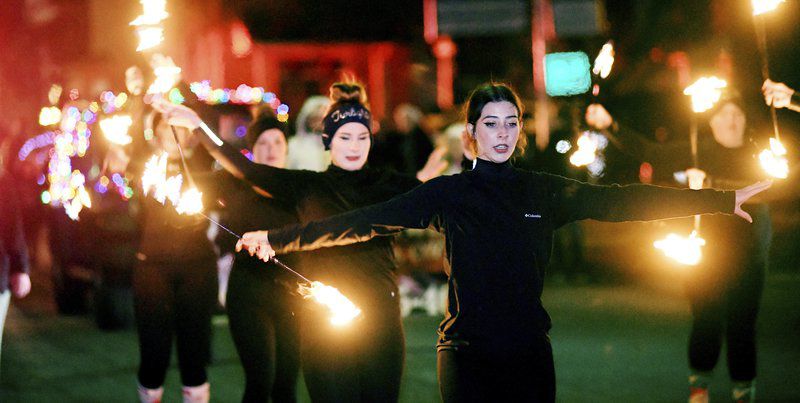 Twirlers light up the darkness with lit batons on Friday evening during the Geneva Christmas parade. 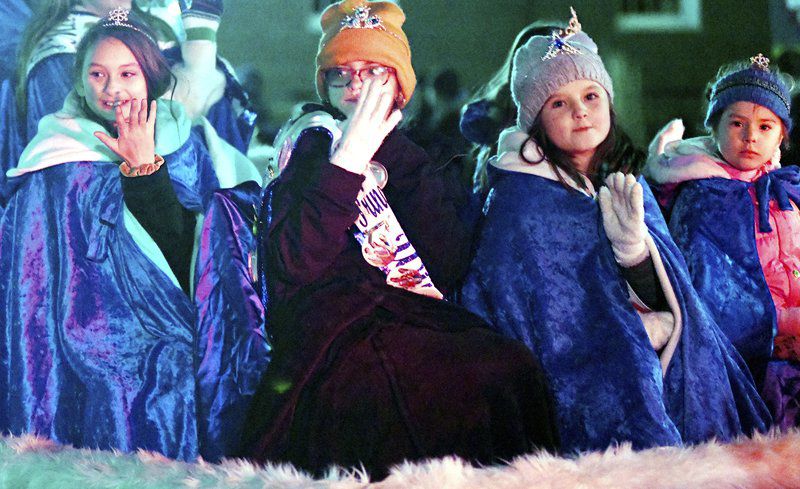 Geneva Winterfest royalty wave to the crowd on Friday evening during the Geneva Christmas parade.

Santa arrives in Geneva on Friday evening at the end of the Christmas parade.

Twirlers light up the darkness with lit batons on Friday evening during the Geneva Christmas parade.

Geneva Winterfest royalty wave to the crowd on Friday evening during the Geneva Christmas parade.

GENEVA — Dozens of children frantically waved to Santa wishing him a Merry Christmas as he arrived in Geneva on the back of a fire truck Friday evening.

Forty units rode, marched or rolled down Broadway as hundreds of people lined the road to see their loved ones participate in the annual Christmas parade, while younger families introduced their children to a new tradition.

Cindy Petro, of Geneva, said her family loves to watch the bands. A wide variety of floats, political leaders, twirling groups and yes the Geneva High School Band performed. Parade fans didn’t have to battle the elements quite as much as many years when temperatures have dipped into the teens and been accompanied by winds and snow.

Tony Long, a member of the parade committee, said the event has been going on for many, many years.

“We just do it for the community. It is fun to see the kids. They look forward to it,” he said while waving each unit into the parade.

Mary Kay Gerson has been the parade coordinator for more than a decade and said the 40 units were a wide variety of groups.

“A lot of very nice floats this year,” she said.

She said organizing the parade started back in September. Gerson said the biggest challenge is insuring it is a safe event and each unit gets to the proper place in the parade.

Members of the Geneva police and fire departments blocked traffic or rode trucks in the parade. Many parents used their cell phones to video the event for posterity.

The ultimate parade organizer joy however is “Seeing the kids waving to Santa,” she said.

ASHTABULA [ndash] Mother, grandmother, great-grandmother, sister and aunt was received into the loving arms of Jesus, March 31, 2020 while a resident of Country Club Retirement Center. Private Services are being held. See www.ducro.com for full obituary.