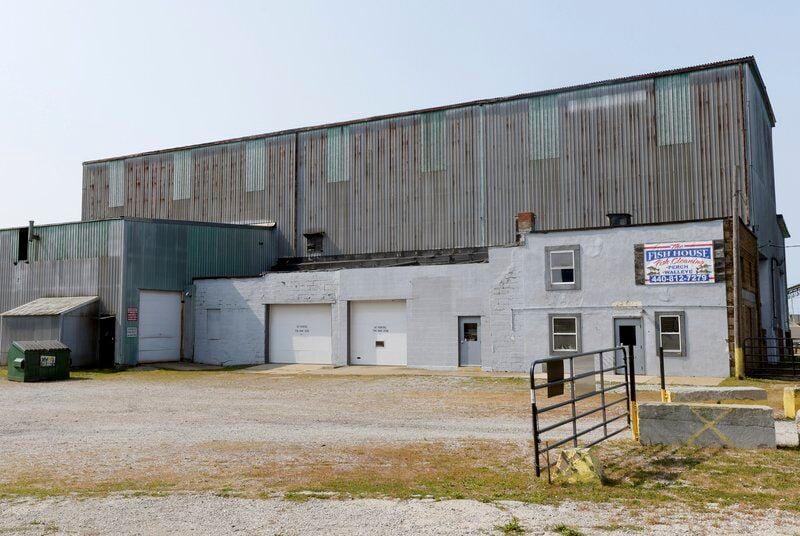 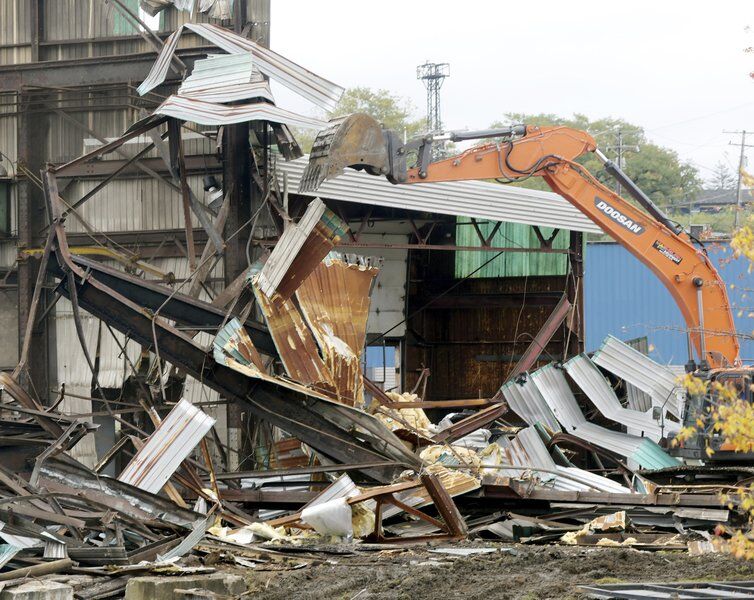 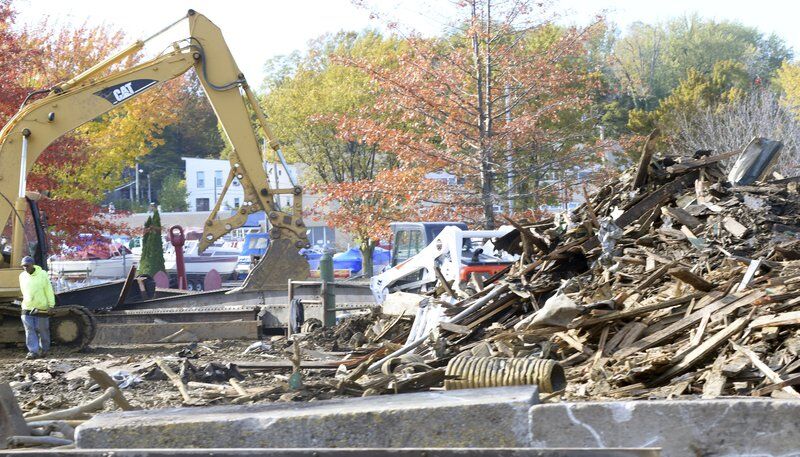 Heavy machinery was used to knock down the former Marshall Marina last week in Ashtabula Harbor. The building was on the ground by Friday.

Heavy machinery was used to knock down the former Marshall Marina last week in Ashtabula Harbor. The building was on the ground by Friday.

Since the removal of the building, part of the Marshall Marina, there’s a spectacular view of the historic Bascule bridge when driving down East 6th Street, said Mary Lou Marshall, wife of the owner, David Marshall.

David Marshall owned the Lake Shore Steel Company and the building since 1964.

Throughout the next 25 years, he employed more than 200 people at his fabrication shops in Ashtabula, Marrietta, Ohio and Charleston, W. Va.

In later years, the Ashtabula building was used for boat storage, among other things.

City Manager Jim Timonere said the Marshalls have discussed tearing down the structure for quite some time.

“We have been eager to see the east side of the river developed and now that this demolition took place, we hope to see that happen,” he said. “It is a path forward and we are hopeful a new project will emerge on this property.”

Marshall said he has received serious inquiries about the future of the property.

“I’m looking for a positive future for the Ashtabula Harbor,” he said. “I’ve had a good life here in Ashtabula. I have nothing negative to say about Ashtabula.”

Mary Lou Marshall said there’s an interesting story about the origin of the building, and it includes former city manager Dave Deluca.

That building was a machine shop with a 25-ton bridge crane across the Ashtabula River, when David Marshall heard the shipyard was going to be scraped.

At the time, Marshall’s Lake Shore Steel Company was only a small fabrication shop at the current location.

“City Manager Dave Deluca thought that building would be excellent for my business,” Marshall said. “I bought it from the demolition company, took it down in pieces and floated it down the river on a barge.”

Then Marshall put it back together and installed bridge cranes. He moved all of his fabrication equipment into the building.

“We operated all our fabrication out of that property for more than 30 years,” he said. “The company did mostly industrial work in chemical plants and the steel industry.”

Marshall retired in 1990, and sold all of the fabrication equipment. The building has been a warehouse ever since.