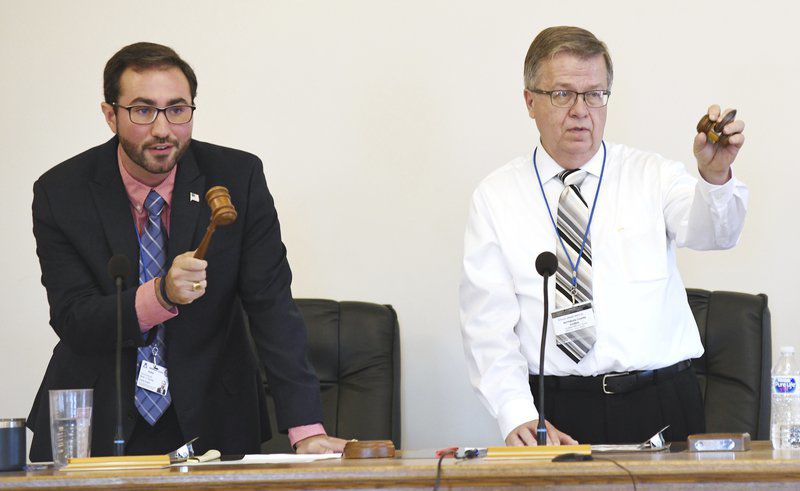 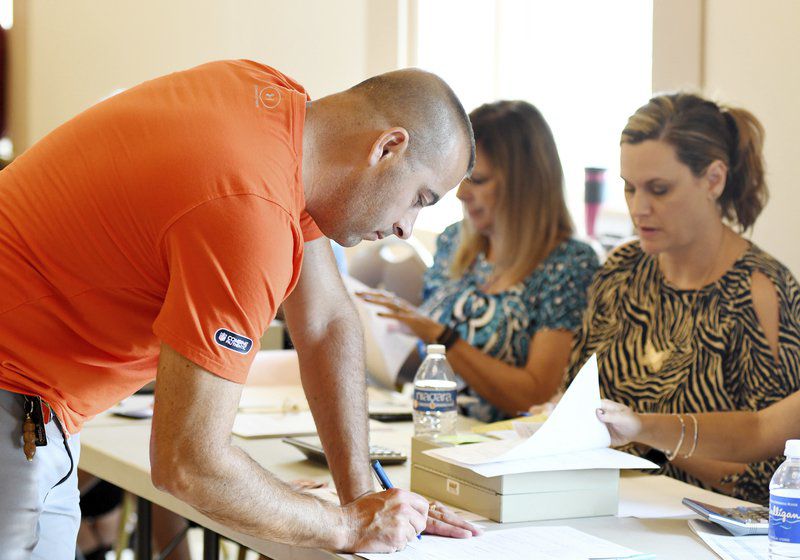 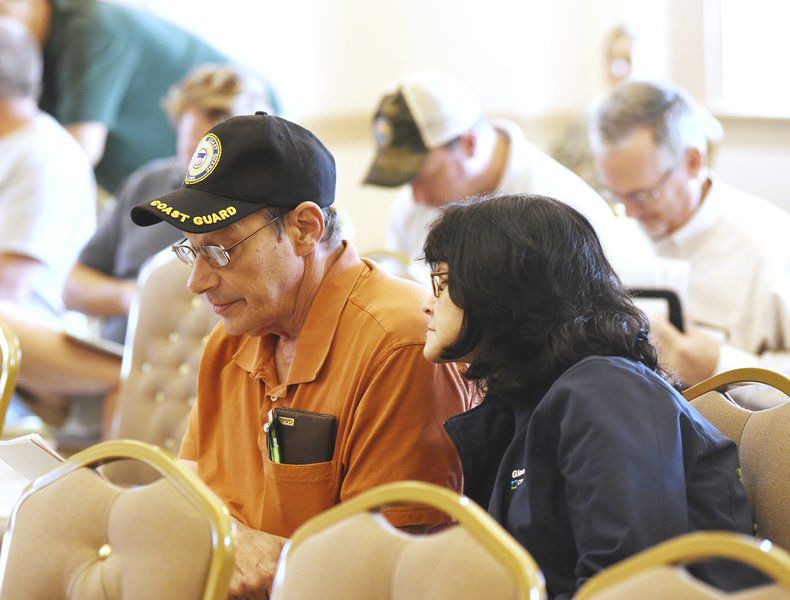 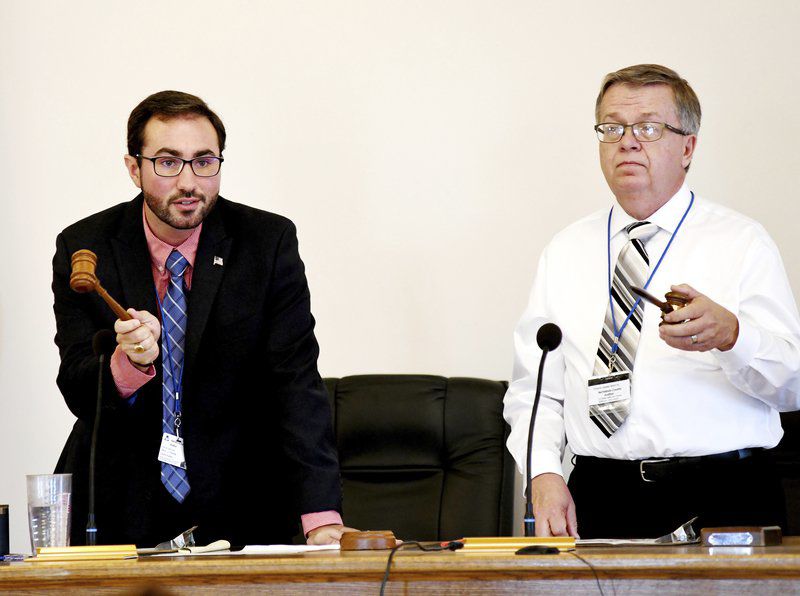 JEFFERSON — More than 80 properties were sold at auction Monday morning, bringing in around $90,000 to county coffers.

The Board of County Commissioners meeting room was filled with 110 bidders who vied for 102 properties, 85 of which were sold, at the Forfeited Land Sale. The auction was conducted by County Auditor David Thomas and Real Estate Manager Dennis Huey.

Many of the properties on Monday’s auction list date back several years from when foreclosure, initiated by Treasurer Dawn Cragon, first began, Thomas said.

“The treasurer and prosecutor have been very helpful on working as fast as possible to get these to sale,” Thomas said. “That way they get back on the (tax) production list.”

McTrusty, owner of Kids Only Daycare on State Road, said she hopes through buying the property she will be able to expand the playground.

There were also 20 vacant parcels in Roaming Shores on the auction block, something Thomas said is unusual.