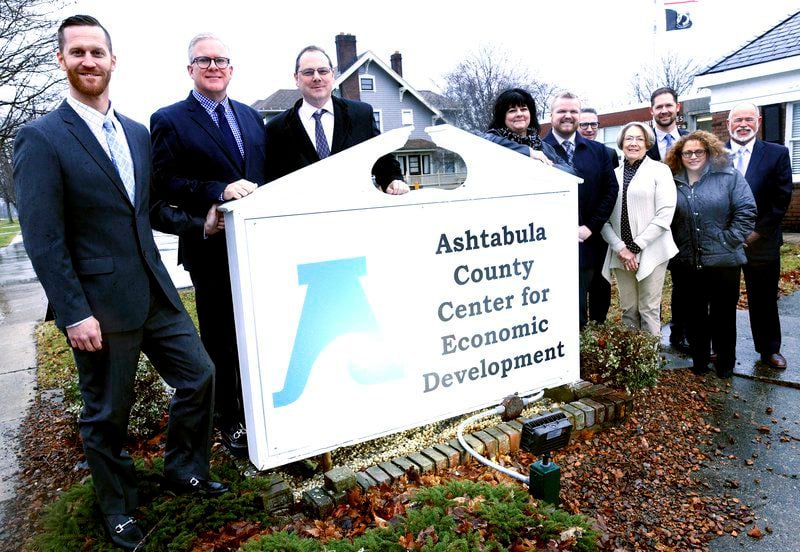 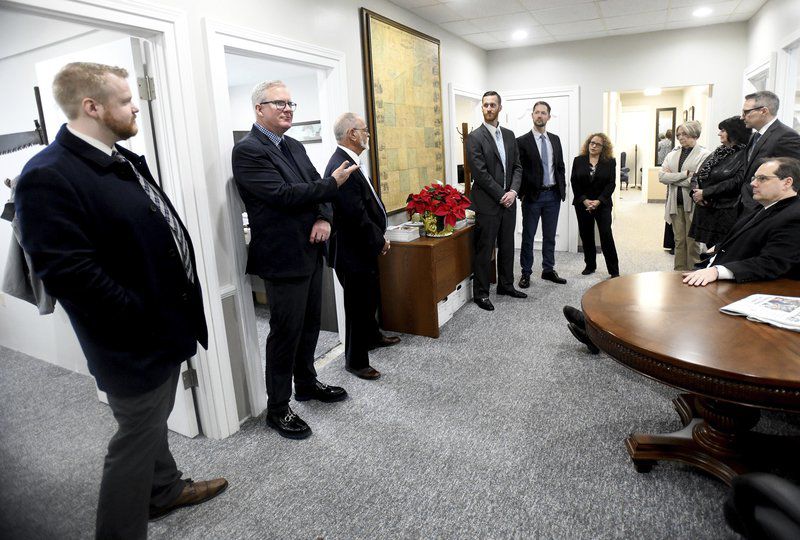 JEFFERSON — Officials from the county’s three economic development arms gathered Friday to officially mark now being housed under one roof.

In March, the county, which owns the current building, purchased the former Growth Partnership building at 12 N. Market St. for $337,200. It now houses the Ashtabula County Emergency Operations Center.

During a Friday ribbon-cutting ceremony, officials lauded the move, and they said having all three entities under one roof makes sense from a logistics standpoint.

Greg Myers, Growth Partnership executive director, said working relationships depend largely on the personalities of the people doing the work.

“There are really good people working in these organizations and it makes the day-to-day work a lot easier and a lot more effective,” Myers said.

Commissioner J.P. Ducro said having all three in one building is also a benefit for those businesses or organizations seeking to contact and collaborate economic development agencies.

“An organization that may not be familiar with Ashtabula County now has one physical location they can come to and one phone number they can call,” he said. “It shows a lot more professionalism for the county.”

Rob Schimmelpfennig, president of the Ashtabula County Port Authority, said for several years there has been a desire to move all the entities under one roof. There was a time when all three were under one roof years ago, but at a certain point the Port Authority decided to move out on its own.

“We wanted everyone to be able to collaborate in one place,” he said. “It’s nice to get everyone back together.”

Jerome Brockway, president of the 503 Corporations, said the leadership team is exceptional.

“They all bring years of experience with economic development,” Brockway said. “The projects they’ve currently been working on are exciting for the county.”

James Mayer, president of the board of Growth Partnership, said the team of leaders are relatively young but they have a wealth of experience.

“We could see this team working together for 10, 12 years and it will be great to see what they accomplish in that period of time,” Mayer said.

Mark Winchell, executive director of the Ashtabula County Port Authority, said the Port Authority focus will continue to be upgrades and investment to aging infrastructure as a way to make the area more attractive to business and industry.

“From the Port’s perspective, it really is about increasing, enhancing and replacing infrastructure to allow for more development to happen,” Winchell said.

Myers said infrastructure is the “foundation” for future growth and the word is out that Ashtabula County has all the necessary pieces for commercial and industrial development.

“When you pair the gas line, raw water lines with deep water ports and rail and highway accessibility that becomes the foundation from which we can advance development opportunities,” Myers said.

Sarah Bogardus, executive director of the 503 Corporation, who took the helm of that organization in October, said she’s excited to work with Myers and Winchell.

“Multiple times I’ve gone to their door for their expertise and knowledge,” Bogardus said. “I have an economic development background, but I have a learning curve as well. Working with them has been helpful to me as a new person.”